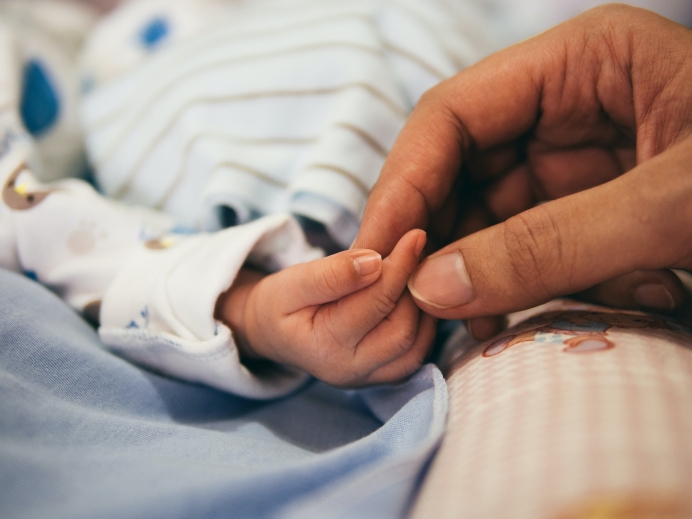 The Human Fetal Tissue Research Ethics Advisory Board of the National Institutes of Health (NIH) met for the first time on July 31, to advise the Health Secretary on the ethics of research proposals involving fetal tissue of aborted babies.

The board was first announced in June of 2019, when the Trump administration decided to halt new research with aborted fetal tissue at NIH facilities, and limited funding of such research conducted outside the NIH.

For the research conducted outside the NIH, or “extramural” research, the administration announced that an ethics advisory board would be appointed to consider such funding and advise the secretary of Health and Human Services (HHS) on the proposals.

Some researchers have called for the administration to end its moratorium, saying that research with aborted fetal tissue could be vital to developing treatments and a cure for the new coronavirus (SARS-CoV-2).

In February, the HHS announced that it would begin accepting nominations to the board, and during that time period, some researchers at an NIH research laboratory told the Washington Post that the administration’s moratorium on fetal tissue research was hindering possible advances in research on treatments for the coronavirus.

Dr. David Prentice, now a member of the NIH Human Fetal Tissue Research Ethics Advisory Board, told CNA in March that the timing of the comments was peculiar as it could have been related to the consideration of appointments to the board.

Several leading coronavirus vaccine candidates are using cell lines from aborted babies, including some funded by the U.S.; other candidates have been determined to be “ethically uncontroversial” by the pro-life Charlotte Lozier Institute.

One candidate in particular—being developed by Moderna and the National Institute of Allergy and Infectious Diseases—is not using fetal cell lines directly in production, but is based on research that involved aborted fetal cell lines. As Moderna was not involved in that research, CLI said that the vaccine candidate is “ethically uncontroversial.”

The NIH ethics board members are appointed for a duration that lasts as long as the board is convened; the board’s charter says that “[t]he estimated annual person-years of staff support required is 0.7.” Appointments to the board are made by the HHS secretary.

Heading the advisory board is Paige Cunningham, interim president of Taylor University, an evangelical Christian university in Indiana.

Several Catholic bioethicists are on the board, including Fr. Tadeusz Pacholczyk, director of education at the National Catholic Bioethics Center. The co-chair of the Catholic Medical Association (CMA) ethics committee, Greg Burke, is a member, along with CMA member Dr. Ashley Fernandes of the Ohio State University medical school.

The pro-life Charlotte Lozier Institute (CLI) is also represented on the board, with CLI vice president Dr. David Prentice and associate scholars Ingrid Skop and Maureen Condic as members.

Some board members, such as Dr. Lawrence Goldstein of the University of California San Diego, support fetal tissue research; he called cell lines from fetal tissue “critical in vaccine development,” along with stem cell research and the use of “humanized mice” to develop “immune cell-forming tissues.”

Two members testified in 2016 before the House select investigative panel of the Energy and Commerce Committee, in a hearing on “bioethics and fetal tissue.”

Cunningham said at the hearing that “[t]he fetus is a human subject entitled to the protections that both traditional and modern codes of medical ethics provide to human subjects.”

“We have decided that we can legally abort the same fetus that might otherwise be a candidate for fetal surgery, even using the same indications as justification for acts that are diametrically opposed,” he said. “We call it the fetus if it is to be aborted and its tissues and organs transferred to a scientific lab. We call it a baby, even at the same stage of gestation, when someone plans to keep it and bring it into their home.”

“If we cannot act with moral certainty regarding the appropriate respect and dignity of the fetus, we cannot morally justify its destruction,” he said.

Tweet This: If we cannot act with moral certainty regarding the appropriate respect and dignity of the fetus, we cannot morally justify its destruction.

During the public portion of the July 31 meeting, board members were introduced and then heard from several researchers who were either in support of or in opposition to research using fetal tissue from elective abortions.

The 2008 Vatican document Dignitatis Personae addressed the topic of aborted fetal tissue research, saying that “there is a duty to refuse to use such ‘biological material’ even when there is no close connection between the researcher and the actions of those who performed the artificial fertilization or the abortion, or when there was no prior agreement with the centers in which the artificial fertilization took place.”

“This duty springs from the necessity to remove oneself, within the area of one’s own research, from a gravely unjust legal situation and to affirm with clarity the value of human life,” the Congregation for the Doctrine of the Faith document stated.