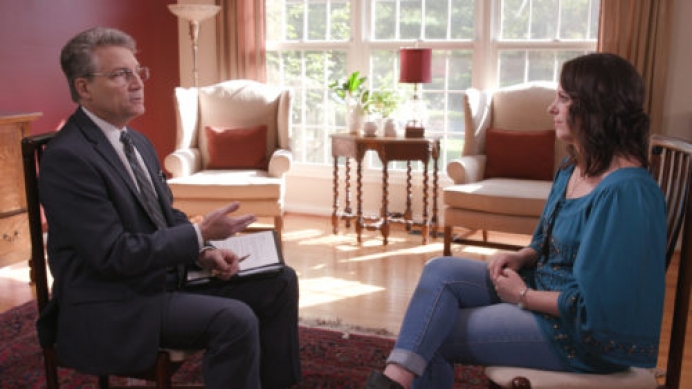 WATCH: 3 Women Give Powerful Look at Harms of Chemical Abortion

When Tammi Morris first sought out a chemical abortion in 1995, she was told it would be a safe, simple, mostly painless process.

“It wasn’t very long at all after I took that abortion pill that I began to experience labor, and it didn’t take long at all for those labor pains to intensify,” she told Brad Mattes, president of Life Issues Institute, in the powerful new documentary, A Closer Look at the Chemical Abortion Pill.

Although she had given birth to a daughter as a teenager and experienced a surgical abortion in her past, Morris was not prepared for what was to come.

“This was horrific,” she said. “This was me alone, afraid, and feeling like I’m gonna give birth...to death.”

Morris was devastated when she delivered her small child in the toilet.

“This wasn’t ‘uterine tissue,’” she told Mattes. “This was a formed, recognizable baby...my baby...my fiancé’s baby.”

After her traumatic experience, Morris says she was overtaken with anger and shame, unable to confide her heartbreak in anyone around her.

“After all, how does a mother who killed her child in the womb intentionally—how does she grieve outwardly?”

The first pill, mifepristone, destabilizes a pregnancy by blocking progesterone receptors and reducing progesterone levels in the mother's blood. The second pill, typically misoprostol, induces labor, forcing her body to expel the baby.

Chemical abortions like the one Morris experienced now make up an estimated 30–50 percent of all abortions in the United States, and the abortion industry is working to expand its availability to over-the-counter and internet purchases so that women can “self-manage” an abortion at home. Mattes says they are even promoting unsafe and illegal abortion pills from foreign countries.

Abandonment and isolation are common themes heard in stories of chemical abortions.

Elizabeth Gillette, another woman interviewed by Mattes, described how abortion was pushed on her by her boyfriend and Planned Parenthood staff.

“No one counseled me, no one told me what the options were, no one pointed me to any kind of pregnancy resource centers or anything,” she said. She felt as though she had only one choice.

After experiencing painful, labor-like cramping, Gillette, like Morris, would give birth to a tiny, perfectly-formed child.

“The doctor had promised me that I would feel relief. I didn’t feel any relief,” she said. Instead, she felt, “overwhelming guilt...a sickness inside that I couldn’t put away.”

“A good part of my motivation and passion for this (documentary) is not just the babies who are violently killed, but the women who are victimized,” Mattes told Pregnancy Help News. “We were always, always, always very concerned, not just about the baby, but the women involved in particular because they take the pill, they start the abortion, and they’re sent home to abort on their own amongst some horrific, life-impacting side effects of that pill.”

As traumatic as their experiences were, Morris and Gillette are now speaking out in the hopes of encouraging other women to choose life for their babies.

“If I had it to do all over again, I wouldn’t have allowed a temporary situation that caused fear and uncertainty—meaning an unplanned pregnancy—to control my choice,” said Morris. “I’m not saying choosing life is easy, but there are resources, there are people who care, there are people who will walk with her. She’s not alone. They’re gonna show you how to walk through pregnancy and birthing and raising your precious, precious gift from God.”

Not only that but the world’s largest pregnancy help network, Heartbeat International, now manages the life-saving Abortion Pill Reversal protocol, which has helped hundreds of women to avoid the same fate as Morris and Gillette.

Since its inception in 2007, Abortion Pill Reversal has been proven to be safe and effective for mothers and babies alike, leading to the births of more than 500 children.

Pioneered by doctors George Delgado and Matt Harrison, the treatment works by giving women extra progesterone up to 72 hours after a woman takes the first pill, mifepristone. Last year, Delgado released a study showing that up to 68 percent of women who used the Abortion Pill Reversal treatment were able to give birth to a perfectly healthy baby.

Tweet This: Do you regret taking the abortion pill? Abortion Pill Reversal is safe, and effective! Call 1-877-558-0333 #APRsaveslives @APReversal

Now, women like Emily, Misdy, and Becky have stories of hope—children playing, learning, and growing everyday—thanks to doctors like William Lile and Brent Boles, members of the Abortion Pill Rescue network of providers, who helped them reclaim their choice and their children’s lives.

For other women considering chemical abortion, Gillette has words of hope—and sobering truth.

“You are strong enough, you can do it,” she said. “There is not a single woman on this planet that is not strong enough to be a mom or a mom again. Our society is just breeding fear. We tell our women to go out there and get a job and be everything you can be—except be a mom. And that’s a lie. I have yet to meet a woman that doesn’t regret her abortion. And it’s a regret you can’t reconcile. It’s forever.”

To learn more about Abortion Pill Reversal, please visit AbortionPillReversal.com. If you would like help reversing your chemical abortion, call the helpline at 1-877-558-0333.