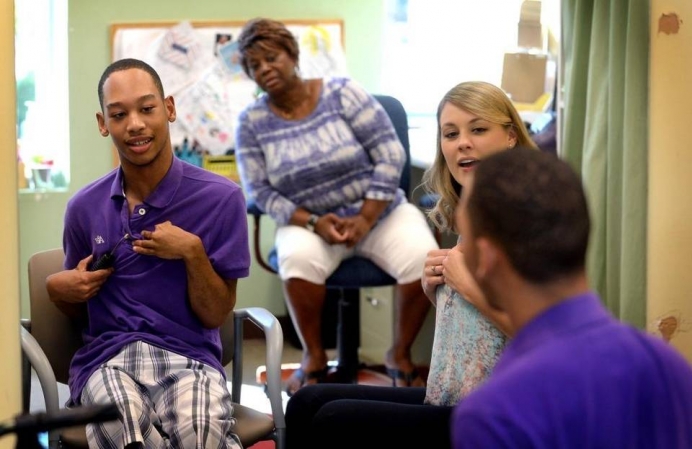 When You Hear About "Choice," Remember Rae Carruth's Victim, Son

Very few know the name, Chancellor Lee Adams, who turned 18 the other day.

More know the name of his father, former University of Colorado football standout and Carolina Panther Rae Carruth. Carruth was the Panthers’ 1st Round draft pick in 1997 and was making $40,000 per game in the NFL on November 15, 1999, when everything changed.

You see, football star Rae Carruth decided he had a problem. His girlfriend, Cherica Adams, was pregnant. And for Carruth, who already had a child by another woman, this was an untenable situation. He told her she needed to get an abortion because he didn’t want to pay more child support.

In fact, Carruth already paid for an abortion for yet another woman, so he knew what he was asking of Adams.

Carruth threatened Adams, telling her “Be careful when you come to Charlotte to watch me play football because something could happen to you.”

On that night in November of 1999, something did. Carruth and Adams went to a movie, driving in separate cars. Carruth pulled over on a secluded road, Adams followed Carruth’s lead. It was then that Van Brett Watkins—Carruth’s hired hit man—pulled up and shot five bullets into Adams’ car. She was hit four times.

Adams had her cell phone with her. Her 911 call provided all the evidence needed to convict Carruth in the plot.

Cherica Adams was 30-weeks pregnant with Chancellor Lee, delivered as Cherica fought for her life, a battle she would lose a few weeks later.

Today Chancellor Lee struggles with brain damage because of that fateful night, but he is a picture of joy to those who know him. His grandmother, Saundra Adams, raised Chancellor Lee and speaks to groups—including many in prisons—regularly.

Tweet This: When you hear talk about "choice," think about Cherica Adams and her son, Chancellor Lee. @KirkWalden #prolife

Scott Fowler of The Charlotte Observer tells Chancellor Lee’s and Saundra’s story perfectly here; a story of forgiveness and hope, yet also a story of a father who refuses to admit his role as a killer, who awaits his release from prison next year.

For pregnancy help ministries, Rae Carruth’s story is one often overlooked. We are told by those who oppose our work that men pressuring women to abort a child is “nothing to see here.”

We don’t know all the motivations behind Rae Carruth’s murder of Cherica Adams, but we do know:

In 1999, abortion was (and still is, of course) easily accessible.

In 1999, abortion was (and still is) seen as a back-up form of birth control.

In 1999, Rae Carruth (just like many men today) saw abortion as a reasonable, simple option to avoid being a father and paying child support. He had the money, he just did not want the hassle of a child.

When Cherica Adams chose life over abortion, Rae Carruth had her killed.

But may we ask, “Where was the pro-choice crowd when Cherica Adams was murdered because she chose life?”

Or, “When was the last time we heard of an abortion clinic refusing to do an abortion because it believed a woman was being pressured into this choice?”

Perhaps this has happened, and I just don’t recall. But while abortion centers seem focused on trying to enact laws forcing our ministries to refer for abortion, do they have signs in their lobbies to help those pressured into abortion choose life instead?

Chancellor Lee Adams is 18 and understands as much as he can. Yet thankfully, he may never know his cerebral palsy and brain damage is the result of a father who wanted to take his life before he had a chance to take his first breath.

His father’s scheme failed. But Chancellor Lee lives on, a tribute to a mom who believed he was worth her own life.

When someone talks to me about “choice,” I’ll remember Cherica Adams, Chancellor Lee Adams and his grandmother Saundra. Each made a choice about life, and each made the right decision.