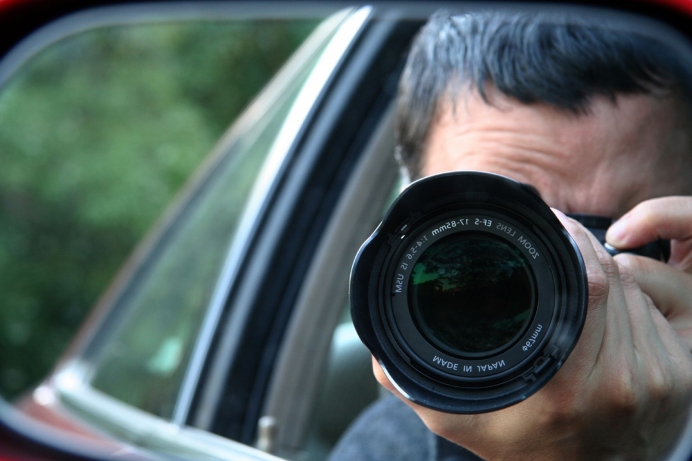 City officials in Los Angeles would love nothing better than to nail pregnancy centers on lying, deceiving and shaming women into rejecting abortion. There’s just one problem: they can’t find any evidence it’s happening.

That was the dilemma Travis Austin of the city’s Consumer Litigation and Workplace Protection Unit put forth Monday at a committee-level meeting for the Los Angeles City Council.

Austin had assigned undercover investigators to inspect six nonprofit pro-life pregnancy centers throughout Los Angeles starting in mid-May of 2016, but his team of investigators could not find any evidence of false information or deceptive advertising by the organizations in its month-long effort.

Originally tipped off that the six pregnancy centers were out of compliance with California’s so-called “Reproductive FACT Act”—a 2015 law that may be headed to the U.S. Supreme Court on First Amendment grounds—Austin said he assembled a “proactive game plan” to investigate the centers.

The undercover investigation, according to Austin, included a review of all marketing and client-focused informational brochures, as well as interviews with employees at the centers.

In the end, his office found no evidence of misleading or false advertising.

“The investigations were more comprehensive than just going in and going in to see if they were in compliance with the Reproductive FACT Act,” Austin said at a meeting of the City Council’s Health, Mental Health and Education Committee. “They included undercover operations to see if they were also engaged in these deceptive business practices. The investigations took a little more than a month to complete.

“Because the only violations that we discovered were violations of the Reproductive FACT Act, we decided to provide a notice of violation and provide everyone 30 days, as the law did just come into existence.”

Though Austin’s team, under the direction of City Attorney Mike Feuer, did force compliance of the Reproductive FACT Act on the community-funded centers, the fact that their investigations found no evidence of wrongdoing on the part of the centers isn't stopping them from continuing to put pressure on the centers.

"The most safest medical procedure in America"

The lack of any evidence that pregnancy centers deceive or mislead women runs to contrary the vehement assertion by abortion lobbyist Amy Everitt, the state director of NARAL Pro-Choice America, who backed the Reproductive FACT Act and was at Monday’s hearing to accuse pregnancy centers and national pro-life groups of misleading women.

Everitt, who has stated on record that her group would deprive pregnancy centers of their First Amendment rights if given the opportunity, opened the meeting by calling attention to what she said was misleading and false information on two websites: Avenues Crisis Pregnancy Clinic of Southern California, and Option Line, a national 24-7 pregnancy helpline operated by Heartbeat International.

Though Everitt claimed that Avenues Crisis Pregnancy Clinic called itself an abortion clinic on its website, not only does the website make no such claim, it includes on the front page of its home page the statement, “Not an abortion provider.”

Everitt also complained that the information on Option Line’s “Morning After Pill” page was “not medically accurate,” though the page itself includes eight separate citations from the Plan B One-Step packaging insert and is regularly reviewed by the 13 medical professionals on Heartbeat International’s Medical Advisory Council.

Everitt, who holds a bachelor’s degree in politics from UC Santa Cruz and a master’s in International Pacific Affairs from UC San Diego, then went on to assert the relative safety of abortion—as far as the mother is concerned, that is—calling it, “the most safest (sic) medical procedure in America.”

Then, Everitt claimed that one in three women in the U.S. have an abortion before the age of 45, a statistic that even the abortion-friendly The Washington Post has debunked as a "whopper."

Can Life Get a Witness?

Nine pro-abortion witnesses followed Everitt, including members of the pro-abortion California Religious Coalition for Reproductive Choice, while only one pro-life witness, Andrea Vancura, was allowed to speak.

“Pregnancy resource centers exist to promote community health and empower us women by offering an array of free and/or ultra-low cost pregnancy and sexual health services to underserved populations in L.A., as well as complete information about all options in the interest of promoting fully informed consent,” Vancura said.

“No pregnancy resource center advertises they perform abortions—that would be false and deceptive advertising. They simply advertise that they provide free services that abortion providers charge for: pregnancy tests, ultrasound, STD testing, and so on and so forth. Individuals are free to make their own choices, but freedom of speech provides that the government cannot force an organization to make referrals they believe to be harmful.”

“L.A. is showing it does not support grassroots, community-based, free and low-cost social and healthcare assistance services, but would rather push us to businesses whose financial bottom line is based on profiting on our lives and our bodies.”

Tweet This: @LACityCouncil is showing it does not support low-cost health care services. #prolife

While the City Attorney’s office has found no evidence of false or misleading advertising by pregnancy centers and there are no open complaints about pregnancy centers in the city or county of Los Angeles, the committee requested an update from Travis in 90 days.

That 90-day window could prove to be another key opportunity for the City Attorney’s office to investigate pro-life nonprofits throughout their jurisdictions.

“As far as investigating pregnancy centers go, we welcome any group—government or otherwise—to conduct a good-faith effort to learn more about the good work our community does every day all throughout the world,” Jor-El Godsey, president of Heartbeat International, which has 74 affiliates in California, said. “All of our affiliates, as well as those of other national groups commit to advertising that is both truthful and honest, accurately describing the services we offer.

“Pregnancy help centers are good for America, as well as the communities and individual clients they serve. The results of this investigation go a long way in affirming the integrity and good-will of pregnancy centers.”