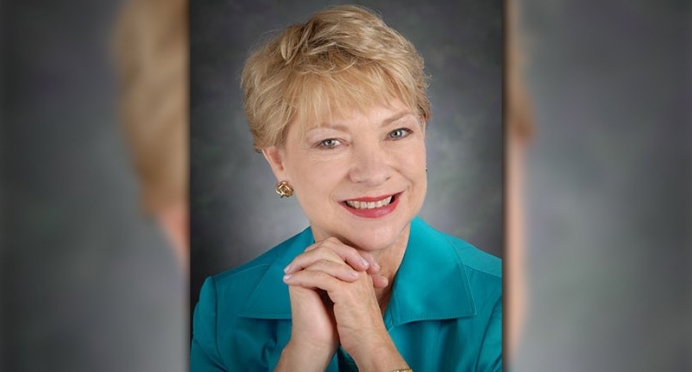 Abortion advocates all across the state of Texas are in an uproar over a $1.6 million grant awarded to The Heidi Group, a pro-life medical provider network with 27 sites throughout the state that includes two pregnancy help medical clinics.

Tuesday morning, a day after The Heidi Group served its first client under the Healthy Texas Women grant, Rep. Jessica Farrar (D-Houston) called for an audit challenging The Heidi Group's inclusion into the program, as media outlets across the state and nationally continued a week-long effort to cry down the move.

Denouncing the award as “detrimental to the health care of women in this state,” Rep. Farrar was echoing previous statements from groups like NARAL Pro-Choice Texas, which immediately accused The Heidi Group of having “no medical experience” when it was announced as a grantee Aug. 10.

Headed by former abortion clinic owner Carol Everett, The Heidi Group can use the grant to serve up to 50,614 women over the next year. Though she expected opposition from the abortion lobby, Everett says she has been surprised at the outpouring of misinformation surrounding The Heidi Group’s selection as a grant recipient.

The criticism from Rep. Farrar and NARAL has been rather tame in comparison with some of the personal encounters Everett has experienced over the past week, including one woman who stopped her in a hallway to berate her at the state capitol.

“Everybody always says—and I think it’s a lie—that God won’t give you more than you can handle,” Everett, who wrote about her experience in the abortion industry and her conversion to a pro-life, Christian stance in Blood Money: How I Got Rich Off a Woman’s Right to Choose, said. “If He just gave you what you can handle, then you don’t need Him. So, you could safely say that I need Him right now. But, He has shown up in a major way.”

Beyond the Bluster: How the Healthy Texas Women Grant Works

For all the bluster, The Heidi Group’s explicit pro-life position fits it squarely within the limits of the grant, which prohibits recipients from providing or referring for abortions while reimbursing providers for family planning and primary services for women 15 to 44 years old.

Each service is paid for up front by the medical provider and later reimbursed through the grant program on a fee-for-service basis. In all, the grant will allow The Heidi Group's network of providers to reach women in 70 counties—41 of which are in rural settings.

“The people that are talking about this program, it’s clear that they don’t understand the program,” Everett, who is one of 12 members on the Health and Human Services Women's Health Advisory Committee in Texas, said. “This is a fee-for-services grant. We spend the money, we pay the bills, and then we can file for reimbursement.”

In fact, the grant is similar to those in other states that reimburse pro-life entities for services. Though the abortion lobby has targeted grant programs such as those in Ohio, Indiana, Florida and Georgia for scrutiny, each of those state’s grant programs—and others—reimburse only for specified services such as pregnancy testing, material assistance, parenting classes and job training.

The Healthy Texas Women grant is unique among grants pregnancy centers have traditionally received in that its list of reimbursed services includes family planning and contraceptive services.

The grant does not reimburse for any service related to emergency contraception, and providers under The Heidi Group are not required to offer all of the reimbursed services to participate in the program.

“We have got to get life-affirming health care out there.”

Because contraception and birth control are included in the grant, Everett’s decision to participate in the grant has raised some questions among her pro-life colleagues.

While, for instance, the Commitment of Care and Competence, an ethical code of practice for non-profits aligned with any national groups such as Heartbeat International, Care Net or NIFLA, includes a statement that a pro-life pregnancy help organization will not “refer for abortifacients,” a program policy of Heartbeat International states that the organization, “does not promote birth control.”

Out of 27 providers, The Heidi Group includes two pregnancy help medical clinics and one Federally Qualified Health Center, with the remainder made up of private practice physicians.

Tweet This: "We've got to get life-affirming healthcare out there." @CarolEverett44 #prolife #pregnancyhelp #Texas

“We don’t tell doctors how to prescribe, we’re not going to tell them what to do—they’re doctors and they have a client-patient relationship,” Everett said, noting that the program will reimburse for Natural Family Planning. “We can tell them what we want them to do, and that we don’t want them to prescribe anything that causes an abortion, an abortifacient, at all. I can talk all day and wonder all day, but I still believe that we have got to get life-affirming health care out there. It’s kind of the step we haven’t taken, so I want to take it.”

A Pro-Life Approach to Well-Women Care

The present furor from abortion activists notwithstanding, Everett sees the Healthy Texas Women grant as a key step forward to meeting women throughout the state with crucial health care.

A major backer of Texas’ HB2, which was struck down this summer in the Supreme Court’s Whole Woman’s Health v. Hellerstedt, Everett has been involved in multiple strategies and approaches to replace abortion with a culture of life since the late 1980s.

Though the decision in Whole Woman’s Health came as a disappointment to Everett, she hadn’t been resting on that legislation as the ultimate goal to ending abortion.

“I thought there were several ways to end abortion,” Everett said. “HB2 was a huge thing and it did stop a lot of abortions in Texas and closed a lot of abortion clinics. But, when they overturned that, I was already down this trail because I had already decided that life-affirming well-woman care all over Texas would deliver a woman who had been told the truth about abortion. Who tells a woman the truth about abortion today? Only pregnancy centers.”

In the Highways, In the Hedges

Everett was also a major player in the state’s defunding of Planned Parenthood in 2012, which in turn has freed up the $18 million in taxpayer funding for the Healthy Texas Women program.

As she listened to Planned Parenthood and others argue that the commonsense regulations of HB2 would shut their clinics down and leave Texas women without health care, Everett noticed that very few of the affected clinics were accessible by rural women to begin with.

That’s why The Heidi Group is focusing its services in rural counties and regions throughout Texas.

“Planned Parenthood always said, ‘There’s nobody else who can serve them but us,’” Everett said. “And yet, they always operate in urban areas. So, we purposed to go outside that and go into the rural areas to reach that woman. Our goal is to reach every county in Texas with life-affirming health care. Let them have the big cities, we’re going to go for the country.

“It’s time to really respect women and give them the truth. Abortion providers will never give her the truth, but we’re going to.”

Tweet This: "Who tells the truth about #abortion? Only #pregnancyhelp centers." #prolife @CarolEverett44