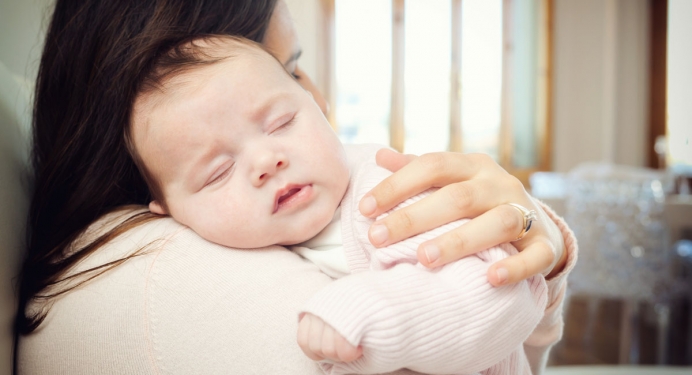 (Live Action News) - Sarah was 26 years old when she got the shock of a poorly-timed, positive pregnancy test. Already a mother of three, she was concerned about the course of her life. Her boyfriend insisted she have an abortion, so she scheduled the appointment, fearing being a single mother of four and feeling she needed to “save face,” succumbing to the father’s pressure to “take care of this.”

Sarah was given two pills to complete the abortion. But after she took the first pill, she dissolved into tears. “It was awful,” she told The Catholic Telegraph. When she looked at her other children she thought, “I love you and we’re making it. Why does this baby not deserve that same chance to love and be loved and be a sibling?”

Abortion pill reversal works by countering the effects of the first phase of the two-step abortion pill process. In the first step, a woman takes mifepristone in order to block the effects of progesterone, essential cutting off nutrients the baby needs to survive. Mifepristone will eventually lead to the death of the baby. The second pill, misoprostol, causes contractions that expel that baby’s body.

Reversing the process involves administering high dosages of progesterone to counteract the first abortion pill, mifepristone, and its harmful effects. As the American Association of Pro-Life Obstetricians and Gynecologists (AAPLOG) explains, “[U]sing progesterone to counteract the effect of mifepristone is the logical extension of simple principles of toxicology and poison control.” And while some abortion activists baselessly claim that administering high doses of progesterone is dangerous to women and can cause birth defects, Live Action News has shown that these are lies. On the contrary, administering progesterone has been a standard part of OBGYN care for decades.

READ: Over 750 Babies Have Been Saved by Abortion Pill Reversal.

As Live Action News has reported, Dr. Bill Lile, an obstetrician and gynecologist licensed in Alabama and Florida, has explained that abortion pill reversal is analogous to a patient who has overdosed on narcotics and is given the reversal agent Narcan. “[J]ust like we give Narcan to reverse a bad decision, we can give Prometrium [micronized progesterone] to reverse a bad decision. And we’ve been very successful around the country with reversal protocols.”

After Sarah began the treatment, her baby showed a strong heartbeat, and the doctor who gave her the regimen continued to treat her and Isaiah, who was born healthy. Isaiah’s father left after Sarah told him the “abortion didn’t work.” But despite the roadblocks in her life, she is doing better now than she could have imagined.

“I have a job now that I couldn’t even see myself having when I found out I was pregnant, wondering how I was going to make it work,” she said. “But God sets things in motion, and I’m benefiting from believing in His plan.”

Sarah’s story is being told in an upcoming episode of the Being Pro-Life podcast, airing September 12th. 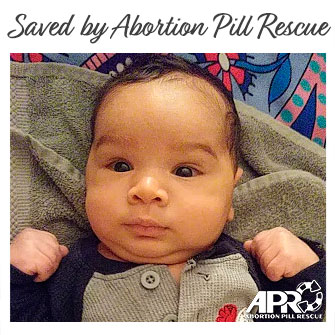 If you have taken the first of the two-dose abortion pill and regret it, visit abortionpillreversal.com or call their 24-hour helpline at 877-558-0333.

Editor’s Note: This article first appeared in Live Action News and is reprinted with permission.