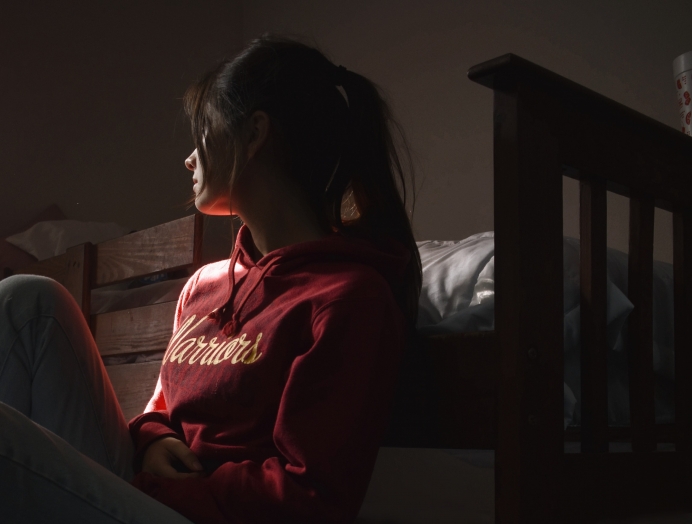 A year after the U.K. implemented teleabortions, testimonies and data reveal the negative effects on women

(WORLD) Natalia Isherwood took the abortion pill last summer because she was afraid that her then-boyfriend would leave her if she didn’t. After a phone consultation through the United Kingdom’s Pills by Post program, the 20-year-old picked up the drugs at the local abortion facility with instructions to take them that night. At the time, she was about seven weeks pregnant, but Isherwood put off taking the pills for weeks, hoping the father would change his mind and tell her that she could keep the baby. Finally, under pressure from some friends, she took the first of the pills required in the drug cocktail.

She took the last one at 1 a.m. that night and sat on her bed while watching Keeping Up with the Kardashians on Netflix. By 5 a.m., her stomach pains were so severe that she felt like she was “being stabbed in the stomach.” She ran to the bathroom and after passing the pregnancy, saw the baby in the toilet. The facility staff told her it would be like a heavy period, she said: “It wasn’t like a heavy period. It was like a baby.” Isherwood bled so severely that the blood soaked through a towel on her bed and into her mattress. Later she found out the bleeding was worse than normal because she took the pills after the 10-week limit allowed for the U.K.’s at-home abortions.

Tuesday marked the one-year anniversary of the Pills by Post program in the United Kingdom that allows women to access the abortion pill through phone consultations during the pandemic. On March 30, 2020, the U.K. Health Minister eliminated the previous in-person consultation requirements for undergoing a drug-induced abortion. In recent months, women like Isherwood have come forward with stories of the trauma from taking the drugs by themselves. Despite additional data suggesting many women experienced even more severe complications, the U.K. government is considering making the Pills by Post permanent. On the anniversary, Isherwood joined other pro-lifers to deliver an open letter to the government, demanding an end to the dangerous program.

Care for Women, a coalition of U.K. pro-life groups, estimated based on government data that 75,000 medical abortions happened at home in the country since the change last year, noting these abortions happened “after short voice calls with abortion providers, in which there is no way of knowing if they are truly alone or if they are with someone who is pressuring them or influencing their decision.”

Leaked emails from the National Health Service last May, just two months after Pills by Post began, reported cases of hemorrhaging and ruptured ectopic pregnancies from the drugs. According to the email, two women died. Data from June revealed that at least 52 women since March had taken the pills past the legal 10-week limit, and the Care Quality Commissioner began investigating 11 cases where women experienced complications after taking the pills late.

The coalition of pro-life groups also shared findings from Freedom of Information requests to hospitals and ambulance services. They found ambulance services receive an average of 39 calls a month from women who had taken the pills. Each month, about 495 women end up in the hospital with an incomplete abortion, and 250 require surgery to remove tissue remaining from their baby.

“A year ago, both on the floor of the House of Commons and House of Lords, clear promises were made that the measure introduced would be strictly temporary,” said Andrea Williams, the CEO of the pro-life group Christian Concern. “Just as we predicted then, the government is now consulting on making the service permanent. Sadly, it will be very difficult to put this kind of measure back in the bottle, but the government must reverse it.”

The at-home abortions also leave other kinds of trauma. When I spoke to Isherwood in March, she said it’s still hard for her to go into her room. “It’s not a safe place for me,” she said. The smell of bleach in the downstairs bathroom reminds her of the night she lost her baby.

Kirsty, a woman cited by first name only in the Care for Women letter, noted similar effects. “The at-home abortion is being made to make you think you are doing it in the comfort of your own home,” she said. “But then you’ve got the memory of the loss of your child in your own home forever. So now, to me, my home is no longer my home, my happy safe place. It’s the place that took away my child.”

Tweet This: With at-home abortion you’ve got the memory of the loss of your child in your own home forever. It’s the place that took away my child.