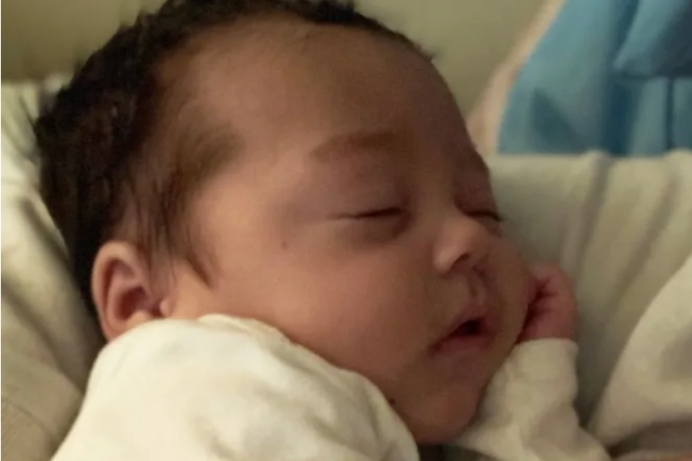 But here’s another, perhaps lesser-known, option they can also turn to for help: pregnancy resource centers.

Nearly 3,000 pro-life pregnancy centers serve millions of people each year in the United States. They offer women and parents in need everything from health care and material assistance to educational classes and job support — at little to no cost. Right now, for many of these centers, their work also includes connecting struggling families to baby formula.

One center in Michigan, an affiliate of Heartbeat International, a pro-life pregnancy resource center network, revealed to CNA that it has a surplus of formula.

“At this time, we haven’t heard of formula shortages at the pregnancy centers,” Andrea Trudden, vice president of communications and marketing at Heartbeat International, told CNA. “Quite the contrary, actually!”

Trudden recommended families turn to their local pregnancy help organizations for assistance and use OptionLine.org as a tool to find the center closest to them.

“Since pregnancy centers are equipped to help pregnant women and new families with practical resources such as diapers and formula,” Trudden said, “they have been able to step into that gap during this time.”

Some pro-life maternity homes in states such as Virginia and North Carolina said mothers are in desperate need and exploring all of their options, including feeding their babies with formula samples. But, these homes tell CNA, they are walking with mothers in their search, every step of the way.

Tweet This: Pro-life maternity homes are walking with mothers every step of the way in their search for baby formula during the shortage.

What is this shortage about?

The nationwide baby formula shortage was caused, and then exacerbated, by a series of factors: supply-chain issues, recalls, the closure of a major production plant in February, and even U.S. trade policy. The result, data-firm company Datasembly found, is that more than 40 percent of baby formulas were out of stock in early May.

The trouble with formula began partially with the Covid-19 pandemic. Parents stockpiled baby formula at the beginning, which increased production, only to later discover that they had a surplus to use up, which decreased production.

After consuming formula from an Abbott plant in Sturgis, Michigan, four babies became sick, including two who died, from bacterial infections. This led to a recall and the plant shutting down in February.

These incidents exposed the formula market as one not structurally prepared for emergencies, with just four companies largely in control of supply in the United States. U.S. and regulatory trade policy only added to the problem, restricting the exchange of formula internationally, The Atlantic reported.

Months into the shortage, the Food and Drug Administration (FDA) has reached an agreement with Abbott, one of the largest U.S. baby formula manufacturers, to reopen its Sturgis plant in the coming weeks. President Joe Biden invoked the Defense Production Act to prioritize the production of formula. And, in the meantime, the U.S. military has begun importing formula from Europe.

Members of Congress on both sides of the aisle have called for action. Senate Democrats are pushing a bill that would send $28 million in emergency funding to the FDA. Congress passed, and Biden signed into law, a bill to expand access to formula for lower-income families during emergencies.

In the meantime, before the shelves are fully stocked once more, pregnancy centers and maternity homes around the country are helping parents in need.

Tweet This: In the meantime, before shelves are fully stocked again, pregnancy centers & maternity homes around the country are helping parents in need.

“I have never seen this much formula. We have an overflow!” Lois Stoll, a volunteer who manages the formula supply at the center, said in a press release. The center, one of Heartbeat International’s 1,857 affiliate locations, accumulated its surplus over the last two years, during the pandemic.

“It really is the result of an unexpected set of circumstances,” Bryce Asberg, the executive director, added in the release. “During the COVID-19 pandemic, the number of clients fell but donations continued to come in.”

Asberg told CNA that the center has been running a material assistance program for several years where it provides mothers and families with baby clothes, diapers, wipes, and baby food or formula.

“We still offer all those items to clients who come in, but recently we have noticed a surge of interest in formula,” he said. “God has been building our supply of formula for many months, and we didn’t know why we had so much. Now we do!”

In Washington, D.C., Janet Durig, the executive director of Capitol Hill Pregnancy Center, said that her center also has baby formula on hand.

“We’ve had some phone calls seeking help and we’ve had formula to give them,” she told CNA. But, she emphasized, the supply is limited because they rely on donations.

Leticia Velasquez, executive director and co-founder of Pathways Pregnancy in Norwich, Connecticut, encouraged moms and families to reach out if they need formula.

She told CNA that the three-year-old center is there for any woman or mom in need.

“We just say, ‘How can we fill the need? That’s what we’re here for,’” she said. “We definitely stand with them in any crisis, whether it be a formula shortage or an unplanned pregnancy.”

Parents in eastern Connecticut looking for baby formula can text the center at (860) 222-4505.

Debbie Capen, the executive director of MiraVia, said that the baby formula shortage is affecting her group’s work in supporting and providing resources to new moms in need. The Catholic nonprofit runs an outreach center in Charlotte and a free college residence at nearby Belmont Abbey College where a pregnant student — from any university or college — can stay until her child turns two years old.

“Yes, the mothers we serve are very concerned about the baby formula shortage,” Capen told CNA. “We always encourage breastfeeding for our expectant mothers, but for those who cannot breastfeed, they usually rely on vouchers for baby formula through the USDA’s WIC program.”

Capen highlighted that WIC only covers one specific brand of formula, which means that moms must pay full price for any other label. Formula is at a premium price right now, she added, which only puts more stress on their limited resources.

In each state, baby formula manufacturers bid for exclusive rights to provide formula to WIC participants in that state. In return, they offer the state discounts, or rebates. For those who rely on WIC, this means that they face limited options.

In response to the scarcity, the mothers at MiraVia are turning to alternatives: food pantries and the MiraVia community.

“They communicate with our staff and each other when they find formula at a certain location, as well as contact stores to find out when shipments are expected,” Capen said. “They substitute with generic brands when possible and reach out to their pediatricians for recommendations and even free samples.”

Capen listed some ways that people can help during this shortage, beginning with communication and the sharing of resources.

“For example, you can help by searching posts on social media and community apps like NextDoor or OfferUp to find those with formula and suggest where it can be donated,” she said. “Remind friends and family not to stockpile so that the supply of formula can flow to those in most urgent need. If you are pregnant and have received free samples of formula, donate what you won’t use to food pantries or programs for new mothers.”

Kathleen Wilson, the executive director of Mary's Shelter, a faith-centered maternity home in Fredericksburg, Virginia, agreed that “our moms have had many difficulties.”

She told CNA about one of their mothers who gave birth to her fourth baby three months ago. At first, she used a formula brand called Enfamil Reguline. After it became unavailable, she began switching between brands and using whatever she can find, Wilson said. The mother has also tried ordering on Amazon and turned to her pediatrician for samples.

“This is a mom who is trying to hold down a job, with an infant and other children to tend to,” Wilson stressed the “very difficult” situation.

Wilson said that two of the other mothers spent days driving around at one point to try to find formula for their babies. When necessary, they are also turning to sample packets of baby formula.

"Our staff and volunteers have been assisting with this and picking up and delivering formula when they can get their hands on it,” Wilson said, adding that donors have also pitched in.

“We are blessed with wonderful donors,” she said. “A friend just stopped in this morning with two cans of formula that he was able to find.”

“If donors are willing and can find formula, we would be thrilled to take their donation,” she said, concluding that she is “praying this comes to an end soon.”