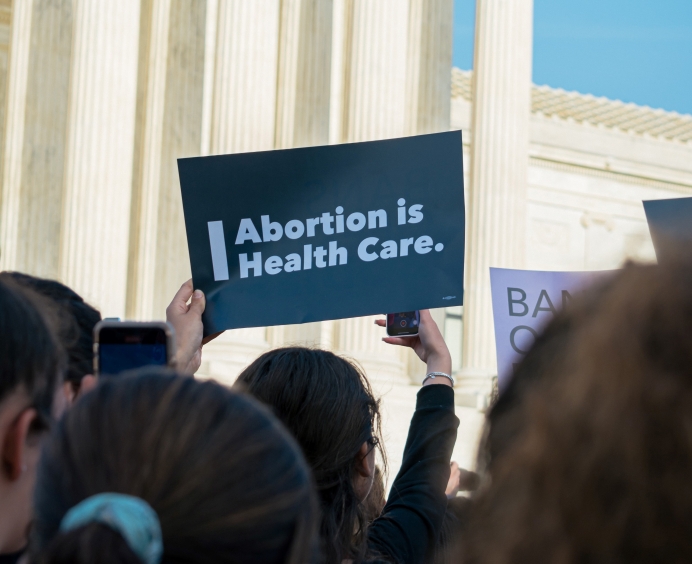 (Live Action) A doctor in El Salvador called out Planned Parenthood’s director of news content, Kate Smith, for telling Americans that women could be jailed for miscarriages if Roe v. Wade is overturned, erroneously using cases in El Salvador as examples.

Dr. José Miguel Fortín-Magaña Leiva, the former director-general of the Dr. Roberto Masferrer Institute of Forensic Medicine of El Salvador, deflated Smith’s accusations. He said that she “is at best absolutely mistaken when she claims that in El Salvador women are imprisoned and harassed for induced abortions.”

“But even worse, that those who have suffered a miscarriage are also prosecuted and imprisoned by an infamous law,” He continued. “As former director of the Institute of Forensic Medicine and as a doctor, I can assure you that the foregoing is totally false, there’s not a single case of women imprisoned for that reason.”

Last week, following the Supreme Court’s draft opinion leak in Dobbs v. Jackson Women’s Health Organization, Smith, a former CBS reporter, predicted in an article for CNN that in a post-Roe United States, women will be investigated and jailed for miscarriages. She claimed that more than 140 women have been sentenced to as long as 35 years in prison for abortions since 1998 in El Salvador due to miscarriages. However, women in El Salvador have not been imprisoned for abortion or miscarriage at all. They have been imprisoned for infanticide in the deaths of their newborn babies.

“They wake up and they’re shackled to the hospital bed and there was a police officer there investigating them,” Smith claimed, She also reported that doctors told her there is no way for them to tell the difference between an induced abortion and a spontaneous miscarriage. However, the deceased children in these cases were not miscarried, they were born alive and died from suffocation and other horrific means.

The President of Yes to Life Foundation in El Salvador, Julia Regina de Cardenal, explained, “In El Salvador there’s not a single woman imprisoned for induced abortion, because women found guilty are sentenced to community service.” She continued by saying, “The women she says are supposedly imprisoned for ‘miscarriages’ and ‘obstetrical problems’ were actually convicted of aggravated homicide of their newborn babies.”

One example is Evelyn del Carmen Sánchez Cabrera, imprisoned for the murder of her newborn daughter who was found “wrapped in rags moaning in pain inside a septic tank.” She had been stabbed in the chest and neck. Her cause of death was determined to be severe blunt trauma to the brain and perforation of the left lung caused by a knife. Cabrera confessed to the killing. This was not a miscarriage or pregnancy complication. This was infanticide. Cabrera is just one of a number of women known as “Las17+” who have been convicted of murdering their newborns in El Salvador, but pro-abortion groups claim they were wrongly imprisoned for miscarriage because abortion is illegal.

Tweet This: Planned Parenthood rep says women could be jailed for miscarriages if Roe is overturned, erroneously using cases in El Salvador as examples.

It’s not surprising that Smith is misleading Americans into believing American women could be jailed for miscarriage should Roe be overturned. She works for Planned Parenthood and The International Planned Parenthood Federation (IPPF) has thrown financial support behind the pro-abortion Colectiva Feminista in El Salvador to free these women with the ultimate goal of decriminalizing abortion in order to financially profit from it.

As previously reported by Live Action, El Salvador’s congress voted in October 2021 to uphold the country’s total ban on abortion. The country prohibits abortion entirely because its constitution recognizes “every human being as a human person from the moment of conception.”