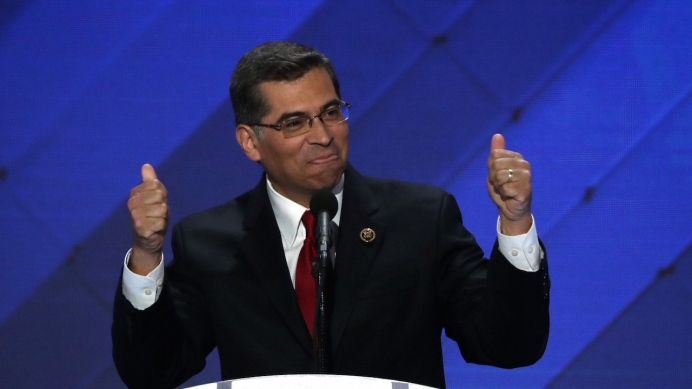 First reported by the San Francisco Chronicle, Attorney General Xavier Becerra filed the new charges after a June 21 decision where a judge suspended 14 of 15 charges Becerra had filed against Daleiden and Merritt.

This time, Becerra is coming after Daleiden and Merritt on more specific invasion of privacy charges, accusing the pair of illegally recording conversations where high-ranking officials—including Planned Parenthood’s Director of Medical Services—were caught on camera bartering over the price of body parts harvested from aborted babies.

Last month, Superior Court Judge Christopher Hite dismissed the charges, saying prosecutors had failed to specify which video recordings were made illegally. He refused, however, to dismiss a charge that the pair conspired to violate privacy rights.

Becerra’s office has now refiled the charges, with numerical identifications for each video. Prosecutors say they have given defense lawyers the names of each person whose conversation was recorded, under court orders to keep the names confidential.

Federal law permits reimbursement for specified costs in a fetal organ or tissue donation, but prohibits the purchase and sale of the organs and tissues themselves (42 U.S.C. 289g-2). In many of the 14 conversations Daleiden and Merritt recorded—plus several more outside the state of California—abortion businesswomen were openly admitting to violating that federal statute.

In many of the recorded conversations, abortionists openly admitted to altering their abortion procedures to procure a more intact body part from an aborted baby, even if that alteration put a woman undergoing an abortion into harm’s way. That too, violates federal laws protecting women from predatory abortion profiteers.

Yet, Becerra—a recipient of campaign funds from Planned Parenthood as recently as 2014—is ignoring the evidence that Daleiden and Merritt stacked up their three-year investigation, and instead coming after them based on California’s law requiring both parties to consent to a conversation before it is recorded.

As several commentators have noted since Becerra first announced the original charges in March, California has a very recent history of overlooking its two-party consent recording laws for undercover investigations exposing animal cruelty in poultry farms throughout the state. Responding to the initial felony charges Becerra filed against Daleiden and Merritt, the Los Angeles Times ran an op-ed calling his actions, “a disturbing overreach.”

Daleiden and Merritt—who outlasted a similar witch-hunt last summer in Texas—are scheduled to be arraigned July 17 in the Superior Court of San Francisco.

California's state-funded vendetta against the pro-life activists comes at a time when the state is also on the verge of defending before the U.S. Supreme Court a 2015 law that forces 200 community-funded pro-life pregnancy centers and medical clinics to advertise for taxpayer-funded abortions. Similar attempts to chill free speech from pro-life centers has failed in Austin (TX), New York City, Baltimore (MD) and Montgomery County, Md., where taxpayers were on the hook for $375,000 in attorney's fees after the County was turned away in its quest to force pro-lifers to post signage specifying which services—namely, abortion—they did not offer.