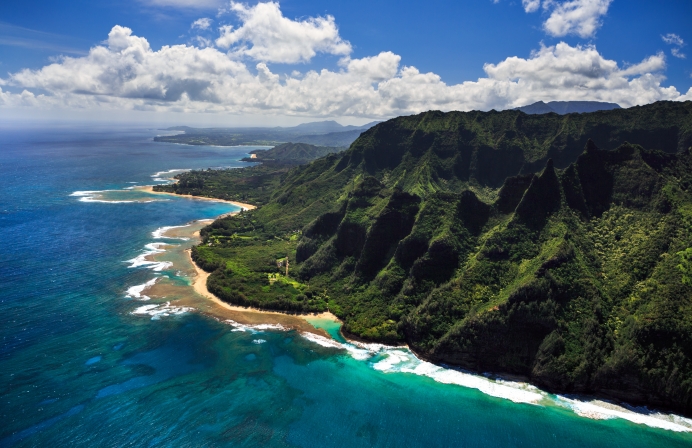 Mirroring a 2015 California law, Hawaii’s edict forces locally funded pregnancy centers to post and distribute to each client a notification that the state offers free abortions, as well as a website link on where and how to schedule a taxpayer-funded abortion.

The mandated signage and disclaimer form must include the following verbiage:

This clinic does not provide abortion services or abortion referrals.  Only ultrasounds performed by qualified healthcare professionals and read by licensed clinicians should be considered medically accurate.

Hawaii has public programs that provide immediate free or low-cost access to comprehensive family planning services including all FDA-approved methods of contraception, prenatal care, and abortion for eligible women.

To apply for medical insurance coverage that will cover the full range of family planning and prenatal care services, apply on-line at mybenefits.hawaii.gov.

Unlike abortion businesses, the state provides no funding for the pregnancy centers it targets with the law.

Pregnancy centers found out of compliance could be slapped with a $500 citation for a first-time offense and a $1,000 per-offense fine for subsequent refusal to advertise abortions. The law also opens up noncompliant centers to individual civil suits.

“Hawaii’s pregnancy help organizations are delivering caring, compassionate help for women and families at absolutely zero cost to the state’s taxpayers,” Jor-El Godsey, president of Heartbeat International—an affiliation network that includes three Hawaiian centers—said. “No woman should ever feel so alone or trapped that she feels abortion is her only option, but this is exactly the situation laws like these create.”

Out of the five pro-life pregnancy centers in Hawaii, one center—A Place for Women in Waipio—is a direct outreach of a church, located on the campus of Calvary Chapel Pearl Harbor. All the centers are operated and funded by Christians who have formed the organizations as life-affirming alternatives to abortion.

National pro-life groups National Institute of Family & Life Advocates (NIFLA), Alliance Defending Freedom (ADF) and the American Center for Law and Justice (ACLJ) are all three planning to challenge the law in state and federal courts, contending for free speech and free exercise of religion rights on behalf of the centers.

The groups’ challenges in court are tied to an ongoing challenge to the California law that could be headed to the Supreme Court as early as this fall. The Ninth Circuit Court of Appeals—which covers both Hawaii and California—upheld California’s law in October of 2016, so it’s unlikely the law would be stopped there.

In addition to the law in California and the bill in Hawaii, the state of Illinois gutted its Healthcare Right of Conscience Act in 2016 to allow all pro-life medical professionals—including those at pregnancy centers—to be liable to civil penalties if they refuse to counsel on the so-called “benefits” of abortion and refer their patients directly to local abortion businesses.

A judge has granted a preliminary injunction for three pregnancy centers in Illinois that pro-life advocates hope will set the stage for a larger victory in that state. ADF, the Thomas More Society and others have all filed lawsuits challenging the mandate.

Past attempts by local authorities to compel pro-life pregnancy centers to post signage either declaring the services they do not offer or referring patients—even indirectly—to abortion providers have been struck down in New York City, Austin (TX), Baltimore (MD) and Montgomery County (MD), the latter of which cost taxpayers over $330,000 in attorneys fees.

In late June, the Ninth Circuit—which sees as many as eight of its 10 decisions reversed by the Supreme Court—upheld a San Francisco municipal law that allows the City to determine which pro-life statements it considers “false advertising.”

From the beginning of its journey through the legislature this spring, the political motivations of Hawaii’s crackdown have been difficult to ignore. Prior to one senate committee meeting, for instance, pregnancy center leaders saw their testimony withheld from the committee altogether.

Even as pro-lifers were kept from defending their own ministries against the state’s attack, the senate allowed testimony from pro-abortion lobbyists, including staff members at Planned Parenthood Northwest and Hawaii—a vocal supporter of the legislation.

“The fact that we did not have a voice in that decision is very concerning,” Joy Wright, executive director at Malama Pregnancy Center, said. “Even if they’re for the bill, it’s very important that we have a voice. We are abiding by the process put together by the state legislature, and so if it’s not followed through on the other side, then we have a problem that needs to be addressed."

Tweet This: "Failure is not an option for us." @NIFLA #prolife

At a hearing before the state’s House Committee on Health on March 16, one supporter of the bill, Michael Golojuch, Jr., chair of the state’s LGBT Caucus, testified that pregnancy centers are dangerous for women based on his own third-hand account of the sister of one of his friends.

One lawmaker, Rep. Bob McDermott, called out the legislation’s pro-abortion motivations on the house floor just before his colleagues voted, 41-10, to send the bill to Gov. Ige’s desk.

“Ultimately, what was the whole point of this whole thing? Where did it come from? Why is it even before us? It’s before us because there’s Christian centers that offer alternatives to abortion,” McDermott said. “They don’t believe in abortion. So, a woman comes in there and they’re encouraging, they offer alternatives but they don’t do abortions. And that’s what this is about.

“These pregnancy centers offer the ultrasound… the young lady will not have the abortion—she won’t—and Planned Parenthood loses money.”