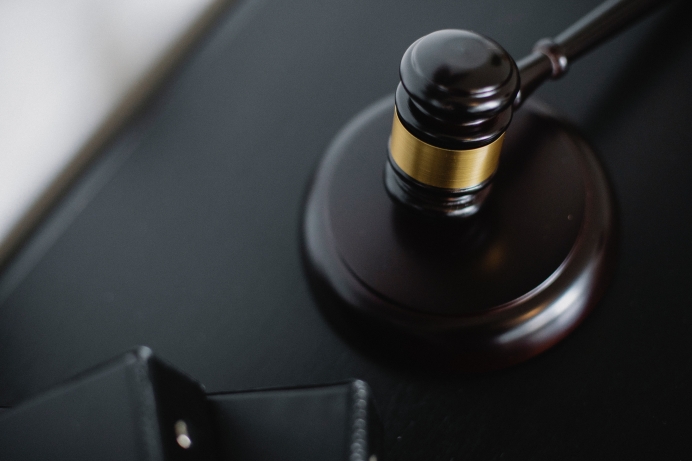 When Carol Everett operated several lucrative abortion clinics in Dallas, she never imagined she would become a champion for life-affirming health-care. But after witnessing the death of a young woman during what should have been a "routine" abortion and struggling with the gruesome disposal of third trimester aborted babies, Carol realized the abortion industry's business model relied on an unscrupulous profit motive that failed to prioritize women's safety.

In the summer of 2016, The Heidi Group qualified for public funding to operate in two programs under Texas's Health and Human Services Commission (HHSC). The state's Healthy Texas Women and Family Planning Program initiatives both offered health-care services to indigent women across Texas, providing a Medicaid-free option to qualified Texas women. Carol grew her network, learning the intricacies—and inconsistencies—of state contract compliance. It was not an entirely smooth process (what state program is?), yet before long, The Heidi Group's efforts embraced 35 clinics across the state, providing comprehensive women's health-care services, including ultrasounds, prenatal care, STD/STI testing and treatment, mammograms, cancer screenings, and more.

By comparison, in 2017, Planned Parenthood of Greater Texas, with more than 80 years of experience, operated 39 clinics in the state, serving approximately 80,000 clients with annual funding of over $25 million - multiple times that of The Heidi Group. It was clear that The Heidi Group was positioned to rival Planned Parenthood's presence in the state, which did not go unnoticed by pro-abortion factions in Texas and across the country. It led to what was later described to Carol by a senior HHSC insider as a plot by pro-choicers within HHSC to make sure The Heidi Group failed.

On September 26, 2018, less than a month into The Heidi Group's renewed contracts, the Texas Observer, a pro-abortion bi-monthly publication, ran a hit-piece attacking Carol and The Heidi Group. The Observer falsely reported that The Heidi Group served only 3000 patients in its Healthy Texas Women Program in 2017. The real number was more than three times higher. Two weeks later, on the day before a new Executive Commissioner started at Texas's HHSC, The Heidi Group's contracts were peremptorily terminated by HHSC without cause, even though Carol was operating in contractual compliance.

Shockingly, The Heidi Group was never informed of the grounds for termination. This inexplicable and facially unjust action by the state dissolved The Heidi Group's network, leaving thousands of poor women underserved. Carol and her provider team continued to give as much care as they could, independent of the state. Ultimately, she was forced to close The Heidi Group's flagship medical center because of funding shortfalls caused by the egregiously misguided terminations and further abusive state action.

But the state's mischief was just beginning. In 2018-19, the HHSC Office of Inspector General conducted an investigation based upon incomplete and false information, and erroneously concluded that The Heidi Group had received massive "overpayments," even though The Heidi Group documented that the state's money had been properly used to serve tens of thousands of women in need. The vast majority of the alleged "overpayments" arose from a billing process expressly approved by HHSC's Associate Director of Women's Health and an attorney in HHSC's Office of General Counsel. But the investigators failed to discover this because they would not interview Carol, breaching her constitutional right to due process.

In the spring of 2019, Carol learned that a disgruntled former Heidi Group employee had been illegally accessing and altering Heidi Group internal files, and providing them to investigators at the HHSC/Office of the Inspector General. The former employee was arrested and confessed to her crimes. Recently uncovered emails reveal that HHSC/OIG personnel apparently condoned the employee's illegal activity; the emails indicate that they knew the computer intrusions occurred without The Heidi Group's authorization. Moreover, an anonymous whistleblower informed The Heidi Group's attorney that senior leaders within the HHSC Office of Inspector General had leaked information to the media about the investigation, which was incomplete at the time. Notwithstanding this parade of prejudicial conduct – or perhaps because of it – the HHSC/OIG issued an erroneous investigative report full of groundless findings. For example, The Heidi Group had resolved two of the findings at issue a year earlier, yet the investigators were unaware of that fact. Aggravating matters, the OIG then launched a new, still ongoing audit of The Heidi Group, which exacerbated the state's errors.

In response to this array of abusive actions, The Heidi Group fought back, launching its own investigation and concomitant legal actions. In December 2020, Carol filed a petition in a Williamson County District Court to obtain depositions and information regarding the state's misconduct. These efforts anticipate a potential lawsuit against the state for violating Carol's constitutional and statutory rights under Texas and federal law, seeking justice and compensation for the breaches of due process and civil rights Carol suffered and the damages done to The Heidi Group.

Despite these many hardships, Carol remains resolute: "Texas is supposed to be friendly to pro-lifers. Yet personnel within HHSC seem determined to minimize the accomplishments of The Heidi Group. If we only count providers recognized by the HHSC auditors, we have over 30,000 verified clients served. If we add providers that affiliated with us after the first year, which the auditors still have not recognized, I estimate the number is probably closer to 50,000 served. Because of The Heidi Group, these women were offered an alternative to the deadly solution of the abortionists. We cannot let this assault on the culture of life go unchecked."

Tweet This: Texas is supposed to be friendly to pro-lifers- Yet personnel within HHSC seem determined to minimize the accomplishments of The Heidi Group

The Life Legal Defense Foundation and Austin-area attorneys Ed Watt, Stuart Bowen, Stephen Casey, and David Lill represent Carol Everett and The Heidi Group. Watt offers this perspective: "The Texas Observer article notes that half of the contractors in one of the two HHSC programs and 10 in the other had funds revoked in 2018 due to underperformance. Yet none of those others are being attacked like The Heidi Group. It seems obvious that the reason why is because they don't have a big pro-life target on their backs."

According to Life Legal's CEO, Alexandra Snyder: "Not only did Carol Everett expose the abortion industry's ruthless, self-serving business model, but she set out to provide actual medical services that value the protection of human life. For this, Carol was targeted in a conspiratorial campaign to destroy her credibility. Life Legal stands behind Carol and The Heidi Group in their mission to provide high quality health care to women facing unplanned pregnancy."