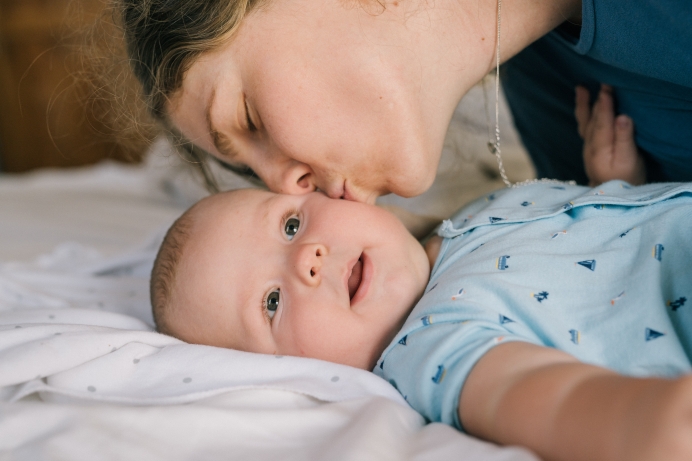 During March, Women's History Month, the work of 19th-century pro-life feminist physician Dr. Charlotte Lozier is worthy of recognition. For Lozier, there was no tension between her passion for the rights of women and her care for life at its every stage.

(The Daily Signal) This month, when we celebrate women in history, it’s worthwhile to commemorate the March birthday of Charlotte Denman Lozier, a trailblazing doctor, feminist, and moral leader who believed in the value of life at every stage.

Tweet This: Charlotte Denman Lozier was a trailblazing doctor, feminist, and moral leader who believed in the value of life at every stage.

Lozier lived to see only 25 birthdays, but she made every one of them count.

Charlotte Denman was the oldest daughter of pioneers, and that pioneering spirit defined her life. At the age of 20 in 1864, she began her studies at the New York Medical College for Women, which served as a channel for women who were often excluded from the medical profession.

She earned her medical degree and became Dr. Charlotte Lozier, joining the school’s founder, Dr. Clemence Lozier, and her son Dr. Abraham Lozier, who she married in 1866.

Upon graduation, Charlotte Lozier maintained a large practice and served as a professor at her college. But she was not just devoted to the physical health of the people she served; she was committed, as one friend described it, to “the physical, mental, moral, and social uplifting of women.”

She became the vice president of the National Working Women’s Association. In her simultaneous roles as doctor, feminist leader, and new mother, Lozier was a friend to women in desperate circumstances.

One such woman was Caroline Fuller, a teenager who arrived at Lozier’s medical practice one day with a man who claimed to be her much older cousin, a “Mr. Moran.” Fuller was pregnant, and they were seeking Lozier’s services to make their “problem” go away. They wanted an abortion.

Lozier was horrified. As a doctor and as a woman who believed, as a friend explained it, in “the right of the human immortal to life from the earliest stage of its existence,” she rebuked Moran and informed him that “he had come to the wrong place for any such shameful, revolting, unnatural, and unlawful purpose,” fellow pro-life feminist Susan B. Anthony’s paper, The Revolution, later recounted.

But Lozier was deeply compassionate toward Fuller and offered her all the help she could give.

Moran became “quite abusive,” The Revolution reported, and “Dr. Lozier caused his arrest under the laws of New York for his inhuman proposition.” Some criticized Lozier, saying that as a doctor she ought to have kept the matter private, but her fellow feminists leaped to her defense.

“We have been amazed to hear her denounced for this brave, noble act,” abolitionist Paulina Wright Davis exclaimed.

It was one of the final brave acts of Lozier’s life. A few weeks later, she suffered a bad fall and went into premature labor. Her baby, Jessica, survived, but the 25-year-old Lozier did not.

Her friends and family reflected on her intelligence, faith, and boldness. The encounter with Fuller stood out. As Davis commented, “It was not till she came out firmly to stay the prevalent sin of infanticide that we knew the woman in all her greatness.”

This Women’s History Month, it’s fitting to honor women like Charlotte Lozier, for whom there was no tension between her passion for the rights of women and her care for life at its every stage. Instead, she was dedicated to a world in which all women and children could reach their full potential.

Tweet This: It’s fitting 2honor Charlotte Lozier, 4whom there was no tension between her passion 4the rights of women & her care 4life @every stage

Editor's note: Tessa Longbons is a research associate with the Charlotte Lozier Institute. This article was originally published at The Daily Signal, The Heritage Foundation's news platform.