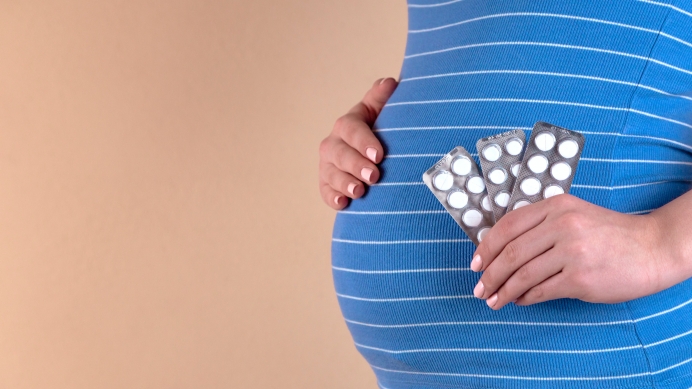 Despite pushback, Sen. Ted Cruz is right about abortion drug

(The Daily Signal) Sen. Ted Cruz, R-Texas, recently tweeted a piece from National Review reporting that he and other Senate Republicans had asked the Food and Drug Administration to remove the abortion pill mifepristone (also known as RU-486 or the brand name Mifeprex) from the market.

Pregnancy is not a life-threatening illness, and the abortion pill does not cure or prevent any disease. Make no mistake, Mifeprex is a dangerous pill. That’s why 20 of my Republican colleagues and I are urging @US_FDA to classify it as such.https://t.co/zDZoCKKg9S

Cruz made additional comments in his tweet that sparked outrage. Many accused the Texas senator of misinformation, misogyny, and more.

However, Cruz’s comments are accurate and persuasive, and abortion advocates should reconsider supporting not just abortion, but their effusive praise of this particular drug.

Last time I checked, Republican men do not speak for women.

Ted Cruz’s chauvinistic attitude is part of the reason why the United States has the highest rate of maternal mortality in the industrialized world. We doubled our maternal mortality rate from the 1980s to today. Pregnancy is not an illness, but it is life threatening in America.

Texas has a maternal mortality rate of 34.5 per 100k live births (8th highest in US, shockingly 14 of 15 highest states voted Trump in 2016). Texas mortality rate is just worse than Syria, but slightly better than Egypt.

For those innocently or willfully ignorant of the the dangers of maternity, including the racial disparities in maternal health, @CDC has an entire research program devoted to studying ithttps://t.co/W7hMfHtBbS pic.twitter.com/HmlFlmFiHK

Let’s address Cruz’s brief tweet, line by line, and see if it holds up against science—and the outrage.

“Pregnancy is not a life-threatening illness.”

Critics took note of this phrase and overreacted, spouting on social media that women die every year due to pregnancy or complications from giving birth, so Cruz must be devastatingly wrong.

Some even pointed out that pregnancy mortality rates in Texas are unusually high.

I’m sure the millions of Black, American Indian, and Alaska Native women who are two to three times more likely to die from pregnancy-related causes than white women, would beg to differ on this. https://t.co/ahtWQvFznH

To be sure, there is a pregnancy mortality rate in America. According to the Centers for Disease Control and Prevention, as of 2018, it was about 17.4 deaths per 100,000 births. By this statistic alone, it’s clear Cruz is correct: Pregnancy is not an illness that ends disproportionately in death.

While the number is higher than I’d like it to be, as a woman who has given birth to four children, I must say pregnancy is not an illness that needs to be treated.

As trivial as this point might sound, it’s a key aspect of the abortion debate when it comes to inducing abortion: Abortion advocates, and particularly supporters of the drug mifepristone, support the drug given to women early in pregnancy because pregnancy, to them, is inherently something to be wary of—or perhaps even despise—because it carries with it a baby who is unwanted or inconvenient.

To pro-life advocates, however, none of these things is true.

“[T]he abortion pill does not cure or prevent any disease.”

Cruz made this point specifically because he and the other senators are asking the FDA to focus on its duty, which is recognizing and labeling safe medicines that help treat illnesses or cure diseases.

Since pregnancy is not an illness, the FDA has no business approving the use of mifepristone, which is designed to end the life of the tiny embryo growing inside mom. The FDA should not be in the business of supporting the use of drugs that can harm or kill people.

“Mifeprex is a dangerous pill.”

What most abortion advocates and supporters of the use of mifepristone don’t know is what the drug actually does to a pregnant woman. They know it can cause an abortion and often many just reflexively support that since it’s consistent with their position. But mifepristone itself is exactly what Cruz said it is, a dangerous drug that induces abortion in a messy, sometimes harmful way.

Dr. Anthony Levatino, an OB-GYN who has performed more than 1,200 abortions, explained how the “abortion pill” works. After the mother takes mifepristone at the clinic, it blocks progesterone, a natural hormone that women produce when pregnant, which breaks down the lining of the uterus. This cuts off “blood and nourishment to the baby, who then dies inside the mother’s womb,” Levatino says.

It gets worse. Mom must take a second pill, misoprostal (or Cytotec), which forces the woman into labor, causing “severe cramping, contractions, and often heavy bleeding, to force the dead baby out of the woman’s uterus,” Levatino said, adding:

The process can be very intense and painful, and the bleeding and contractions can last anywhere from a few hours to several days.

The pregnant woman then finally expels the dead baby and can bleed for at least two weeks, sometimes longer, afterward.

The abortion pill has even been known to cause maternal deaths due to infection or undiagnosed ectopic pregnancy.

Now can abortion advocates understand why so many pro-life people, including Cruz and the other senators, are against the FDA’s approval of this drug, which causes the death of an unborn life and so much pain and suffering for the baby’s mother?

In his comments, Cruz is hardly being misogynist, cruel, or indignant. In asking the FDA to reconsider its support, he’s actually being pro-woman, pro-safety, pro-life, and pro-medicine.

Tweet This: In asking the FDA to reconsider its support for the abortion pill Sen Cruz is actually being pro-woman, pro-safety, pro-life & pro-medicine.

If abortion advocates cared about women as they insist they do, they would reconsider their support of such a harmful drug.