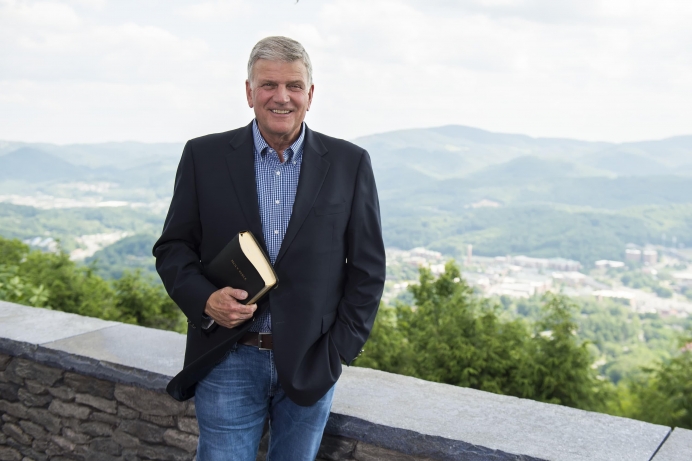 Exclusive- Franklin Graham: “The Equality Act is a dangerous threat to our nation”

Along with other issues, H.R. 5 poses a significant pro-life threat. It amends the 1964 Civil Rights Act, adding language that could be used to make abortions more available, expand taxpayer funding of abortion, and weaken conscience protections for health care providers opposed to participating in abortions.

Below we bring you an exclusive interview with Pregnancy Help News and Franklin Graham highlighting the various dangers of the Equality Act:

Franklin Graham’s international relief organization Samaritan’s Purse sent a mass email communication on February 25, 2021. It starts out: “We Cannot Remain Silent! The Equality Act is a dangerous threat to our nation.”

In a phone interview, I asked the evangelist and missionary why he chose to speak out on this particular issue while so many concerns worldwide are calling for his ministry’s attention.

“It is a very dangerous legislation,” Graham stated. “It could drastically change the religious landscape in this country.”

Graham continued, “Take sports, that a biological male can say that he identifies as a female, and he can play sports on a female team? This would be the end of women’s sports.”

There are five groups that will be most affected by this legislation, according to the Heritage Foundation: Employers and workers; Medical professionals; Parents and children; Women; Non-profits and volunteers (charities).

I also spoke with two teachers from a Christian school in Indiana, and they, remaining anonymous, expressed their concern over what this legislation could do to Christian schools.

“To put schools and churches in the position of having to decide whether to follow the government or the Bible—I just don’t see how true Christian education will survive this bill,” stated one teacher.

Adding to his colleague’s concern, the other said, “I knew if they tied gender identity to civil rights, and they associate that with Christian schools, then we would be in a position where we might be discriminating against somebody who declared themselves as homosexual. They may even have signed our statement of faith previously but due to this legislation, that power (to expect staff to comply with the school’s policy) could be taken out of our hands, people may intentionally do this to take down our school.”

“This thing was born in hell, this legislation,” he stated. “It comes from the devil. It is just absolutely the worst thing I’ve ever read or seen.”

A doctor in Arizona whom I asked about the ramifications of the Equality Act had this to say:

“Taking medicine outside of the hands of medical professionals and handing it over to the government is as dangerous as handing over policy writing to toddlers … they aren’t equipped or trained for the task at hand and will make a mess of it all. Instead of being able to think for themselves, physicians will be forced to forego their ethical standards in order to practice a form of medicine only focused on preventing lawsuits rather than focusing on the wellbeing of the patient. Such a shift has already begun.”

I noted to Graham how this legislation could be used against doctors and hospitals that don’t believe in performing abortions and offering other services in opposition to their principles.

“No question,” he responded. “This is why this is so dangerous. This is why we’ve got to encourage our congressmen, and senators to vote against it, to let the White House know, President Biden, we need to let our voices be heard.”

Tweet This: The Equality Act is "very dangerous legislation,” "We need to let our voices be heard” in opposition - Franklin Graham

Graham further reflected on the significance of taking action, “This is so important. Politicians react when people speak. If nobody speaks out, then they think, ‘it’s going to be okay to go ahead and do this.’”

“They need to hear about the millions from across the country, how dangerous this is,” he said.

Graham remarked again on the implications for doctors.

“You’re stripping the rights of conscience,” he said. “(With the Equality Act) We have to let the government designate what is moral, and we have to accept the government beliefs and mandates about sexual orientation and gender identity, and be forced to teach that as the right way?”

“It is not the right way, it is wrong,” he said. “Our schools would be forced into this. I’m thinking about the young girls and boys in this country that would be subject to predators. Predators would use this as an opportunity to prey upon the weak and that is what scares me the most.”

People with gender dysphoria are suffering, and instead of getting help and compassion, with through the promotion of gender ideology they are being treated as pawns in a political game. Exploiting mental health conditions in place of authentic care places the individuals facing these conditions on a hurtful path of use and abuse.

Graham addressed these points, “The government is taking more and more moral issues and making them political issues. Because they make them political issues, they’re taking our ability to respond to people, and to do it in a loving way, and we are ignoring God’s teaching and God’s word.”

“If you take the issue of same-sex marriage; God made marriage between a man and a woman,” Graham said. “The government says this is a political issue. But it is a moral issue and God made us male and female. Sex outside of marriage is a sin, and God is going to judge sin one day.”

“If you take not just homosexuality, but if you take abortion - the government says this is a political issue,” he continued. “Well, it is a moral issue. God created us and gave us life. Many churches and Christians are just rolling over and letting the government take these moral issues and change them and force us to accept their changes - Which is sinful.”

Tweet This: The government says abortion is a political issue. Well, it is a moral issue. God created us and gave us life. - Franklin Graham

“So, I would encourage people to write their congressmen and senators,” he said. “Oppose this legislation, it is dangerous. And as I said, I believe it was born in hell.”

Referencing an earlier Pregnancy Help News article, I asked Graham to comment on pastors who have soften their rhetoric when it comes to abortion and other life issues.

“When we get away from what the Scriptures teach, this is where we get in trouble,” he added. “What happens is that people have a false belief in Scripture. They don’t understand the Bible so they just think they can make up their own philosophy or their own moral code, and they can live by whatever they want to live by.”

“We better listen to Him,” Graham concluded, “because He’s the Creator of this universe and when Jesus Christ returns, He is coming to conquer this world and judge this world for its sin.”

Editor’s note: Heartbeat International, which manages Pregnancy Help News, manages a worldwide network of more than 2,800 pro-life pregnancy help organizations providing comprehensive pregnancy help to woman and families wherever they are in their life journey. Heartbeat International’s affiliated pregnancy help providers, including pregnancy help centers, maternity homes and adoption services, make a commitment to serve their community with honesty, integrity, and equality through Heartbeat’s Commitment of Care and Competence. Heartbeat’s training and resources include equipping its affiliates to provide services in sexual integrity. Heartbeat’s 24/7 contact center Option Line is ready to respond to contacts around the clock and refer women and families in need to life-affirming resources.

The physician quoted in the article is a relative of the author.