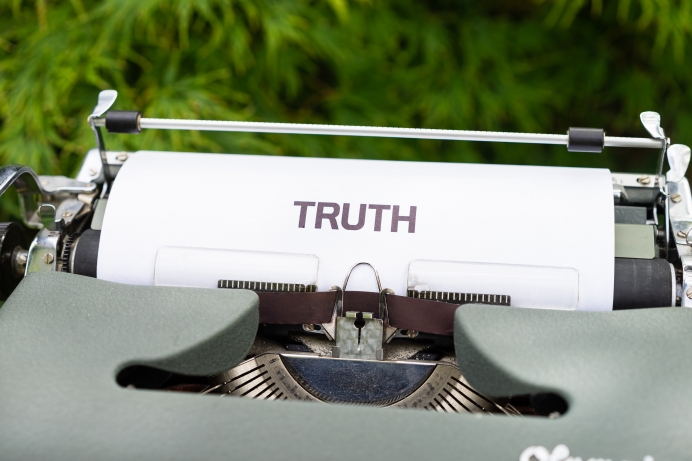 Like previous Facebook fact-checks of pro-life groups, including Live Action, this fact-check is highly misleading and shows strong bias in favor of the abortion industry.

Here is what you need to know:

In 2015 the Center for Medical Progress (CMP) released undercover footage of Planned Parenthood executives appearing to discuss the sale of body parts from aborted children.

PolitiFact claims “Planned Parenthood was never found to have ‘sold baby parts’” and further claims the term “baby parts” is “wrong and greatly misleading.” However, Planned Parenthood Gulf Coast Director of Research Melissa Farrell told CMP that researchers sought “brain, kidney, thymus, liver spleen, femur” obtained from the bodies of preborn children killed in her facility. This is one of many references to body parts of aborted babies in the hours of CMP footage.

PolitiFact uses quotes around the term “journalists” when referring to Daleiden and Merritt, yet Daleiden called the search and seizure a violation of his First Amendment rights as an undercover journalist.

PolitiFact verifies Harris’ involvement as California attorney general, and even appears to verify LifeNews’ [reprint of the Liberty Counsel report] claim that Harris had a political conflict of interest in this case, stating:

Planned Parenthood’s political arm recently spotlighted Harris ‘as a defender of reproductive rights and health care.’ She has received tens of thousands of dollars in campaign finance contributions from Planned Parenthood affiliated groups, including $15,000 during her 2014 campaign for re-election as attorney general, according to the California Secretary of State’s website.

In 2017, 15 criminal counts were brought against Daleiden and his colleague Sandra Merritt in California. The charges included violations of California Penal Code 632, which prohibits recording without consent. CMP recorded Planned Parenthood executives in public locations, including restaurants and trade conferences where the legal expectation of privacy is a subject of debate. The undercover tactics used by CMP are also a matter of debate among journalists. For example, animal rights activists exposed undercover recordings of animal cruelty at California chicken and duck farms. In these cases, California authorities investigated the farms, not the animal rights activists.

Many of the charges against Daleiden and Merritt were later dropped.

PolitiFact attempts to distance Senator Harris from the prosecution and seems to suggest that because Harris had moved onto the U.S. Senate by 2017 (when criminal charges were actually brought) that she is not responsible for the prosecution. Yet PolitiFact also admits, “Harris was attorney general in 2015 when she announced she would investigate Daleiden and when her agency seized his laptop and hard drives from his Orange County apartment in 2016.” Harris’s decision to prosecute Daleiden for violating the criminal eavesdropping statute has been described as unprecedented.

Some raised concerns that this working relationship between the California attorney general’s office and Planned Parenthood was a form of collusion and corroboration. Daleiden’s attorney, former Los Angeles District Attorney Steve Cooley, said, “This is going after an individual, a single person who was operating as a citizen journalist. And all the activity and the timing of it all strongly suggests a real partnership between the attorney general and Planned Parenthood.”

California lawmakers from both major political parties, the American Civil Liberties Union of California, and the California Newspaper Publishers Association opposed AB 1671 due to concerns that it violates the First Amendment rights of journalists. The Los Angeles Times editorial board said AB 1671 would result in “unanticipated and unwelcome consequences,” and called it “bad for whistleblowers.”

Daleiden has now filed a lawsuit naming Harris and her successor, Xavier Becerra, for abusing their prosecutorial discretion and violating his First Amendment rights, and for selectively enforcing California’s eavesdropping statute against pro-life journalists.

PolitiFact does not discuss the First Amendment implications of the CMP prosecution, yet appears to dismiss the notion that Harris selectively targeted “pro-life journalists.”

PolitiFact’s consistent use of quotes around the term “journalist” when referring to Daleiden and Merritt implies they are not journalists. While definitions for the term may vary, some definitions are found in state and federal law. For example, 30 states and the District of Columbia have enacted Shield Laws to protect journalists from revealing confidential sources in court. While some insist that First Amendment and other legal protections for journalists only extend to writers employed by traditional print media, states like Nevada have extended their Shield Law protections to online bloggers. Daleiden has been called, and refers to himself as, a “citizen journalist.”

To support the claim that the accusations are “unfounded,” PolitiFact relies on the abortion industry talking point that Planned Parenthood merely receives “fetal tissue donations for medical research” which is allowed under federal law, that women “must provide written consent,” and that Planned Parenthood is only paid for “transportation, processing and storage.”

However, CMP’s investigative videos revealed hours of conversations between CMP investigators and Planned Parenthood staff, executives, and affiliates which suggest more than a mere donation program. As Fox News previously reported, “Planned Parenthood has defended itself by claiming that its charges related to transportation and time spent by staff. The invoices don’t mention either of those, however, nor do they contain the word ‘reimbursement.’ Instead, they assign a fee per body part. Specifically, the previously released contract between those organizations showed that the exchanges were based on ‘POC determined in the clinic to be usable.’”

In one CMP video, Dr. Mary Gatter appears to haggle with CMP investigators, saying, “Why don’t you start by telling me what you’re used to paying?” Gatter goes on, “Well, you know in negotiations the person who throws out the figure first is at a loss, right?”

In another video, CMP investigators describe themselves to Dr. Carolyn Westhoff as fetal tissue procurement agents. Westhoff, a senior medical advisor for Planned Parenthood, talks about working with “people who want particular tissues… they want cardiac, or they want eyes, or they want neural… spinal cords… oh gonads. Oh my God, gonads.” She even assures CMP, “everything we provide is fresh.”

One of the most disturbing videos showed Dr. Deborah Nucatola, senior director of medical services at Planned Parenthood Federation of America, casually discussing the demand for the body parts of aborted children during a lunch meeting. “A lot of people want intact hearts these days,” she said, as well as “lungs,” and “as many intact livers as possible.”

CMP’s investigation sparked a national uproar, and numerous state and federal investigations. Planned Parenthood even announced publicly that it would no longer accept any form of reimbursement in connection with its fetal tissue program. Just this year, unsealed documents from Daleiden’s lawsuit against Planned Parenthood disclosed “invoices” showing the abortion corporation charged contractor StemExpress $25,000 for “fetal tissue and maternal blood samples.”

Yet, citing a 2016 NPR article, PolitiFact claims “a dozen states” investigated Planned Parenthood but reached “no criminal findings.” But this claim misrepresents the nature of criminal investigations, of undercover journalism, and of the current facts surrounding the allegations against Planned Parenthood.

Second, criminal investigations can take years, may be largely conducted confidentially, and may be thwarted by the ongoing criminal behavior of the target, such as destruction of evidence. In 2011, for example, it was reported that a trial court judge postponed a criminal case against Planned Parenthood after it was discovered that the state health department had shredded material evidence in the case.

Third, other parties involved in the CMP investigation have been charged. The Orange County District Attorney brought charges against two of the biomedical companies CMP identified as doing business with Planned Parenthood, for illegally profiting from the sale of body parts of aborted children. The sister companies, DaVinci Biosciences and DV Biologics, pleaded guilty and eventually settled with prosecutors, paying $7.8 million in fines and damages. The companies may have also provided kickbacks to Planned Parenthood in exchange for harvesting body parts.

Finally, a federal investigation of Planned Parenthood may be ongoing. In 2017, it was reported that the federal Department of Justice would be investigating Planned Parenthood in light of the CMP videos, after the Senate Judiciary Committee found serious discrepancies in Planned Parenthood’s fetal tissue transfer policy. The committee referred the matter to the DOJ. As recently as January of this year, over 60 members of Congress requested an update on this DOJ investigation.

The governors of Arkansas and Texas have even terminated Planned Parenthood from their state Medicaid programs because of the CMP revelations about the sale of body parts of aborted babies.

PolitiFact’s citation of a 2016 NPR article to prove that Planned Parenthood has been exonerated of all criminal wrongdoing is not only outdated, but highly misleading.

Facebook and other social media companies have demonstrated a pattern of bias against pro-life groups, and the pro-life view that abortion is the killing of an innocent preborn human, and not “health care.” In 2019, Facebook’s fact-checkers previously labeled Live Action’s claim that “abortion is never medically necessary” as “false and inaccurate.” Senator Josh Hawley later confirmed that Facebook CEO Mark Zuckberg admitted that the actions taken against Live Action showed bias.

In this latest fact-check, PolitiFact uses loaded partisan language to describe Judge Amy Coney Barrett as a “conservative ideologue who could vote to eliminate abortion rights.” It also uses slanted abortion industry talking points, saying “Planned Parenthood provides reproductive health care services, including abortions.” This statement begs the question about how Facebook and PolitiFact must define the term “reproductive health care services,” since they include abortions in their list. Pro-life groups, including Live Action, say abortion is not “health care,” but is rather the killing of an innocent preborn human.

In 2017, it was reported that Facebook COO and longtime board member Cheryl Sandberg personally donated $1 million to Planned Parenthood, and did so again in 2019. According to the Center for Responsive Politics, Kamala Harris is also a recipient of political contributions from Facebook employees and affiliates. Planned Parenthood is expected to spend $45 million during the 2020 election.