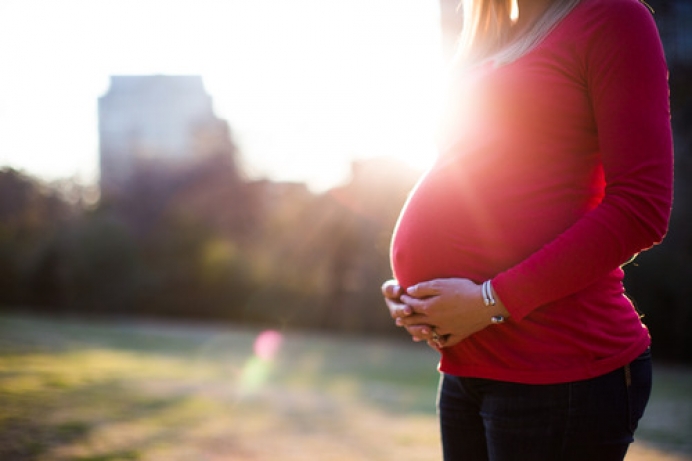 Here's Why Pregnancy Centers are "Not Illegal" (Part I)

Slate.com and Cosmopolitan may not be publications known for sound legal articles, but that doesn’t stop them from offering legal advice on how to take down pregnancy help organizations (PHOs).

Recently, freelance journalist Meaghan Winter, who conducted a yearlong “investigation” of pregnancy help organizations, shared her own legal musings in both these publications, based on what she touted as her “research” into PHOs.

Her most recent article in Cosmopolitan provides anecdotal evidence to allegedly support Ms. Winter’s overall contention that PHOs deceive women by marketing themselves as “sweet grannies and medical pros,” while receiving “tens of millions of federal and state dollars” to supposedly push their pro-life beliefs on unsuspecting clients.

Tweet This: @Cosmo and @Slate aren't known for sound legal articles, but that doesn't stop them from attacking.

It follows on the heels of a Slate.com article also written by Ms. Winter, in which the title boldly asks, “Why are Crisis Pregnancy Centers Not Illegal?”  The entire article focuses on a seemingly strategic plan to shut down CPCs based on 3 legal theories: consumer fraud, violation of the separation of church and state, and medical malpractice through the unlicensed practice of medicine.

The irony? Ms. Winter answers her own question and undermines the very theories she proposes: in fact, PHOs are not illegal, because these three “possibilities” are “difficult to pull off” (in Ms. Winter’s own words). I happen to agree with her, and here’s why.

As an attorney who has represented clients in medical malpractice cases and now works for a pregnancy help center, I’m not only humored by the fact that Ms. Winter authors an article in which she defeats her own arguments, but I am also amazed at the faultiness of the legal logic she uses in her proposal to take down PHOs.

But perhaps the greatest irony (as I will discuss in part two tomorrow) is that most of her legal theories can be easily alleged and proven against abortion “clinics” themselves.

Let’s take a look at each of Ms. Winter’s legal causes of action against PHOs separately.

According to Ms. Winter, PHOs are committing consumer fraud by engaging in false advertising and other misleading practices. The charges she levels include PHOs giving “neutral-seeming names” to their clinics, locating themselves near abortion clinics, and “scrubbing their Christian beliefs from their websites.”

However, she never claims that PHOs actually advertise they perform abortions. The legal definition of consumer fraud may vary from state to state, but generally, it involves defrauding a consumer of a product or service that does not perform as advertised, or overcharging through some form of deceptive practice.

Not one PHO advertises on its website that they actually perform abortions or provide abortion referrals. At the same time, PHOs offer their services free to clients so they never overcharge or fraudulently charge for anything they provide.

Second, in order to prove consumer fraud, the plaintiff must prove something called damages.  It is not enough that any plaintiff was somehow misled or deceived; she must prove that she suffered legal harm as a result.  In the case of fraud, this means that she must prove pecuniary or financial loss.

Again, the services of most PHOs are totally free to the client, which would make it nearly impossible to suffer financial loss as a result of visiting one. More importantly, as Ms. Winter actually concedes, the “multiple lawyers” whom she has consulted admit that that not one plaintiff can be found.

Understandably, women involved in crisis pregnancies are not the first people in line to file lawsuits. However, if a damage or harm could be proven from going to a PHO, what might it be?

The birth of the child that the woman is carrying?

Fortunately, there is no jurisdiction in the United States that considers carrying a child or giving birth to a child to be a “damage” under the law.  Feeling stigmatized or emotionally harmed by a PHO does not constitute damages for purpose of a consumer fraud claim.

However, as I will address in part two, legal damages in the form of physical and emotional injury have been alleged and proven against abortion clinics.

Violation of the separation of church and state:

In fact, only a few pregnancy help organizations across the nation actually receive such funding. In her Slate.com article, Ms. Winter uses these rare instances to support her claim that PHOs violate the alleged “church and state” separation under the law.

Let’s take a look at the validity of Ms. Winter’s legal claim.

First, “separation of church and state” is a mantra used today by many who don’t really understand what it actually means, and Ms. Winter happens to be one of those people.

The First Amendment to the Constitution of the United States guarantees citizens freedom of religion pursuant to the Establishment and Free Exercise clauses. The Establishment clause prohibits the government from endorsing or supporting religion, while the Free Exercise clause prevents government from outlawing or seriously burdening a citizen’s pursuit of his or her religion of choice.

In today’s society, much attention is given to alleged violations of the Establishment clause, while ignoring the Free Exercise clause.

Ms. Winter’s analysis is that PHOs are violating what she calls “church and state” by receiving government funding for their Christian-oriented missions.

Assuming that these states are in fact receiving such funding, the grants are not appropriated for PHOs because of any Christian philosophies that its members hold; they are appropriated to centers in order to help women in crisis pregnancies.

As many supporters of abortion rights tend to forget, the choice to carry to term and give birth to a child is an actual “choice.”

Nothing in our Constitution prohibits the state from funding this purpose to promote the general welfare of its citizens, which includes the care of a pregnant mother and her child. The fact that these centers are faith-based in no way violates the Establishment Clause, because the provision of funding to a PHO does not endorse or establish any religion with regard to its citizens.

A woman visiting a PHO is not coerced in any way to “accept Christ,” even if she is encouraged to do so; the mission of the center is for her to understand that she has a choice to keep her child and that abortion is not her only choice.

This mission actually supports the Free Exercise clause of the First Amendment by allowing citizens to create entities that reflect their own religious beliefs without government interference.

Again, there is no coercion or imposition upon anyone else to accept those religious beliefs. The woman does not have to become a Christian in order to obtain the services of the PHO. All PHOs provide services to women regardless of the client’s religious beliefs or practices.

And, in the end, the client is also not forced to give birth; she can still exercise her choice to abort.

Second, and perhaps more importantly, Ms. Winter’s two accounts of what happens in Pennsylvania and Arkansas are not at all reflective of how most PHOs obtain their funding.

Admittedly, even the PHOs mentioned in her Cosmo article receive very little funding from their state governments. (Pennsylvania’s Real Alternatives PHO allegedly gets reimbursed $2 every time they provide assistance).

Most PHOs receive the majority, if not 100 percent, of their funding from private donors. As such, even under Ms. Winter’s implied definition of “separation of church and state,” there can be no such violation when funding for a private entity comes from private individuals or organizations.

In fact, if a PHO is privately funded (especially those that receive 100 percent of their funds from private donors), the Free Exercise clause of the First Amendment actually protects them from having the government interfere with the “free exercise” of such beliefs in the work that they do.

Tomorrow, let’s talk about who actually does receive enormous sums of taxpayer funding in the world we know as “choice”: It happens to be those who advocate for and provide abortions.

Anna Velez, JD, serves as Director of Communications and Research for The Women's Centers of Greater Chicagoland, a Heartbeat International affiliate.