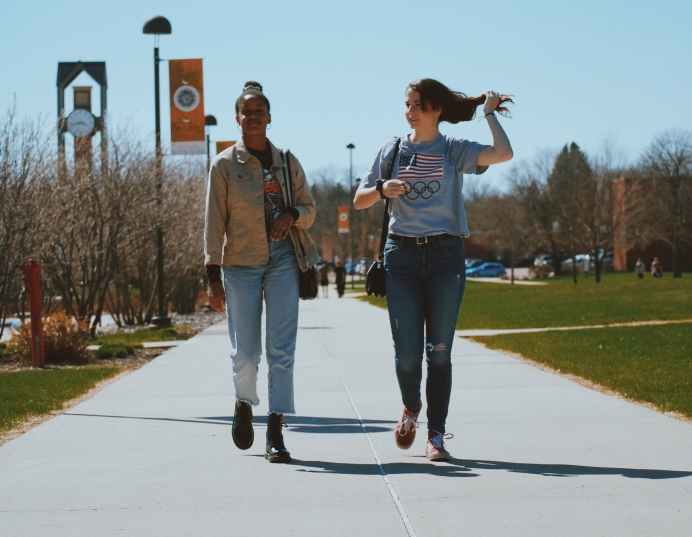 Six minutes away from Kent State University’s campus is a Planned Parenthood. It is part of a strip that has many local restaurants and cafes that my fiancé and I frequent. We pass by the abortion facility almost every time we visit this area.

While Planned Parenthood purports to provide other healthcare services such as mammograms and STI testing, the company is the largest abortion provider in America. In 2017, for example, they performed over 320,000 abortions. And while their abortion services have remained steady over the last few years, provisions for their other services have decreased.

Planned Parenthoods are not coincidentally placed near college campuses. Many studies have proven that the likelihood of women getting abortions increases as the distance from an abortion facility decreases. Also of note, Planned Parenthood knows, as everyone does, that college is a time for students to “discover themselves” and “try new things” now that they are finally away from home. Often this translates into having sex for the first time, having hookups, and/or having more than one sexual partner before graduation. Furthermore, the favorite weekend activity for most college students is partying and drinking, whether it is going to house parties, bars, or clubs. Drinking lowers inhibitions and causes students to flirt. It is these nights when college students are most susceptible to making hasty decisions with long-term consequences — and Planned Parenthood knows this.

Tweet This: Planned Parenthoods are not coincidentally placed near college campuses.

Planned Parenthood is there to make sure college students aren’t “inconvenienced” by an unplanned pregnancy. Some statistics show that 45% of college women in America have an abortion before they graduate. The main reason why college women have abortions is that they do not consider themselves ready to become a mother. Unreadiness includes not being financially stable and not wanting to drop out of school to take care of their child.

Planned Parenthood has seen some pushback. Students for Life chapters at Catholic colleges have urged the colleges to cut all ties with Planned Parenthood, including internships and even web links. Pro-life groups also populate many public schools; however, there is a greater need for these student-run organizations in order to combat Planned Parenthood.

While abortion will continue catering to college students, our students must be educated about the importance of staying abstinent to avoid unplanned pregnancies. Students should also be educated on how the fetus develops from conception to birth so they know that abortion is the intentional destruction of a human life. There should be more of an effort to remind students that there are other organizations available to help when one is having mixed feelings about their pregnancy. Many college students are open to change. Indeed, with the proper education, there is a good chance that the percent of college-age women who consider themselves “pro-choice” will decrease significantly as more and more choose to fight for the life of the child in the womb.

Editor's note: Jessica DiSalvatore recently graduated from John Carroll University with a Bachelor’s degree in English. She is a devout Catholic who loves to educate herself about the faith. Her passion is creative writing, and also enjoys photography and weight training. This article was published by Cleveland Right to Life and is reprinted with permission.