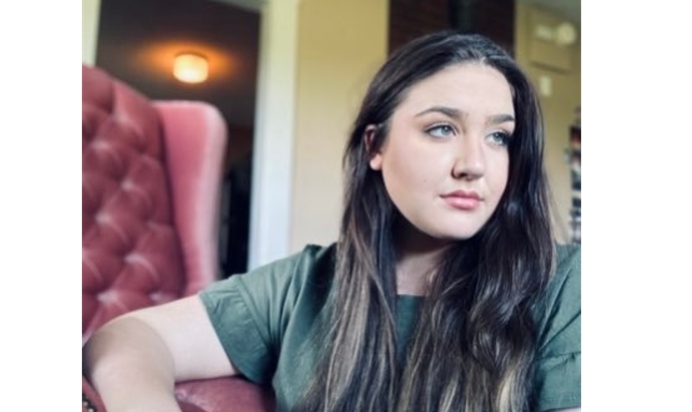 Cass Bowen spoke up on Twitter about being adopted from a crisis pregnancy. Her mother was raped and chose life for her, still, abortion proponents lashed back. Cass Bowen Twitter

A radio talk show producer’s testimonial tweet on May 4 resulted in some applause from the right and some clap backs from the left.

Cass Bowen is executive producer of “Wake Up Springfield” in Springfield, Mo., on 93.3 FM/560 AM KWTO. Bowen shared her birth story in response to the Dobbs v. Jackson Women’s Health Organization leak two days day prior.

“I was adopted out of a crisis pregnancy,” Bowen said. “My birthmother was raped at 13.”

"Now I have an intricate life full of love, purpose and influence," Bowen said. "I was once considered ‘just a clump of cells.’"

Her birth mother’s story occurred in 1998 in rural Missouri.

Bowen’s mom was in sixth grade when a 16-year-old boy asked her on a date. Excited that an older boy was interested in her, the young girl said yes. The date ended in an attack in the backseat of his car that left her pregnant.

“She didn’t think she could be pregnant,” Bowen said.

Her birth mother later confided in a youth pastor at her church. The pastor knew a family who was longing to adopt.

After some lengthy discussions, the 13-year-old set up the adoption with Bowen’s adoptive parents.

That fall she entered the seventh grade visibly pregnant.

“She chose to carry a baby in a small town where something like this was frowned upon,” Bowen told Pregnancy Help News.

Years later when Bowen was a teen herself, she searched for her birth mother on Facebook. The two began an online relationship and met in person in 2021.

“She was able to live a fulfilling life,” Bowen said. “She is a Navy vet and has four more children of her own.”

Bowen, too, has led a fulfilling life.

She graduated with a criminal justice degree from College of the Ozarks in Branson, she is executive producer of the radio talk show in Springfield and also communications director for Missouri State Senator Eric Burleson who is running for U.S. Senate.

Bowen is vocal about her pro-life stance, openly supporting her local pregnancy center fundraisers and speaking at events.

Therefore, her May 4 tweet should have surprised no one.

The left came out viciously, however, as the hot topic of abortion had become even hotter after the May 2 Dobbs leak.

Bowen went on to tweet in response to the negative responses.

“There is absolutely nothing a pro-abortion person can comment on my earlier tweet today that will change my mind on being pro-life,” Bowen said. “I will never stop fighting for life, even if I never stop receiving messages from people saying that I should have been aborted. #ProLife #blocked.”

“It was brutal,” Bowen told Pregnancy Help News a week after the responses. “I was getting comments, not just pro-choice but strictly pro-abortion. I put it out there that your arguments are not valid points.”

Tweet This: “I will never stop fighting for life, even if I never stop receiving messages from people saying that I should have been aborted"-Cass Bowen

Bowen went to say she is the “product of a niche trend scenario.”

“I was able to have a fulfilling life,” she said.

Bowen noted the point that some babies are “born into situations where they are set up to fail.” She argues, however that, “The sovereignty of life trumps all.”

The backlash and vicious words do not hurt her, she said.

“It just exposes the evil of the pro-choice platform,” said Bowen. “You’re in the comment section saying things like, ‘So what? You shouldn’t be alive.’”

There is absolutely nothing a pro-abortion person can comment on my earlier tweet today that will change my mind on being pro-life. I will never stop fighting for life, even if I never stop receiving messages from people saying that I should have been aborted. #ProLife #blocked

Heartbeat International Vice President Cindi Boston has been interviewed on Bowen’s radio program numerous times in the past. Boston is not surprised Bowen received such attacks, but said her story is one of success.

“Cass’s life, while it started in a heartbreaking way, is one of high impact and high value,” Boston said. “She makes a difference in southwest Missouri, and I experienced it while starting and working at Pregnancy Care Center for almost 20 years.”

“Cass uses her voice for families, for things that are good, true, and just,” said Boston. “And Cass defends life for the voiceless while supporting moms who boldly carry their babies and place them in the loving arms of an adoptive couple just like her mother did for her many years ago.”

While there are many who accept the pro-life stance “with the exception of rape,” Bowen is an example of life after trauma.

Boston said it is a story that needs to be told.

“We grieve for women who have been violated, and as a result, have many heart-wrenching steps to take,” she said, “like stepping toward forgiveness, emotional healing and choosing to live life despite the tragic event.”

“In rare cases, some of these brave women must also make a pregnancy decision,” said Boston.

“Cass’s mom chose to embrace the life of her child,” Boston said. “She courageous and selflessly carried her baby knowing the baby in her womb was part of her. The child within was a gift that she would then place in the arms of a couple desiring to parent.”

Tweet This: Cass’s mom chose to embrace the life of her child - A gift that she would then place in the arms of a couple desiring to parent.

Bowen refuses to back down from her stance on abortion, no matter how ugly the words may become and no matter how cruel the philosophies become.

These views, she noted, have gone from caring about the life of the woman having the abortion and her right to choose, to the “new morality that she can’t consent to being pregnant at all.”

“We are going from the theory of ‘It’s just a clump of cells,’ to now, ‘Babies are parasites feeding off the mother’s bodies,’” said Bowen.

Bowen feels confident that if Roe is overturned and the issue of abortion returns to the states, that her home state of Missouri will stand firm and make it very difficult to obtain an abortion.

Just over the border in Illinois, however, abortion centers are available for Missouri residents to easily get an abortion.

Even though Missouri is what Bowen describes as “ruby red,” her conservative talk show, which also features host and former Missouri Speaker of the House Tim Jones, gets many liberals up in arms. They often receive phone calls from screaming leftists, she said.

Bowen remains committed to speaking out on behalf of life.

“I’m going to continue to use my broadcast platform to be a lifetime advocate for our local pregnancy care centers,” Bowen said. “Maybe I’ll run for office one day. I have an audience and I plan to use it.”

Tabitha Goodling has been writing for media outlets for more than 20 years in her home state of Pennsylvania. She has served as a client services director at her local pregnancy center since 2018. She and her husband are raising four teenage daughters, which include a set of triplets.