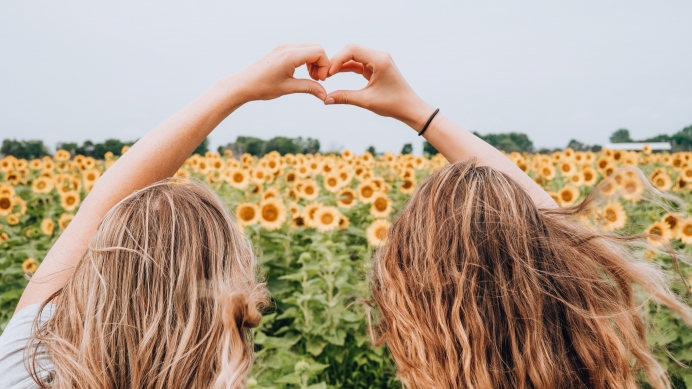 In a year of chaos, hold fast to the mission

The Year 2020—not yet six months old—is already the most chaotic in my memory, which goes back a few years.

On January 1, while watching bowl games, there was no way to predict that by mid-March, there would be no games . . . because of COVID-19. Who would have thought most of the entire world would be locked down, thousands of people would lose their lives (mostly our vulnerable, elderly population), and we would witness bread lines and unemployment not seen since the Great Depression?

How could we have known that on the political front, we would go from impeachment of a president to investigating leaders of the FBI and others in our national security apparatus, all in a few months?

Who could have looked ahead and told us we would see video footage of a Minneapolis policeman taking the life of another man? That this incident would not only lead to non-violent protests, but also to rioting on the streets of virtually every major city?

The last time we had so many stunning happenings in the United States was likely 1968. On March 31, President Lyndon Johnson announced a partial halt to bombing in Vietnam and in the same speech, shocked Americans by announcing he would not seek another term in the White House.

On April 4 of that year, Martin Luther King, the leader of the non-violent wing of the civil rights movement, was assassinated, breaking the hearts of freedom-loving people around the globe.

On June 5, Robert F. Kennedy won the California Democratic primary and became the front-runner for his party’s nomination. Within minutes of his victory speech, he too was assassinated.

In August, during the Democratic National Convention in Chicago, rioting broke out—which would cast a shadow over the entire election process.

I was only six then, and only one memory sticks. The morning after RFK’s assassination our family turned on The Today Show with Hugh Downs and Barbara Walters, as we often did. Before my mother and father could turn the channel, I saw footage of someone saying, “He’s been shot! He’s been shot!” I still feel a sense of dread in my stomach when my mind captures the chaos of that moment.

Recently, I’ve had the same feeling—more than once.

Pregnancy help—Lost in the chaos?

So, what does this mean to all of us in the pregnancy help community? How do we communicate our message when it seems each morning brings a new breaking story? When “pro-life” takes a back seat to impeachment, COVID-19, murder hornets, possible lawbreaking by government officials, a policeman’s brutal tactics and rioting? How can we be heard amidst the chaos?

At this time more than ever, we understand the good work of pregnancy help will not top the evening newscast. A woman making the courageous choice of life against overwhelming odds does not pull viewers away from burning downtowns and violent videos.

Few—other than activists on both sides—are thinking about the abortion issue right now. Not politicians. Not newscasters, bloggers, podcasters or radio talk show hosts.

That’s okay. And perhaps, it is a good reminder that when we strip down our mission to its foundation, we’re not about abortion anyway.

While I’m the first to say we want to see abortion become unthinkable, our mission is really about a vital  issue—the sanctity of human life--which compels us to respond by loving our neighbor, just as Jesus taught.

We love the woman—and the man—facing an unplanned pregnancy. We don’t love them just to fulfill our agenda or win a political or social battle. We love them because no matter the circumstances under which one is born, life is a miracle. Life carries intrinsic value.

Therefore, all who come in our door are worthy. All are neighbors, even the unseen neighbors waiting to be born.

This mission, to love our neighbor, may not always make headlines, generate clicks, or create advertising revenue. But it is a worthwhile mission, every time.

Today the world appears to be burning, both literally and figuratively. “Love your neighbor” seems out-of-date, trivial and irrelevant when compared to uncovering governmental malfeasance, conflicts over re-opening society and the latest act of violence.

But while “Love your neighbor” is overlooked by too many, we know this command is the most effective tool for rebuilding society from the ground up. It’s fundamental, non-negotiable and extremely powerful. When Jesus first laid out this idea—complete with the story of a good Samaritan—He launched a way of thinking which transformed the world.

We love our neighbors through emotional pain, trauma, indecision, guilt or fear. We extend this love regardless of the reaction we receive or the results we see.

Tweet This: In the pregnancy help community we love our neighbors through emotional pain, trauma, indecision, guilt or fear.

Yes, the world is in turmoil. Jesus said there would be times like this, when events seem overwhelming. Our best response? Love God. And love our neighbor.

So, no matter how long the world’s storm continues, we’ll stick with these two ideas. They worked out fairly well in Jesus’ day—there’s no reason why they won’t work now.