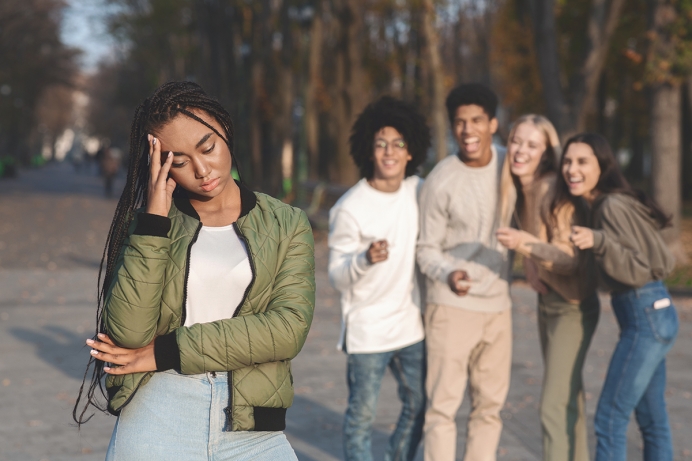 You have probably heard a lot lately about cancel culture and Big Tech censorship as more and more conservative voices have been blocked or suspended online. To the pro-life movement, these things are nothing new.

Take, for example, Google, which mandated that all pregnancy centers add a tag in their search results stating “does not perform abortions” while not requiring any such disclaimer for abortion facilities.

Or Facebook, which blocked several pregnancy center ads stating that they had “violated Facebook’s advertising policies,” though provided no additional details. (They have since been reinstated by Facebook upon review.)

Or ask Abby Johnson, Lila Rose, or any number of pro-life influencers who have had their messages censored on platforms such as YouTube, Facebook and Twitter. Pro-life organizations and individuals have been enduring this kind of censorship from Big Tech for years.

Politicians have gone so far as to try and force pregnancy centers to advertise abortion clinics. Thankfully, these cases continue to be found unconstitutional. And yet, they keep trying.

But just as disturbing as these tactics to control free speech are is a newer strategy which has become more prevalent over the past couple of years.

Activists target specific groups that they oppose and write a series of articles and opinion pieces, giving one-sided arguments ultimately attacking a particular worldview, namely the Christian one.

Unlike traditional journalists who are expected to come at an article with an unbiased approach and provide both angles of a given topic, activist commentators have a preconceived message they intend to send with a likewise predetermined narrative. Without providing results of completed research, they fill their articles with debunked claims, hyperbole and creative adjectives. Add in some “scare quotes” and you’ve got yourself a dicey piece of propaganda disguised as a news article.

The scary thing about activist commenters is that they can have some impact.

These activist websites are often well-funded and have a network of like-minded friends at various left-leaning news outlets who freely share their articles without question. (They often share the same funding source as well, so it benefits them both to reinforce a similar message, but it also further raises the question of credibility.) This increases the activists’ exposure and boosts their articles in search results so that when someone searches for pregnancy centers, the activist articles are more likely to appear than other information. (Thank you, Google.)

We at Heartbeat International know this tactic well.

The targeted attacks against Christian charities by several activist outlets such as Privacy International, openDemocracy, and the Democratic Socialists of America show a blatant bias against the pro-life pregnancy help movement by attacking organizations for simply being affiliated with Heartbeat.

Tweet This: ”Targeted attacks against Christian charities by activist outlets show a blatant bias against the pro-life pregnancy help movement.”

In a smear campaign launched last year, Privacy International created charges of deception and nefariousness against Heartbeat International, Compassion International, Alliance Defending Freedom International, Human Life International, and other Christian charities merely based upon being a U.S.-based organization investing any money into another country. (They must have missed the “International” in those names…)

They refer to Heartbeat as part of the “US Christian Right” or speak of us using “Dark Money” for what is actually our time, energy and efforts in training pregnancy centers.

To contrive a fiscal power scenario supposedly comprised of U.S. Christian organizations, past activist reports have grouped the organizations and their operating numbers together over extended periods of time, years in fact, to feign a ruse of major conglomerate funding. In reality, a couple of million dollars invested into training and resources over a decade for more than 1,000 overseas affiliates represents a reasonable cost of doing the business of serving people in need.

The reality also is that the amount of money that multiple pro-life organizations invest in pregnancy centers throughout the world pales in comparison to the amount put into advancing the abortion agenda in much shorter periods of time.

With millions, and in some cases billions, of dollars coming into Africa alone actively promoting abortion each year, it is all the more important that pregnancy help organizations exist there so that no woman feels so alone, coerced, or so hopeless that she believes abortion is her only choice.

The same organizations behind activist sites such as Privacy International and openDemocracy are the same ones that actively fund abortion. It is all public knowledge.

Tweet This: ”The same organizations behind activist sites are the same ones that actively fund abortion. It is all public knowledge.”

The Open Society Foundations finance these activist outlets (in conjunction with multiple others in the network) as well as “women’s rights” programs worldwide, putting millions upon millions of dollars into these programs each year. Couple that with the Ford Foundation’s and the Gates Foundation’s billions of dollars pushing an abortion agenda throughout the world and you have quite a major coordinated effort against anything countering the abortion agenda.

Never mind the fact that those organizations are the ones pushing for abortion in countries where it is illegal and against cultural norms. All in the name of “women’s rights” of course.

We know that, regardless of legality or locale, abortion is the real threat to women.

Tweet This: ”We know that, regardless of legality or locale, abortion is the real threat to women.”

But what you will see purported by their activist websites, of course, is that Heartbeat International is a threat to women - by its Christian mission, supporting pregnancy help organizations worldwide as those agencies serve their local communities, providing women and their families practical resources and compassionate support throughout pregnancy and beyond.