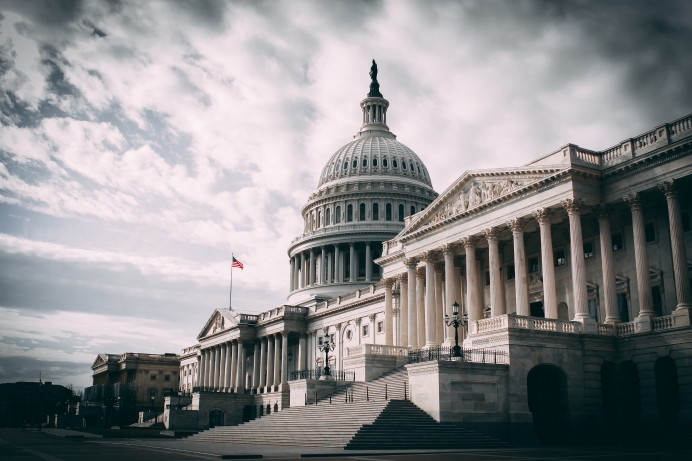 The law would enshrine abortion on demand in federal law, eliminate state-level restrictions on abortion, and has been described in pro-life quarters as radical, extreme, barbaric and horrifying.

The bill's 218-211 approval is essentially symbolic, the Associated Press reports, as "Republican opposition will doom it in the Senate." Democrats say they are doing all they can to codify Roe v. Wade, the AP report said, following the Supreme Court having allowed the Texas heartbeat law banning abortions in the state after a fetal heartbeat is detected, and as the court is set to hear oral arguments in December in the Dobbs v. Jackson case concerning Mississippi’s Gestational Age Act.

“This is about freedom, about freedom of women to have choice, about the size and timing of their families, [which is] not the business of people on the court or members of Congress,” House Speaker Nancy Pelosi (D., Calif.) stated at a press conference Friday morning before the vote, according to NBC News.

“Congress must protect the rights of women and pregnant people in every zip code, putting an end to an attack on abortion once and for all,” said Representative Jody Chu (D., Calif.), the bill’s lead sponsor.

Republicans had a different take on the law.

“What the Democrats are bringing before us, it’s really a radical bill….It allows abortion on demand up until birth,” House Minority Leader Kevin McCarthy (R., Calif.) said before the vote. “Regardless of how you feel about the situation, that is not the place I believe Americans are at.”

"This bill is far outside the American mainstream and goes far beyond Roe v Wade," Smith said during the Republican Special Order hour on the bill. "This bill constitutes an existential threat to unborn children and to the value of life itself."

The Manager’s Amendment, passed by the Rules Committee on Monday, expanded the scope of the bill to explicitly eliminate and prevent pro-life laws from local governments (such as counties and cities) and to target the state of Texas.

The Republican Motion to Recommit (MTR) HR 3755, offered by Rep. Julia Letlow (R-LA), would amend the bill to include the language of HR 619, the Born-Alive Survivors Protection Act, sponsored by Rep. Ann Wagner (R-MO).  Letlow describes her MTR here. The MTR failed by a vote of 210-219.

The Women’s Health Protection Act had been introduced in the past, and in this case House Democrats introduced the bill after Texas's Heartbeat Act went into effect Sept. 1. The Texas law has a unique enforcement mechanism in that it allows private citizens to sue anyone who aids a woman in obtaining an abortion. The provision was designed to protect the law from court challenges.

While forcing physicians, nurses and other health care entities to participate in abortion is not expressly listed as a requirement in the law, national pro-life group Susan B. Anthony List noted in a memo on the bill, the bill's language infers that a patient's right to abortion means imposing that "right" onto an unwilling provider.

The group's President Marjorie Dannenfelser criticized the law as providing protection for the abortion industry, not women.

“Abortion is not health care and the deceptively named ‘Women’s Health Protection Act’ is about propping up the abortion industry, not protecting women," Dannefesler said. "This radical anti-life bill would enshrine abortion on demand up to birth in federal law – blocking popular pro-life laws around the country, including limits on late-term abortions, waiting periods, informed consent laws, and limits on discriminatory abortions, and many others.

“Biden-Pelosi Democrats are dramatically out of touch with the majority of Americans who reject their pro-abortion agenda," she said.

“Making more abortion a top federal priority fails to help women advance and puts them at great risk of injury, infertility and even death,” Hawkins said in a report from LifeNews. “Trying to pass a federal power grab over the state’s authority to protect preborn life reflects is a misuse of authority from the bullies who have moved from ‘choice’ to coercion when it comes to abortion.”

March for Life President Jeanne Mancini said the legislation demonstrates how Democrats through the law are pushing to make the U.S. akin to countries where human rights are not respected.

“Pro-abortion Democrats have revealed their true vision for abortion policy in America by pushing the deceptively named Women’s Health Protection Act,” she said. “If Joe Biden, Nancy Pelosi, and their allies get their way, the United States will soon be indistinguishable from North Korea and China on the human rights issue of abortion.”

The president of the largest network of pregnancy help organizations in the world condemned the law as well.

"The thin facade of supposedly caring for women and children is shattered by Pelosi's bald-faced demand for abortion at any time for any reason," Jor-El Godsey said. "The willingness to cast aside protections for women and safety for minority children in favor of Big Abortion profits is simply astounding. And demonic."