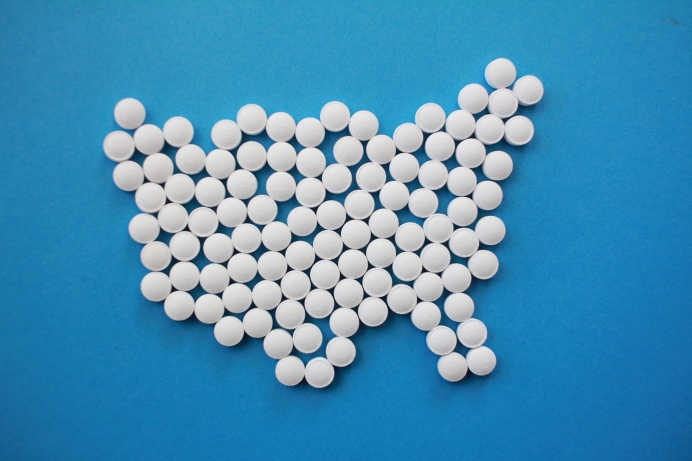 Earlier this week 92 members of Congress - 20 U.S. senators and 72 U.S. representatives - sent letters urging U.S. Food and Drug Administration (FDA) Commissioner Stephen Hahn to use FDA authority to classify the abortion pill as an "imminent hazard to the public health" that poses a "significant threat of danger."

The classification would result in the abortion pill’s removal from the U.S. market.

The GOP senators were led by Texas Senator Ted Cruz and the representatives by Georgia Rep. Jody Hice.

“[G]iven the devastating impact this drug has had on American women and children, we must now urge the FDA to exercise its authority under 21 CFR § 2.5 and classify the abortion pill as an "imminent hazard to the public health" that poses a "significant threat of danger" and remove this pill from the U.S. market,” the senators’ letter reads.

“According to FDA reporting, the abortion pill has taken more than 3.7 million preborn lives, caused 24 maternal deaths, and resulted in at least 4,195 adverse maternal reactions including hemorrhage, excruciating abdominal pain, and severe life-threatening infections,” the letter said, noting that adverse events are “notoriously underreported” and thus the actual number impossible to assess.

“Moreover, as of 2016, abortion pill manufacturers are only required to report maternal deaths,” it said. “However, most women experiencing adverse reactions (such as hemorrhaging) are more likely to seek emergency care at hospitals and emergency rooms, rather than returning to the abortion facility where the pill was prescribed."

Since the FDA approved the two-drug chemical abortion process in 2000, the agency’s safety standards reserved for high-risk drugs and procedures, titled, REMS (Risk Evaluation Mitigation Strategy), has applied to the abortion pill.

Chemical abortion, sometimes referred to as RU-486, also known as mifepristone or the brand name Mifeprex, is a two-pill process. The first pill stops the mother’s womb from building up Progesterone, the necessary hormone for a pregnancy to thrive. The second pill, misoprostol is taken one to two days later and causes the uterus to contract and deliver the deceased child.

The REMS requires that mifepristone be given in person and also that the abortion provider be competent in determining a pregnancy’s gestation, along with the ability to diagnose ectopic pregnancy and provide or arrange for “surgical intervention” in the event the chemical abortion fails or there are other complications.

The FDA has documented some 4,000 instances of serious adverse events related to the abortion pill, including more than 1,000 women who required hospitalization. And as of the end of 2018, there had been 24 reported deaths of women in the U. S. associated with abortion pills.

The abortion industry has been lobbying for at-home chemical abortion for some time and now wants the FDA to scrap the REMS requirement permanently.

"It is by now nakedly obvious that the abortion industry and its allies in the media, billionaire philanthropic circles, and special interest groups, have wanted an unregulated and demedicalized abortion pill since the moment the FDA first approved it in 2000,” the lawmakers’ letter said.

Tweet This: It is by now nakedly obvious the abortion industry & its allies have wanted an unregulated abortion pill since the FDA approved it in 2000

Abortion proponents have also used the coronavirus pandemic to push for access to “at-home” chemical abortion with the abortion drugs dispensed via webcam.

In a lawsuit brought by the American Civil Liberties Union (ACLU) on behalf of the American College of Obstetricians and Gynecologists (ACOG) and other abortion-supporting groups, Federal District Court Judge Theodore Chuang had suspended the in-person REMS requirement in July, citing the virus, and then modified his ruling to make abortions pill available online and through pharmacies without seeing a doctor during the pandemic. The FDA appealed suspension of the safety requirements in late July.

The Congress members’ letter denounced the abortion industry’s “scheme to bypass the FDA’s statutory authority to protect the health and safety of all Americans, by using the Coronavirus (COVID-19) threat as a ruse to eliminate the FDA’s Risk Evaluation Mitigation Strategy (REMS).”

“We believe that this rogue judicial activism is a gross breach of the separation of powers, undermining the FDA's statutory authority to ensure drug safety, while recklessly endangering American women and children,” they wrote. “The FDA must resist this opportunistic ploy to expand access to abortion under the fallacy that the REMS imposes an undue burden on women's rights.”

The letter calls as well for investigation of the ethical practices and FDA compliance of current abortion pill clinical trials taking place in the U.S. and overseas, citing the TelAbortion project conducted by Gynuity, a pro-abortion research group associated with Planned Parenthood.

The letter cautioned that Gynuity’s direct-to-consumer abortion pill by mail experiment creates risk for American women and girls as young as 10 years old, and calls Gynuity’s use of women in Burkina Faso in their second trimester “as research subjects” - despite high risk of infection and uterine rupture and a shortage of emergency services and blood products for transfusions in the region - “highly suspect.”

The GOP lawmakers’ letter also praised the FDA for its efforts to stop the illegal trafficking of mail order abortion pills into the U.S. by foreign companies, stating that, “By openly violating FDA requirements, these foreign actors attempt to kick open the doors for sexual predators” who use the drug to force abortion on their victims.

Leaders from more than 20 pro-life, Christian and conservative organizations wrote the FDA in late July urging removal of the abortion pill from the U.S. market.

More than 150 members of Congress wrote to the FDA in support of continued regulation of chemical abortions in April in response to calls to expand access to at-home abortions during the pandemic.

In May a large coalition of pro-life and family organizations wrote to the FDA pressing the agency to seize the website domains for two organizations accused of flouting U.S. law overseeing chemical abortion drugs.

Cruz tweeted Wednesday about the abortion pill letter to the FDA, stating, “Mifeprex is a dangerous pill and should never have been approved. It is an "imminent hazard to public health" that poses a "significant threat of danger."

“Pregnancy is not a disease,” Cruz said. “Abortion is not health care. The abortion pill is not medicine.”

Tweet This: “Pregnancy is not a disease. Abortion is not health care. The abortion pill is not medicine.” - Sen. Ted Cruz