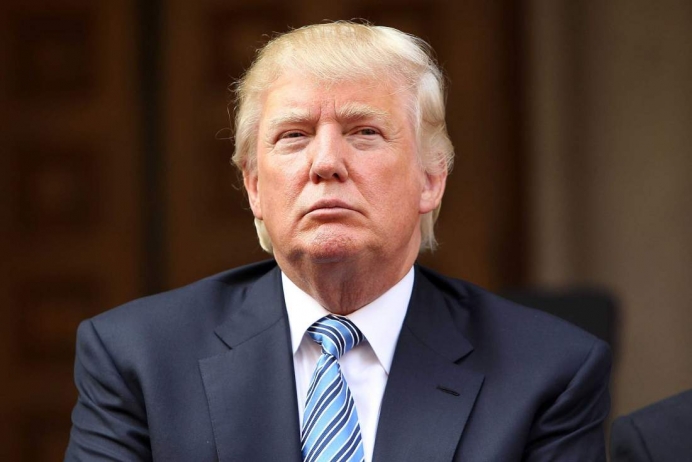 No Mr. Trump, Women Should Not Be Jailed for Abortion

Few are the times the pro-choice and pro-life communities truly see eye-to-eye.

Thanks to the latest incoherency from one Donald J. Trump, we’re looking at one of those all-too-rare moments today.

And who said Trump couldn’t unify?

Observers on all sides of the abortion equation—and even those undecided or ambivalent on the issue—were shocked, horrified and outraged to hear the real estate mogul and inexplicably GOP frontrunner declare Wednesday that “there has to be some form of punishment” for women who obtain an abortion.

From Hillary Clinton and Bernie Sanders, to March for Life’s Jeanne Mancini and Susan B. Anthony List’s Marjorie Dannenfelser—hardly your everyday allies—the outrage at suggesting a woman should be “punished” in any way for an abortion decision has been lambasted and denounced as perhaps the crown jewel in Trump’s litany of foolishness that has marked his campaign to the White House.

To anyone outraged at Wednesday’s comments, regardless of party or position, your condemnation is just.

Jailing women for choosing abortion is not the cause of the pro-life movement. It is not why, for the past 50 years, men and women of good conscience have sacrificed Saturdays to pray in front of abortion clinics. It is not why pro-life political figures and grassroots campaigners have fought so hard to represent the value and sanctity of life throughout cities, counties, states, and at the federal level.

Jailing women for choosing abortion is certainly in direct opposition to those unspeakably brave women and men—those heroes—who stand up and say, “I regret my abortion.”

Tweet This: Jailing women for #abortion is not who we are #prolife @March_For_Life @SBAList

Jailing women for choosing abortion is the polar opposite of women and men who open pregnancy centers or medical clinics equipped with ultrasound and STI testing.

Jailing women is not the hope of those who open their homes and their hearts to women who need a place to live and give life to their precious children. It is not the mission of those who devote their lives to adoptive services that give each woman a courageous third option in an unexpected pregnancy.

Jailing women for abortion is not what we fight for. It isn’t who we are.

Beyond this point, however, calling for the punishment of women who choose abortion denies and overlooks what is under the central calamity of abortion itself.

Abortion itself is a form of imprisonment. It takes a woman who has been blessed with an honor nothing short of divine—a baby growing inside of her, entrusted to her by God Almighty—and devilishly arrests her, dispossessing her of motherhood.

Abortion shackles women and men in a way that can last a lifetime. Many post-abortive women and men are brought so low because of their decision to abort that they have turned to suicide as the only existing route of escape from the prison in which they find themselves confined.

At its very “safest,” abortion is a death sentence to one irreplaceable member of the human family. Tragically, abortion is rarely at its “safest,” if there were such a thing. Despite all arguments to the contrary, women are dying from botched abortions not just in the developing world, but in the U.S. and Europe.

These are legal abortions. And they themselves are the bars and irons that keep a woman from cherishing the gift of motherhood—regardless of how she was entrusted with the gift of a child. Legal abortions, same as illegal abortions, deny a woman of her unmatched ability to raise children and succeed in business while enjoying the wholeness of both family and career.

No, Mr. Trump, no women should be jailed because they have chosen—or will choose—abortion. Abortion is the imprisonment. What we need is freedom from bondage, release of captives to the lie and jailer of abortion.

In the pro-life movement, we understand this. So many of us still grieve the children we ourselves have aborted. What we want is not imprisonment, but liberation from abortion’s penitentiary.

Mr. Trump, what we need is the cure. We have the disease already.

Tweet This: What we need is the cure. We have the disease already. #abortion @March_For_Life @SBAList