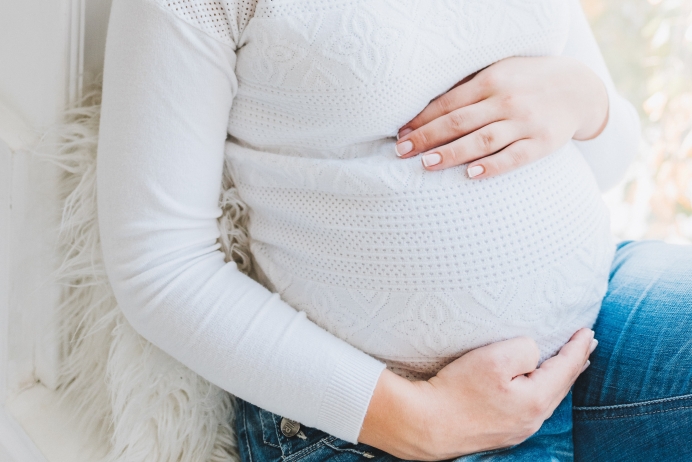 Karla Raab views the work she and her fellow pregnancy center staff do to help women facing an unplanned pregnancy as critical.

Raab takes her personal experience and applies it when serving these women at life-changing crossroads in their decision-making.

“God worked on my heart when I attended a banquet where (post-abortion advocate) Sydna Massey spoke,” Raab said. “It took me awhile to forgive myself.”

“I feel that was a divine meeting, attending that banquet, a meeting only God orchestrates,” she said. “He can use everything for His glory.”

Raab came on staff at PCC in January 2019, and she remembers one of the first abortion-minded clients she met.

Fourteen-year-old “Cathy” came into the center with her mother, who had made the initial contact for an appointment. She was neutral about abortion, Raab said, and when the girl’s pregnancy test showed positive there was no reaction from the young client. The mother gave permission for Raab to meet one-on-one with her daughter.

“I learned she wanted to further her education and she perceived the baby to be a big stumbling block to obtaining her goal,” she said. “Yet, when asked, Cathy was able to identify several successful teen moms including her own! She saw no way out but abortion, yet she admitted to knowing little about abortion or any of the possible complications.”

Cathy filled out the center’s decision guide, an assessment gauging where a client may be in the choice between abortion and life for their child.

Afterward, Raab, who knew Cathy from a ministry at her church, prayed with the girl.

“We prayed together and went over pregnancy options information,” she said. “She had a reaction when she learned what abortion really is.”

Cathy was scheduled for an ultrasound the following week.

“Both daughter and mom were very emotionless upon returning for the ultrasound,” Raab recalled.

“As I sat in the ultrasound room as a support, I was concerned Cathy was not connecting at all to the little life growing inside of her,” she said. “We met again alone after the scan for over an hour.”

Cathy was interested in what an abortion was really like, Raab said, so she shared the center’s book outlining each type of procedure. Raab also shared her personal testimony of her abortion as a teen.

“I reminded Cathy before leaving that we would always be here for her no matter what decision she made,” said Raab.

Through follow-up calls, Raab learned Cathy had made a doctor’s appointment and shown family and friends the ultrasound picture.

“She came around slowly and now has a beautiful baby and has learned to balance school and being a mom,” Raab said.

Pregnancy Care Center of Southeast Indiana is like many pro-life pregnancy centers in ministering to women who often see abortion as their first or only option.

Last year, more than 80 percent of the center’s clients were assessed as either abortion-vulnerable or abortion-minded/determined.

Similarly, a Colorado center, which operates two facilities, assessed 65 percent of its 2019 clientele as abortion vulnerable, minded, or determined, and Options Pregnancy Center in Helena, Montana has experienced an increase in the number of abortion-minded/determined women.

“I’m a teacher by trade – my work is just an extension of teaching,” she said.

Tweet This: "That’s the difference between pregnancy centers and Planned Parenthood – we are the safe place where they can make an informed decision.”

That decision is often spurred because of an ultrasound. The center received a new, upgraded machine earlier this year, Raab said.

“We offer so much, but the most important thing we do is the ultrasound and giving the client a picture,” she said.

The center closed March 20 due to COVID-19 and re-opened on June 22. However, Raab stayed in touch with the center’s clients during that time.

“We’ve continued to work remotely,” she said. “I would check in with the women to find out where they were at in their decision-making, to provide them encouragement and support, and to give them resources they needed.”

Raab said she was looking forward to meeting in-person with women again.

“I have a personal motive – I can help others through my story,” she said. “It’s always my hope to not let anyone feel the need to go into a Planned Parenthood – it’s so life-altering.”

“[A pregnancy center is] a safe place, a place of healing, a place for them to learn about the wonderful grace of God,” she said. “Women can process things in a safe way and have a chance of making a better decision, a more informed decision, that’s going to affect them for the rest of their lives. The choices we make today are always going to affect us, for positive or negative.”