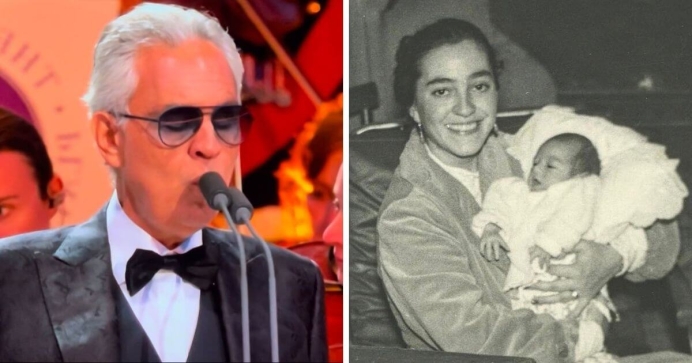 Pro-life tenor, Andrea Bocelli, sings at Queen’s Jubilee a week after his mother passed away

(Right to Life UK) The Italian tenor and pro-lifer, Andrea Bocelli, delivered a rendition of Nessun Dorma at the Queen’s Platinum Jubilee party at Buckingham palace, leaving fans and the royal family emotional, just days after a devastating family loss.

Just last week, Bocelli announced the death of his mother, Edi Bocelli, posting on Instagram: “It is with great sorrow that our staff announces the passing of Mrs. Edi Aringhieri Bocelli, Andrea’s mother. She will be dearly missed by her loved ones and all of us. She left her earthly home after a long, extraordinary life to join her beloved husband, Sandro, in Heaven. All our hearts are with Andrea and Veronica, Alberto and Cinzia, and the entire Bocelli family at this time”.

In 2010, Bocelli released several inspirational videos in which he described his mother’s brave defiance of her doctors’ advice to abort him, and praised her for making “the right choice”, and said other mothers should take encouragement from the story.

In one video, the singer tells the audience a story about a young pregnant wife hospitalized for what medics assume is appendicitis.

“The doctors had to apply some ice on her stomach and when the treatments ended the doctors suggested that she abort the child. They told her it was the best solution because the baby would be born with some disability”.

He went on, “But the young brave wife decided not to abort, and the child was born. That woman was my mother, and I was the child. Maybe I’m partisan, but I can say that it was the right choice”.

He said he hoped the story could encourage many mothers in “difficult situations” who want to save the life of their unborn child.

Bocelli said he wants his video “to help comfort those who are in difficult situations and who sometimes just need to feel that they are not alone. Life is hard, but we need to listen, we need to open our ears” to embrace them.

Tweet This: Andrea Bocelli said he hoped his story could encourage many mothers in difficult situations who want to save the life of their unborn child

Right To Life UK spokesperson, Catherine Robinson, said: “Andrea Bocelli made his pro-life views crystal clear a number of years ago and is as popular as ever. He used his platform to fearlessly speak out about his pro-life views, and celebrate the strength of character of his mother, who chose the life of her child over her doctors’ advice. Hopefully, other celebrities will follow his example and have the courage to speak the truth – that unborn children do not deserve to be aborted simply because they may have a disability”.