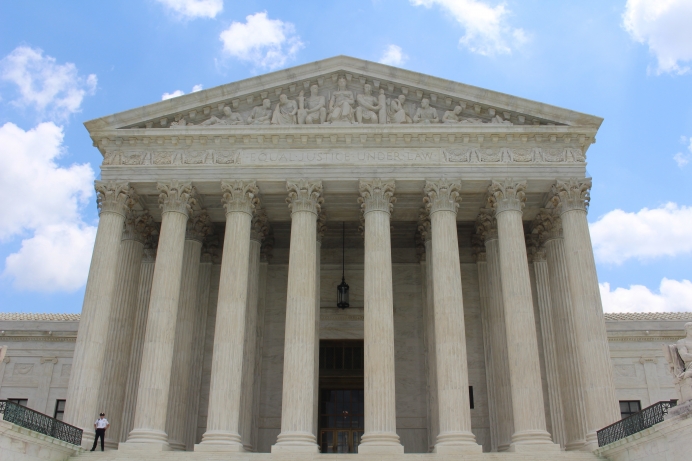 The law – The Unsafe Abortion Act – was signed in 2014 and states that “every physician who performs or induces an abortion” must have “active admitting privileges” at a hospital no further than 30 miles from the location of the facility at which the abortion was committed. Admitting privileges are vital because they allow emergency medical staff at the hospitals to have all of the information necessary to help the patient. When a woman suffers an abortion-related injury and must be taken by ambulance to a hospital (as is unfortunately, a too-common occurrence), doctors at the hospital must be able to give her immediate quality care. In August, a woman lost her ability to have children after a botched first-trimester abortion at a Louisiana abortion facility.

In February, the Supreme Court temporarily blocked the law from going into effect, signaling that it would likely hear the case. This is the first abortion case to be heard by the Supreme Court since President Trump’s appointing of Justice Neil M. Gorsuch and Justice Brett M. Kavanaugh. Abortion advocates say that if the law is allowed to stand it will leave Louisiana with just one abortionist. According to ABC News, there are currently three licensed abortion facilities in the state of Louisiana.

In 2016, the Supreme Court rejected a similar law out of Texas that required abortionists to have admitting privileges at local hospitals and to meet state requirements for licensed surgical centers. The majority ruling claimed that the law would cause an “undue burden” for women. However, the United States Court of Appeals for the Fifth Circuit in New Orleans upheld the Louisiana law because the three-judge panel said that the benefits of the law are greater than any burden it might place on women.

“Unlike Texas, Louisiana presents some evidence of a minimal benefit,” Judge Jerry E. Smith wrote for the majority. He continued, “the admitting-privileges requirement performs a real, and previously unaddressed, credentialing function that promotes the well-being of women seeking abortion.”

Oral arguments for the Louisiana case are expected to begin in early 2020 with a decision handed down in June.

Editor’s Note: This article was originally published at Live Action News and is reprinted here with permission.