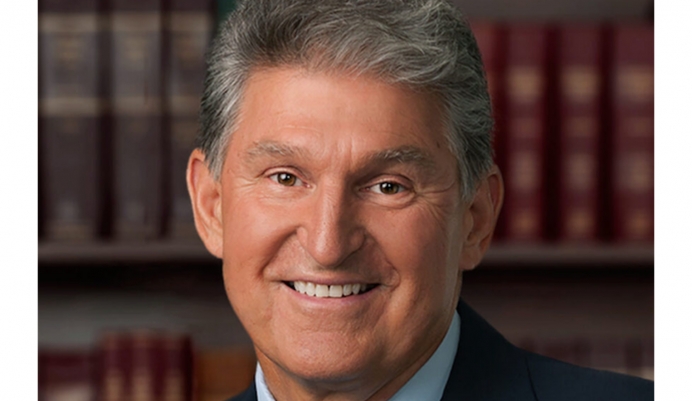 Thank you, U.S. Sen. Joe Manchin for standing against taxpayer funding of abortion

Heartbeat International is expressing gratitude to the sole Democrat lawmaker to stand against taxpayer funding for abortion in the U.S. federal budget.

U.S. Sen. Joe Manchin (D-WV) was the only Democrat and the deciding vote to save the Hyde amendment in the federal budget that was passed last Tuesday, Aug. 10.

Heartbeat, the largest network of pregnancy help organizations (PHOs) in the world, is inviting individuals to sign on to a letter to thank Manchin for standing up for the women and their babies.

The Hyde Amendment prohibits taxpayer funding of abortion through Medicaid and has been in the target of the pro-abortion movement, especially since the Biden administration came into power.

First enacted in 1976, the Hyde Amendment, which bans the use of federal funds for almost all abortions, has saved an estimated more than 2.4 million lives, according to statistics from the Charlotte Lozier Institute (CLI), and the Amendment regularly saves more than 60,000 lives in the U.S. A 2021 Marist/Knight of Columbus poll found that approximately 6 in 10 Americans oppose using tax dollars to pay for abortions.

Tweet This: The Hyde Amendment has saved an estimated more than 2.4 million lives, and the Amendment regularly saves more than 60,000 lives in the U.S..

Eliminating the Hyde Amendment would permit taxpayer funding for abortion on demand through Medicaid, Medicare disability, and other programs funded through the Labor and Health & Human Services appropriations bill.

As a rider, the Hyde Amendment is not a permanent law,” CLI states on its Hyde Saves Lives site. “It must be—and has been—approved by vote with bipartisan support in every federal funding bill since 1976. Amidst legal challenges in its early years, the Hyde Amendment was affirmed as constitutional in 1980 by the U.S. Supreme Court in Harris v. McRae.”

The Hyde Amendment and Hyde-family of amendments do two vital things, the CLI info says, reduces abortions and ensures tax dollars do not support or enable the abortion industry at home or abroad.

More than 60 pro-life organizations wrote to congressional leadership in late May just prior to the release of the Biden budget, pressing for protection of the Hyde Amendment and other longstanding pro-life riders during the appropriations process.

When government subsidizes a service or product, the use of that service increases, Heartbeat’s campaign says, and this is no different with abortion.

Despite significant pressure from colleagues and the pro-abortion lobby, Manchin voted Aug. 10 during the budget resolution process in support of the longstanding Hyde and Weldon Amendments, both of which have been bipartisan, popular policy banning taxpayer funding of abortion on demand.

“This courageous stand by Senator Manchin ensures that abortion providers, like Planned Parenthood, won’t profit further off underprivileged women who already feel that abortion is their only option,” it states. “Instead of coercing women into abortion through federal funding, we should work to ensure that every woman receives love and support during an unexpected pregnancy.”

Heartbeat then goes on to note that pregnancy help organizations provide compassionate support and real options to women in need.

“We thank Senator Manchin for standing with the 58% of Americans who oppose using taxpayer dollars to fund abortion,” Heartbeat International said in its statement.

For more information and to join in signing the letter to Se. Manchin, click HERE.