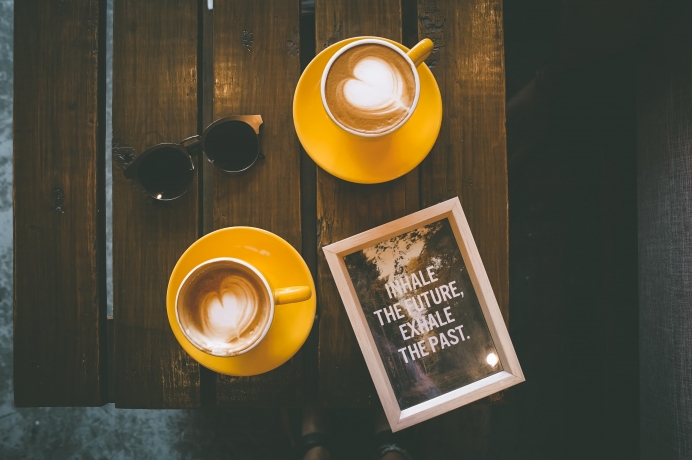 The past doesn’t define our future

With some extra free time during the Christmas holidays, one of my daughters took out our old family Bible, pouring through our history with a keen eye toward my mom’s side of the fam. With the help of a popular web site, she found old photos of me, my mother, grandmother and grandfather . . . and on it went.

In a short time, we found connections going back to the American Revolution. Hoping to find a Revolutionary War hero in the family, my daughter jumped in with both feet, looking for clues.

She didn’t find what she, or any of us, expected.

It seems one of our ancestors served for only a brief period in the Revolutionary War. There was good reason why his service was cut short, and it wasn’t because of a heroic death.

I won’t give his last name (I have to protect my family’s reputation, after all!), but Isaac’s story made it to Wikipedia. It appears Isaac was commissioned as a lieutenant, possibly based on his father’s exemplary exploits in the previous, French-Indian War—which helped soften the blow of Isaac’s story.

Isaac was placed second-in-command in defense of a fort in Canada, near Montreal. At some point, his commander—against orders—left the fort, leaving him as the man in charge. Unfortunately for Isaac, this is when the British showed up.

When genealogy gets messy

It’s unclear whether the British fired a shot. What we know, however, is that before anyone could say, “The British are coming,” my ancestor was waving the white flag, surrendering the fort. Within hours, Isaac and his troops were prisoners of war. Twelve days later, he and the others were released in a prisoner exchange, one which the American army failed to honor. But at least Isaac was back with his army. Briefly.

Isaac and his commander were promptly sent to Fort Ticonderoga for court martial. The commander got most of the blame, but both he and Isaac were cashiered from the army. At this point, we have a tale of two failures.

One of the failures of course, was Isaac’s commander, who left his post without permission, leaving a green lieutenant in charge. The other is my forefather.

There is good news regarding Isaac’s commander. He rejoined Washington’s army as nothing but a volunteer, fought with honor, and later regained his commission. By learning from his mistake, Isaac’s commander ended the war as a hero.

Sadly, Isaac never returned to the War. His moment of failure defined his entire military career.

On the bright side, my later ancestors (perhaps in an effort to make up for Isaac’s debacle) served with distinction in the Union Army during the Civil War, and my grandfather served in World War I as well. Whew.

Though it was so long ago, I’m sorry my forefather Isaac apparently lived in his past. But reading the rest of the story, I’m inspired by his commander, who learned from his mistake and went on to play a role in the colonies’ journey to independence.

Are we Isaac, or his commander?

In the pregnancy help community, we are sometimes guilty of being Isaacs. We look at those times when we fell short as an organization and let those mistakes color our future. Why is this?

If we were knocked down by a tragic client outcome in 2020 (or even many of them), it’s time to let it go. Those coming in today know nothing of the past, they need us in their present to be engaged and focused on loving them.

Tweet This: Let the past go. Those coming in today know nothing of the past, they need us in their present to be engaged and focused on loving them.

If we faced staffing challenges and even conflict in 2020, let’s resolve to make it right and become more committed to loving our neighbor—who may be serving in the office next to ours—in the New Year.

The past does not have to portend or define our future. Instead, what’s behind us can be learned from, leading to growth in 2021.

Isaac’s commander learned this lesson. My hope—though it is a little late to worry about such things—is that Isaac, too, learned this lesson later in life. And when I see what Isaac’s descendants accomplished, I’m thinking perhaps he did—and that he passed the wisdom gained to the next generation.

Yes, I humbly acknowledge that one of my forebears—by Wikipedia and others’ accounts—failed when called upon. But from this point forward, he will help me remember we will all fail and fall short. It’s what we do next that counts the most.