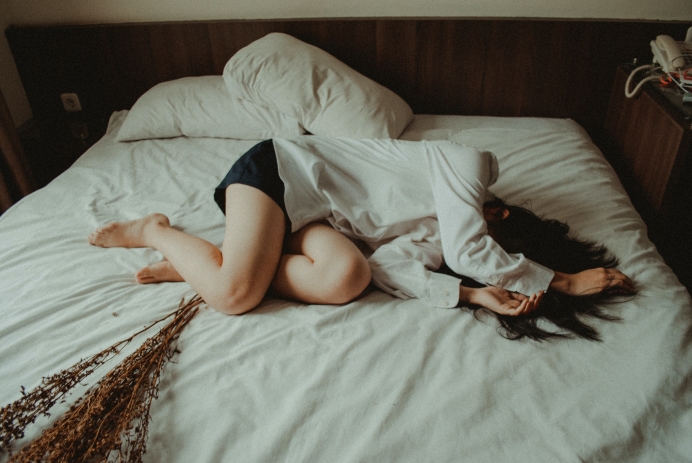 (Live Action) Health care is meant to save and preserve life. Abortion—the act of intentionally killing a living human being in the womb—goes directly against this, and therefore, is not health care. Since abortion’s legalization, the public has been led to believe that abortion is just another health care decision. They have been repeatedly told that abortion should be kept “safe” by ensuring that the decision is between a “woman and her doctor” and takes place in reputable facilities. Until, that is, more recent years in which the abortion industry has moved toward promoting do-it-yourself (DIY) at-home abortions with as little oversight of clients as possible.

In truth, the abortion industry has always been focused on the one thing: the profitable business of selling abortions.

Planned Parenthood understands that there is significant profit to be made from abortion. The abortion corporation rakes in over half a billion taxpayer dollars annually and reports massive amounts of excess revenue each year. Almost every year since 2000, Planned Parenthood’s revenue has exceeded its expenses by tens of millions of dollars. A Live Action News analysis found that in 2017, the corporation’s estimated abortion revenue reached over $190 million, which means that 52% of Planned Parenthood’s non-government health services revenue comes from abortion.

The abortion industry has lowered the standard of care for women by passing laws allowing non-physicians to commit abortions — including nurses, certified nurse-midwives, and physicians’ assistants. The move has nothing to do with safety for women and everything to do continuing to make a profit. The industry’s own studies reveal that fewer and fewer doctors wish to provide abortions.

The abortion industry is unwilling to prioritize the safety of women

Year after year, the abortion lobby invests time and money fighting reasonable abortion safety regulations. They do not support abortion facility licensing, basic health inspections, nor the right for women to receive the same level of care at an abortion facility as they would at an actual health care provider. They oppose abortion facilities being held to the same standard as other surgical centers and openly acknowledge that requiring abortionists to have hospital admitting privileges would bankrupt or close abortion facilities. As a result, the abortion industry has attracted multiple seedy characters like Kermit Gosnell and others, unwilling to prioritize the safety of women over profit.

Live Action News has documented the deaths of multiple women from so-called safe and legal abortion. While mainstream media rarely, if ever, reports on these cases, pro-life groups across the country regularly document the seemingly endless string of women being rushed to emergency rooms from abortion facilities, including Planned Parenthood centers. Despite these tragic cases, data on the number of abortion complications in the U.S. is sketchy at best, largely because there are no federal requirements requiring abortion complications to be reported. Even studies claiming that abortion is perfectly safe are often funded by abortion power players, raising concerns about the data they choose to publish.

The abortion industry is aggressively working to expand abortion through do-it-yourself or “self-managed” abortions. The move towards expansion has been supported by Guttmacher, Planned Parenthood, and others like the Tara Health Foundation. One of their goals involves the removal of important safety requirements on the abortion pill known as REMS, put in place by the Food and Drug Administration (FDA). The removal of REMS could allow for mail-order abortion pills, online purchases of the pills (even from dangerous overseas websites), as well as sales in pharmacies, schools, and—eventually—over the counter.

This means that women would be left to deal with complications such as hemorrhaging or undetected ectopic pregnancies alone, likely seeking help from hospital emergency departments. Abortion facilities are quickly becoming little more than pill dispensaries, shielding them from overhead costs and from having to deal with abortion complications.

Tweet This: The abortion industry pushes do-it-yourself abortions - and the removal of important safety requirements - putting women at risk

The abortion industry admits its goal is to “de-medicalize” abortion

Repeatedly referring to the killing of preborn babies as “health care” has long been an effective marketing tool for abortion. Unfortunately, many women realize too late that what they purchased was the furthest thing from actual health care.

Abortion advocates are currently seeking to eliminate an abortion-seeking woman’s interaction with medical personnel altogether through a “no-test abortion pill protocol,” which flouts the FDA’s safety protocols for the abortion pill and essentially does what the tweet above says: it de-medicalizes abortion. This protocol will reduce what currently passes for ‘abortion care’ to nothing more than a drive-thru abortion pill service.

A “no-test” or de-medicalized abortion enables abortion facilities to maximize profits by dispensing the abortion pill without conducting testing like labs or ultrasounds to determine gestational age and rule out life-threatening ectopic pregnancies. This places women’s lives at greater risk. This protocol also leaves the responsibility of disposing of the remains of an aborted child with the woman having the abortion.

Live Action News previously documented that this expansion, which has been in the works for a long time, is designed to maximize profit by minimizing expenses or overhead.

The doctor/patient relationship in an abortion has always been a misleading idea. Now, with the advent of DIY abortions, health professionals and facilities will be replaced by pharmacists, postal carriers, and questionable online websites. When the dust settles, the “abortion is health care” façade will fade as the public realizes abortion was never about medicine.