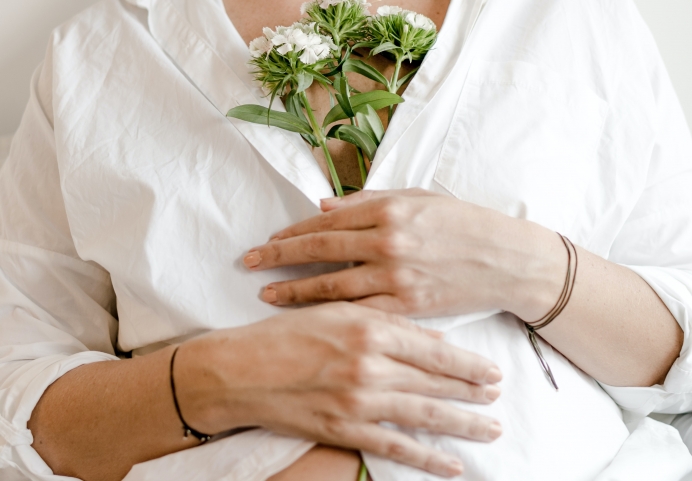 To protect women, trust the science on abortion

(The Daily Signal) Trust the science.

These three words, when heeded, have the potential to save thousands of lives. As a rule, our leaders should defer to peer-reviewed medical research in all matters related to public policy. But in one critical area, they have failed us time and time again: women’s health.

As the Supreme Court prepares to weigh in on the legality of setting gestational limits on abortion in Dobbs v. Jackson Women’s Health Organization, the need to trust the science has never been greater.

As a board-certified OB-GYN, I have helped thousands of mothers through the difficult stages of pregnancy. I have shed tears with these women in their most heartbreaking moments, usually after experiencing a miscarriage or a stillborn birth. But I have also rejoiced with them in witnessing the miracle of life.

In every case, these women—my patients—entrusted me not only with their lives but with the lives of their children. I take seriously the Hippocratic Oath’s principal demand—primum non nocere—which means “first, do no harm.”

Our laws surrounding abortion should do the same. Sadly, they don’t.

As we have seen with the COVID-19 pandemic, politics and partisanship can drown out science and reason. But too often overlooked is the way politics has also drowned out sensible policymaking on abortion.

Over the past two decades, on-demand abortion has been sold to millions of American women under the banner of women’s health. But this mixing of politics and science has done far more harm than good. Those of us in the medical community know that abortion and women’s health are not synonymous, and in some cases, can even be opposed.

Often lost in the heated rhetoric on this issue is an inconvenient truth: In certain circumstances, abortion—even when performed under the least dangerous conditions—can cause lasting damage to a woman’s health and the health of her future children.

To put these numbers in perspective, researchers estimate that more than 100,000 American children have died since 1973 from pre-term births linked to prior abortions. And the crisis has influenced minority communities disproportionately hard. Nearly half of these deaths were black children, even though blacks comprise only 14% of the population.

Tragically, I have worked with multiple women over the course of my career who were unable to carry their babies to term due to complications arising from previous abortions. In almost every case, my patients told me they were unaware of the risks they were assuming when they chose to have an abortion so many years before.

Why? Because abortion providers had simply failed to inform them.

Pre-term birth is just one complication among many. Women who have abortions are also at increased risk of lasting cervical trauma, postpartum hemorrhage, and placental problems. And the health risks only increase in the second trimester of pregnancy.

This is where our laws fail us.

Reasonable people can disagree on the issue of abortion, but it’s hard to disagree with the medical research that clearly shows second-trimester abortions pose considerable risks to a woman’s health.

This isn’t a political statement (although many might treat it that way). It’s simply a statement of fact—a fact that has been broadly accepted in Europe, where abortion carries far less political baggage.

The truth is, in protecting women’s health, U.S. policies are woefully behind those of our European neighbors. In many progressive countries throughout Europe, laws require that elective abortions be performed at 14 weeks or earlier. Nations that have embraced gestational limits on abortion include France, Italy, Germany, Spain, Norway, Switzerland, and Belgium, according to the Center for Reproductive Rights.

These countries have based their abortion laws not on politics but on peer-reviewed medical research aimed at protecting women’s health. Their intent is to use empirically accurate information to promote the highest standards of medical care for women.

The United States, meanwhile, is an anomaly among developed nations in the reckless permissiveness of its abortion laws. In fact, it’s one of only seven countries in the world to allow abortion after 20 weeks, alongside countries like China and North Korea (where women’s health is hardly a priority). Our abortion policies are woefully behind Europe’s. They are out of sync with various precedents set in international law.

With this broader context in mind, take a closer look at the controversy surrounding Dobbs v. Jackson Women’s Health Organization—an upcoming Supreme Court case that will rule whether to uphold a Mississippi law prohibiting abortion after 15 weeks.

Opponents of the Mississippi law have done their best to paint it as extreme, backward, and anti-women. In reality, the exact opposite is true.

Tweet This: Opponents of the MS law have done their best to paint it as extreme, backward, and anti-women. In reality, the exact opposite is true.

The Mississippi law is actually more in line with the medical standards of European nations than any state in the country. It reflects the consensus of medical experts on the risks of second-trimester abortion.

If upheld, it would protect—not hurt—women’s health, significantly decreasing the prevalence of pre-term births, cervical trauma, and other severe medical complications associated with surgical abortions.

Why aren’t we being more upfront with women about the serious risks associated with this procedure—both to their own health and the health of their future children? And why aren’t we advancing laws with gestational limits to protect women’s health, as our European counterparts have done?

Tweet This: Why aren’t we encouraging the public to trust the science on abortion? Why aren’t we more upfront w/women re: serious risks associated w/it?

Editor's note: Dr. Donna Harrison is a board-certified obstetrician-gynecologist and the CEO of the American Association of Pro-Life Obstetricians and Gynecologists. This article was originally published at The Daily Signal, The Heritage Foundation's news platform.