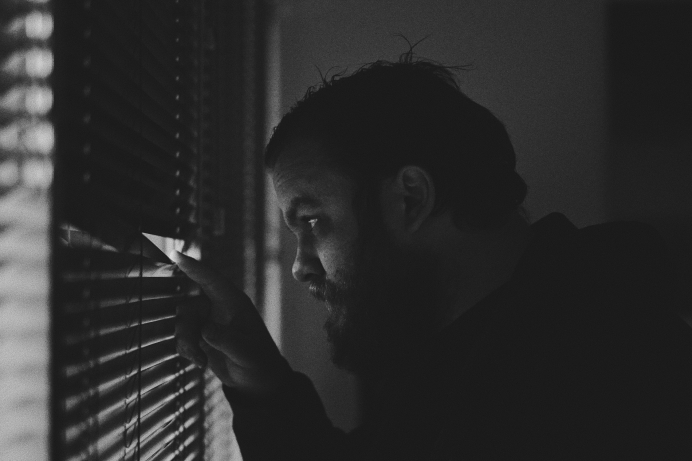 “TruthOut” Has Me Watching Out for Heartbeat

To be honest, I’d never heard of TruthOut.Org until last week, when it found Heartbeat International to be an undercover political force . . . in Europe! It’s on the internet, so it must be true.

Wait, what? Heartbeat International, as in the ministry I work for? What are we up to, anyway?

According to the TruthOut article, American Dark Money is Fueling the Rise of Europe’s Far Right, Heartbeat is one of twelve nefarious organizations providing what TruthOut calls, “Dark Money” to influence European elections and bring radical “far-right” fringe groups into power.

And I had no idea. I’ve known Heartbeat since the 1990s when I was a pregnancy help center director. I’ve been associated with Heartbeat since 2009 and worked for this group since 2014. And not once was I invited to the “Fuel Europe’s Far Right” meetings.

I’ll bet they serve lunch, too. Probably Chick-fil-A. They never let me in on the good stuff.

But the allegations must be true since TruthOut says so. Heck, “Truth” is in its name.

In the “About” portion of its site, TruthOut tells me it is committed to, among other things, “Providing a platform for transformative ideas, through in-depth investigative reporting and critical analysis.” Just an unbiased news source trying to help me out.

So, my only option was to read TruthOut’s investigative piece where Heartbeat is targeted. The short version? A “global alliance of ultra-conservatives and far-right political actors” has emerged. And Heartbeat is in the middle of it. Oh my.

The political vision of these “far-right” organizations, according to TruthOut, is “explicit about seeking to shift power away from women and LGBTQI people.”

And, we “promote the ‘life’ of the unborn (while disregarding the risk of unsafe abortions and pregnancies to women’s lives) . . . .” Uh oh. Not only this, we promote “religious institutions, primarily Christian ones, above all other claims of rights or liberties.”

Apparently, we’ve got a lot going on.

And how are we accomplishing all this? TruthOut cites an article by openDemocracy, which claims, “America’s Christian right spent at least $50 million of ‘Dark Money’ to fund campaigns and advocacy in Europe over the past decade.” [empasis added]

The title of openDemocracy’s article? Revealed: Trump-Linked US Christian ‘fundamentalists’ pour millions of ‘dark money’ into Europe, boosting the far-right. Doesn’t sound biased to me.

Dark Money, according to Google’s dictionary, is “funds raised for the purpose of influencing elections by nonprofit organizations that are not required to disclose the identities of their donors.”

Gotcha. So, Heartbeat is in the middle of a Dark Money cabal, pouring cash into European elections. Serious stuff. And $50 million smackeroos is a lot of cash, even for me.

Heartbeat’s contributions to the $50 million pie is—from the article—$136,000 to assist pregnancy help organizations in Europe, such as in Italy where we partner with its Movimento per la Vita and its 398 affiliates.

Because Heartbeat is on TruthOut’s radar, it is important to detail the allegations. Here we go, from the article:

“One of the groups we looked at, for instance, was Heartbeat International, founded in the early 1970s. Based in Columbus, Ohio, it’s seen as a pioneer of the controversial model of ‘crisis pregnancy centers,’ which discourage women from accessing legal abortion and contraception. The organization now has a network of ‘affiliated pregnancy help centers’ worldwide and appears to have spent more money in Italy than anywhere else in Europe.”

With the above paragraph as an opening salvo, it’s time to drop the hammer on Heartbeat, right? About how Heartbeat’s dark money funded a European political campaign, launching a new party to power with the theme, “An ultrasound machine in every home!”

But authors Mary Fitzgerald and Claire Provost say nothing more and move to another subject. No political intrigue. No hush money. No bribes. And, where was the connection to “Dark Money?”

But because Heartbeat is at least named in both the TruthOut and openDemocracy articles, let’s peek at the wild-eyed, right-wing organizations with which Heartbeat is allegedly colluding. Here are a few: The Billy Graham Evangelistic Association, Focus on the Family, and (here it comes!) the Home School Legal Defense Association.

Tweet This: Let’s peek at the wild-eyed, right-wing organizations with which Heartbeat is allegedly colluding: @FocusFamily & @BillyGraham

Oh my. So, when the Billy Graham Evangelistic Association (which spent more than $20 million in Europe between 2008 and 2014) sends in a disaster response team or dares to (egad!) evangelize, this is nothing but impending doom for Europe’s political system.

Or, when Focus on the Family comes roaring in with a broadcast on raising confident children, Europe is suddenly on the verge of a right-wing takeover.

As for the homeschoolers? Look out. As a parent of two homeschooled children, I know the dangers. You let homeschoolers run amuck and they will snap up extra time during the school day to prepare for things like The National Spelling Bee. Once that happens, all heck breaks loose.

After reading both articles, however, it creates quite a quandary.

Because neither piece links any of these organizations—including Heartbeat--to one dollar going toward any election in Europe, I can draw one of two conclusions.

One conclusion? I suppose it’s possible that both articles were written by agenda-driven activists. If this were true (surely not!), they’ve taken open-sourced information, then twisted this information into a pretzel to create conspiratorial connections and conclusions so far off-base, it’s laughable.

The other possibility? Heartbeat International, along with The Billy Graham Evangelistic Association and others, is in the middle of a conspiracy to influence European elections. We just need to keep digging for info.

I for one, can’t believe these top-notch reporters at TruthOut and openDemocracy could be deliberately spinning a web of journalistic deceit. Can’t be.

So, here’s some under-the-radar info: Next week, I’ll be at Heartbeat’s Pregnancy Help Institute in Columbus, OH. While there, I’ll search for evidence, keeping an eye out for Franklin Graham and a pack of homeschoolers. If I find the meeting of the Far-Right Dark Money, I’ll tell you everything.

Well, unless they offer me Chick-fil-A. I guess my journalistic integrity has a price, after all.