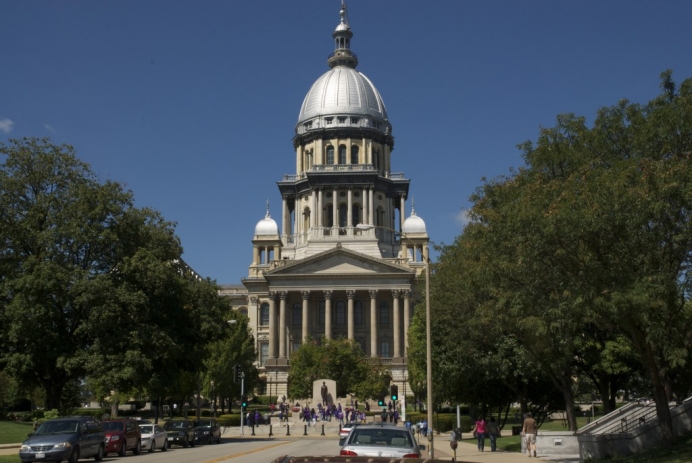 Passing a state Senate vote by a 34-19 margin, an amendment that could restrict the right of conscience for pro-life medical providers in all settings, including pregnancy help medical clinics, was moved Thursday to the Illinois General Assembly House.

The amendment would change a long-standing state law known as the Health Care Right of Conscience Act, overriding both individual and organizational conscientious objections by mandating what pro-life groups argue amounts to referrals for abortions.

“(This change) would require every health care provider in the state to inform patients who they serve of their ‘legal treatment options’ and the ‘benefits’ of those options,” Dan McConchie, Vice President of Government Affairs for Americans United for Life (AUL) said. “A provider will have to refer, transfer or provide a written list of locations where the provider ‘reasonably believes’ the patient can obtain the service.

“In other words, every health care provider in the state will have to materially participate in abortion and the distribution of abortion-inducing drugs when asked by the patient.”

Tweet This: Illinois to cause #prolife health care providers to participate in abortion @AllianceDefends @IFRL @AUL

While AUL leads the effort to oppose the bill’s passage in the Illinois State General Assembly, Alliance Defending Freedom (ADF) drafted a letter opposing the bill filed to the Illinois Senate Judiciary Committee when the committee was reviewing the legislation Tuesday, April 21.

The letter pointed to the unconstitutional nature of the proposed rule change, as well as its violation of the “Coats-Snowe” amendment, which protects “any health care entity” from discrimination based on its refusal to provide or “make arrangements” for abortions.

“Pregnancy help organizations are there to serve the woman facing an unplanned, unintended pregnancy at no cost to the State of Illinois, but only out of the generosity of its concerned, compassionate citizens,” Heartbeat International Vice President Jor-El Godsey said. “What justification does the State of Illinois have for compelling those engaged in such an altruistic effort to fill the coffers of the billion-dollar abortion industry?”

Tweet This: Pregnancy centers are there to serve the woman facing an unplanned, unintended pregnancy @HeartbeatIntl

Changes to the Health Care Right of Conscience Act—once regarded as a gold standard for laws aimed at protecting conscience—would force health care providers to advise patients on the “benefits of treatment options,” which include abortion.

Currently, pregnancy help organizations affiliated with affiliation groups as Heartbeat International, Care Net, and National Institute of Family and Life Advocates (NIFLA) agree to the “Commitment of Care and Competence,” an ethical code of practice.

The Commitment of Care and Competence includes statements affirm a shared goal to advise and inform clients “about abortion procedures and risks” as well as “pregnancy, fetal development, lifestyle issues, and related concerns.”

“We do talk about options,” Lisa Van Dyke, who serves as Director of Client Services at Woman’s Choice Services in Lombard, Ill.—a co-signatory on the ADF letter—said. “We discuss them from the standpoint of, ‘What are your concerns?’ ‘What are your fears with this pregnancy?’ Our options counseling really strikes to the heart of, ‘What are the individual’s strengths?’ ‘What are her support systems?’ And if she doesn’t have a support system, we have things we can offer her so that she can see that she has more of a choice.

“The vast majority of those we see who are considering abortion don’t know that they have any choices. They feel like abortion is the only choice,” Van Dyke said.

Van Dyke, who said she first heard of the proposed legislation while at a gathering of life-affirming pregnancy help leaders, said she was energized and encouraged by the response of the pro-life community, even though the bill’s movement through the state Senate was sped along by an unexpected approval by the Illinois Catholic Conference late last week.

"Sometimes you wonder if things are put before us to test our resolve," Van Dyke said. "Let's show our resolve and be united in love and truth."

An informational website has been established (here) in conjunction with Illinois Right to Life, while AUL has urged its national network to contact state representatives (here) and oppose the bill.

A date has not been announced for the amendment to be heard in the Illinois General Assembly House, where Democrats out-number Republicans by a 71-47 margin.