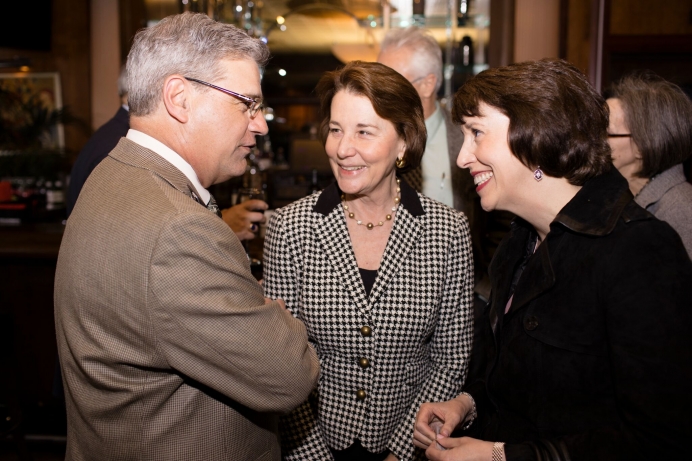 "We are called to defend what is most dear to us," Long-Time Pro-Life Leader Says

Speaking from her 42 years—and counting—as a pro-life leader, Heartbeat International board chairman Peggy Hartshorn, Ph.D., gave a brief overview of the pregnancy help movement’s history in an interview published Tuesday by the Charlotte Lozier Institute.

Recalling how she and her husband, Mike, were “astounded” to discover a burgeoning community of locally funded pregnancy centers, maternity homes and nonprofit adoption agencies in the late 1970s, Hartshorn pointed out that the earliest pregnancy centers grew out of physicians’ offices as early as the late 1960s.

“Their nurses consulted with the women and referred them to community resources,” Hartshorn said. “The work was considered ‘crisis intervention’ with the assumption that once the woman was peaceful about her pregnancy and abortion was ruled out, she could return to her support system and ‘normal’ life. The original model was pregnancy testing, crisis intervention ‘counseling’ and referrals for support.”

Hartshorn and her husband were living in Columbus, Ohio, when the U.S. Supreme Court handed down its infamous Roe v. Wade decision in 1973. Though she had become familiar with state-level attempts to legalize abortion during her time as an undergraduate in Northern California, Hartshorn was stunned when she heard Roe announced over the radio.

In the months following the Roe decision, the Hartshorns threw themselves into pro-life work, joining a local Right to Life chapter and traveling the area in their free time to educate church groups about abortion and the biblical view of the sanctity of life.

Starting in 1975, the Hartshorns responded to a need in their community by welcoming into their home a young woman who had been kicked out by her family because she was pregnant.

In time, they would find Heartbeat International—then known as “Alternatives to Abortion International—where they captured the vision to start a pregnancy center in Columbus, which began serving clients in 1981.

That pregnancy center, Pregnancy Decision Health Centers, is now a six-location organization that offers free services that include ultrasounds, spread throughout Central Ohio.

Hartshorn became the first full-time president of Heartbeat International in 1993, serving in that capacity until the beginning of 2016, when she took on her current role as board chairman.

Under Hartshorn’s leadership, Heartbeat International grew from 100 locations to over 2,000 sites spread throughout 48 nations. Hartshorn also oversaw the launch and implementation of the first and only fully-staffed 24-7, 365-day-per-year pregnancy helpline, Option Line, which has answered over 2.6 million calls since 2003—including 28,000 this March.

“I believe we are called to defend what is most dear to us and, if possible, to pass it on to future generations,” Hartshorn said. “I believe this work is part of God’s Plan to bring his church together and bring his truth, in love, to a hurting world, and, as this is accomplished, it is a joy to witness lives saved, changed, and restored.”