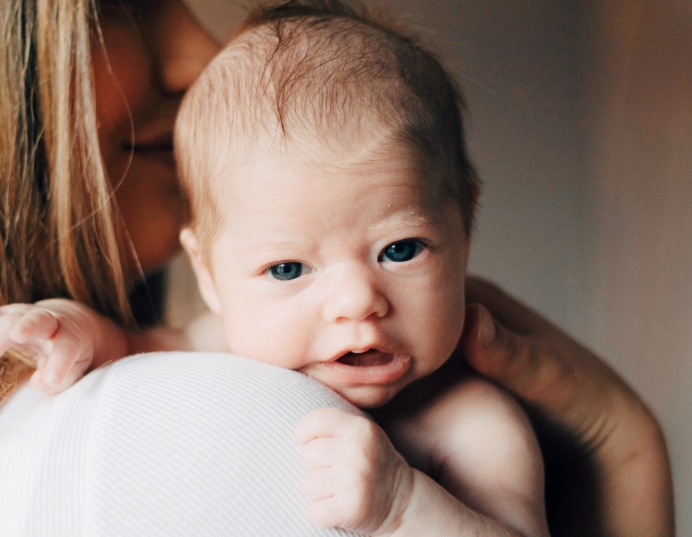 What do God’s feelings have to do with the sanctity of human life?

Johnny and Jimmy are two brothers who have a loving dad. Johnny is a conscientious boy, careful to follow the family rules and quick to feel shame and regret if he breaks one.

As a result, Johnny tends to live in fear of punishment. He’s also quick to point the finger at other rule-breakers.

Johnny knows his father loves him, but somehow, that knowledge hasn’t quite made the twelve-inch drop from his head to his heart.

Jimmy cares about the family rules, too, but he approaches life differently than Johnny. Rather than fearing his dad’s punishment, Jimmy adores his dad and wants to please him more than anything.

Jimmy accepts consequences for bad choices, but he knows his dad will forgive him when he does something wrong. He doesn’t have to compare his behavior to others to feel better about himself, because he understands that his worth is not based on performance.

Jimmy’s motive for obedience is love, not fear.

The father of these two boys loves them both uniquely—but which one do you suppose brings the most joy to his heart?

Let’s see how this applies to pro-life work.

If we’re like Johnny, we might approach pro-life ministry from a rules-based perspective. Abortion is wrong; therefore, we must work to end it. We must uphold God’s law.

This viewpoint is true and correct, but it is missing a vital element.

If we’re like Jimmy, we also desire to uphold God’s law and work to end abortion—but not merely because it is wrong.

We work to end abortion because abortion deeply grieves the heart of our heavenly Father, and we love Him.

See the difference in the analogy?

Why is this important when it comes to our mission? Because it is vital that we are in touch with our “why” –our reason for doing this great and challenging work.

When our passions align with the passions of God, we tap into the fuel which sustains us. We are motivated in the deepest way possible.

Unfortunately, we sometimes have a notion about God that He doesn’t really have feelings. Or we may be aware of His anger about sin, but not so much His love toward humankind.

Or we may know about His love, but have a hard time feeling it.

But God’s love is the most real thing in the universe.

Additionally, we are made in God’s image, and that’s why we have emotions.

The difference in God’s emotions and ours is that His emotions are pure and free from guile, while ours can be quite a mixture.

So how does God feel about this cause we call the Sanctity of Human Life? Not just what does He think about it—how does He feel?

A few years ago, I was asked to speak at our local March for Life. Two months before the March, our son Samuel and his wife Jameson had just welcomed their first baby, Helaina Joy, into the world.

As I pondered what to say at the March, the Lord asked me to imagine how Sam would feel if someone kidnapped his two-month-old daughter and violently ended her life.

God asked me to imagine that!

It was a horrible thought, and I shoved it quickly out of my mind—but not before I got the message.

If something so evil had happened to Lainey, Sam would have been shattered. His father-heart would have burned with rage. He would have suffered unspeakable anguish.

In that split-second moment of empathy for my son in that awful scenario, the Lord whispered to me,

“That’s how I feel every time one of my image-bearers is destroyed in the womb. I am their Father!”

Listen to these words from the prophet Ezekiel:

And these words from the prophet Jeremiah:

“’They have built the high places of Topheth in the Valley of Ben Hinnom to burn their sons and daughters in the fire—something I did not command, nor did it enter my mind.’”  –Jeremiah 7:31

Whose children are sacrificed when parents slaughter their sons and daughters?

What is so unthinkable to God that He never even allowed it to occur to Himself?

The sacrifice of His little ones.

Every time an image-bearer of God is destroyed in the womb, their Father is enraged and grief-stricken.

Tweet This: Abortion is today’s child sacrifice. Every time an image-bearer of God is destroyed in the womb, their Father is enraged & grief-stricken.

(Does God forgive abortion? Absolutely—but we must consider the price He paid to make such forgiveness possible.)

Once we can truly appreciate what God feels every time an abortion takes place, we are in a better position to share His passion for the preborn, and to allow that passion to drive us.

Regardless of parental circumstances, God creates, loves and values every image-bearer. He grieves over their deaths and rejoices over their rescue.

Will we invest ourselves emotionally in the cause of life for His sake?

I’d rather be Johnny than do nothing for the life-affirming mission—but I’d much rather be Jimmy when it comes to my motive.