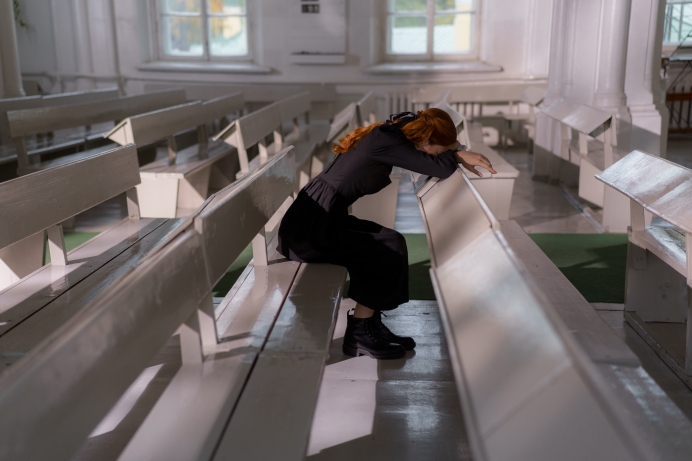 The young woman stares at the positive pregnancy test, not wanting to believe what she sees. This can’t be happening. My parents will kill me. What about college?

Our culture has a ready solution for this girl—or so it would seem.

Abortion promises a woman that things can go back to how they were. It promises her freedom to go on with life.

It posits itself as a choice, not much different than choosing between two career options.

For decades now, abortion advocates have defined abortion as being part of women’s rights.

Interestingly, early feminists like Susan B. Anthony believed just the opposite. They saw abortion as a way for men to avoid the consequences of their sexual irresponsibility, leaving the burden on women to cope with abortion’s physical and emotional aftermath.

Either way, abortion has been framed as part of a power struggle between men and women.

Is that what abortion is all about? Does it have to do with equal rights between the sexes?

I do agree that women have been oppressed and marginalized in most cultures worldwide for most of history.

Let that staggering thought sink in.

Most women, in most places, for most of history.

We should do what we can to right that wrong, whether it means ending horrific traditions like female “circumcision” in Uganda, or helping girls in Pakistan get an education, or believing and supporting victims of sexual abuse and domestic violence right here in the U.S.

There is plenty of work still to be done on the planet to ensure that women, who, like men, are created in the image of God, are just as valued and respected as men.

However, I disagree that abortion is basically a power struggle between women and men.

It’s much deeper than that.

Warning – the following passage may trigger some sensitive individuals:

Speaking of Israel and the pagan nations around them, the Psalmist writes,

Here we get to the core of the issue.

Abortion is not so much about a power struggle between the sexes; rather, it is about humans and whether or not they will trust and obey God.

Abortion is a symptom of a worship disorder.

Tweet This: Abortion is not so much about a power struggle between the sexes; rather, it is about humans & whether or not they will trust & obey God.

Every abortion means that something —a relationship, a career, an education - is more important than God to a woman or a couple.

Shame and fear drive the decision, rather than trust and confidence.

Another preborn girl or boy dies, sacrificed on the altar of “choice”—and an idol is honored above the one true God.

Note something here: the passage describes God’s people as a whole, not just women. Both men and women are guilty of this type of idol worship.

In fact, many women feel their only option is abortion because of pressure from a boyfriend or father.

For women in such a position, abortion doesn’t feel like a choice—or a right—at all.

He knows what drives a woman to this desperate decision.

Abortion is morally and ethically wrong, and offensive and painful to God Himself—yet His mercy is astonishing.

He does not wink at our sin, but what He does do is much bigger and better.

He forgives those who ask.

I’ve witnessed the living testimonies of numerous women who have experienced healing after an abortion.

Watching their depression, anger, and hopelessness melt away and be replaced by joy is a miracle, every single time.

I can’t say I’ve witnessed the same kind of transformation in women who insist that their abortion was a good decision which led to a better life.

That’s because idols, no matter what they promise to do, ultimately fail us.

All of this is background information to help those in the pregnancy help community comprehend what is behind the challenge we face.

Most of our clients are not ready to face the difficult truth about what abortion really is—but we, as their support people, need to thoroughly understand it.

We need to know we are not involved in a war between the sexes.

Rather, we are holding out the love of God to women and men who need Him—including those who currently advocate for abortion.

Keep loving those who oppose you, keep holding out hope to those you serve, and keep worshipping the one true God.