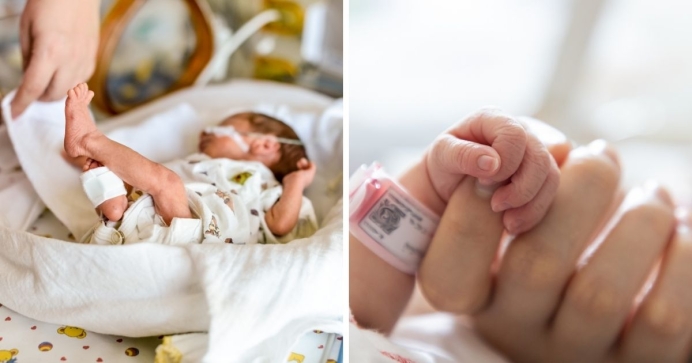 (Right to Life UK) A man in Atlanta, Georgia, USA, spent his 15-year retirement cuddling premature babies and being a shoulder to lean on for struggling parents at his local hospital.

When David Deutchman retired from his career in sales in 2005, he found an unusual way to fill his time. He spent the next 15 years of his life cuddling premature babies and comforting their parents and became known as the “The Baby Whisperer” and “ICU Grandpa”.

He started to volunteer in a hospital upon his retirement and, after an encounter with two patients’ mothers, he knew he wanted to work with the hospital’s smallest patients.

He then heard of the “baby buddy” program at Scottish Rite Hospital, which invites volunteers to visit the PICU (Paediatric Intensive Care Unit) and NICU (Neonatal Intensive Care Unit) wards and comfort small babies who were either born premature or have other special medical needs.

“When I first came to work for the hospital, they gave me a little baby to hold”, David Deutchman said. “And the child life person walked by and said, ‘Hey, you hold babies? I’ve got a job for you.’ And I just loved it”.

He spent every Tuesday in the PICU and Thursday in the NICU holding tiny babies in his arms and comforting them when their parents could not.

“Before you know it, I was holding little babies”,  David said. “And [the years] have just flown by”.

He was particularly good at calming distressed babies. Clinical nurse expert Angie Hawthorne said: “When he takes a baby into his arms, you can see the baby relax, because David’s so relaxed”, she said.

“Holding a mom’s hand is just as important as holding a baby”.

David wasn’t just there for the babies though.

David said, “I talk with mothers and sometimes I hold their hand, because holding a mom’s hand is just as important as holding a baby”.

He continued, “there’s a lot of stress for these parents. Having somebody tell them they can go get breakfast and assure them I’ll be there with their baby, it means something to them. It’s important”.

By 2017, Deutchman had comforted an incredible 1,200 babies as well as their grateful parents.

“We’re grateful for every minute of every day we got with this great husband, father and grandfather”, his daughter, Susan Lilly, told CNN.

Tweet This: After David Deutchman retired he volunteered at an Atlanta-area hospital holding at least 1,200 premature babies & comforting their mothers

Right To Life UK spokesperson, Catherine Robinson, said: “David’s simple but important service would have meant so much to these babies and their families and he showed how it was possible to be pro-life in unusual ways. Hopefully, David’s selflessness will inspire others to support premature babies and their mothers through these difficult circumstances”.