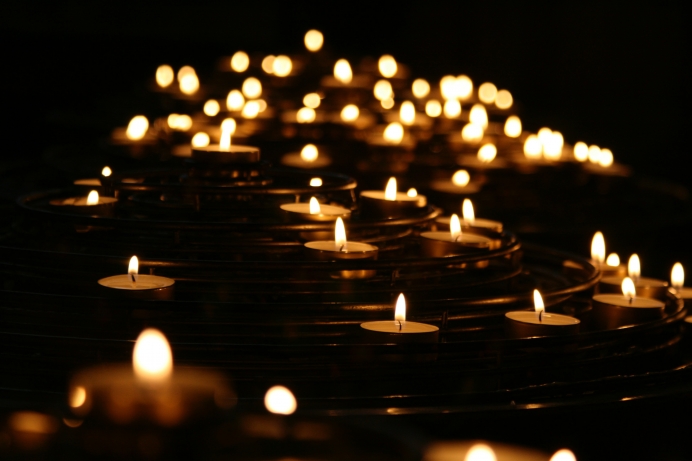 Abortion clinics are shrouded in death. They cause death, are funded by death, and promote death. But when an abortion provider leaves a building behind, it can be reborn when a pro-life organization moves in.

Sometimes pregnancy centers breathe new life into these buildings. Other important pro-life organizations can also give these structures a new soul.

Beth Vanderkooi, executive director of Greater Columbus Right to Life (GCTRL), toured the site of what once housed Founder’s abortion clinic for a potential relocation of GCTRL. Founder's Women's Health Center was the original abortion clinic in Ohio.

“We were looking at it because we were in need of new office space and it seemed like it would have been a good opportunity to redeem the space, so to speak,” she said.

What Vanderkooi saw haunted her. We invite you to take this tour with her — if only to hold a better grasp of a sickening reality.

“When we walked in, the first thing I saw was that the message “You’re Safe” had been chalked over the door,” Vanderkooi said. “Given what I saw inside, this could not have been less true.”

Once inside, Vanderkooi and her realtor paused and offered a prayer to all those murdered and wounded within those walls. They prayed for peace and healing for all who had worked and volunteered there. For all who had stood outside and offered prayers of their own. And they prayed to be guided by God’s will.

And once she opened her eyes and began to take in the site, she realized how filthy it all was.

“In several places, condensation had gathered around dirty heating vents, leaving muddy brown drips inches long on the walls,” Vanderkooi said. “The carpets were soiled beyond belief, especially those in rooms marked ‘employees only.’ The tile was so dirty that our realtor indicated it could not be salvaged.”

She recalled the first floor was most likely used for abortion procedures.

“There was also an emergency exit door and an entrance into the basement. In the basement, we found abandoned surgical gowns and carts,” she said. “There was a large modern cistern and a very large amount of cleaning supplies for a facility that did not appear to be dedicated to keeping things clean.”

As Vanderkooi stepped into one of the procedure rooms, she was horrified to discover what appeared to be blood splatter, caked-on dirt and other blood plainly on the floor.

In one of the recovery rooms, she approached a partially formed handprint of a rusty brown substance.

She guessed it may have been blood.

“At the doors of the procedure room, in the hallways, and in the recovery rooms there were ammonia inhalants taped to the walls every few feet,” Vanderkooi said. “At least one of them had what appeared to be droplets of blood on them.”

Eventually, they made their way to the “products of conception” room.

For the uninitiated, this may be hard to read. But it’s important to understand the grim truth: This is where fetal remains are taken after an abortion. Abortionists make sure they have removed all parts of the child from the woman — otherwise health complications, such as hemorrhages or sepsis, are possible.

“In most rooms, the fetal remains will be emptied from a container, possibly inspected, and prepared for disposal,” Vanderkooi said. “When Founder’s held a surgical license, a bio-waste company would come on Thursdays and cart out boxes of red bio-waste bags. Those were always sad and sobering days.”

She knew standing in this particular room would be trying. But she had no idea what awaited her.

“I was not prepared for it to smell so actively of death and decay,” Vanderkooi said. “This was especially surprising given that the room was not legally used for surgical abortions in at least a year.”

In the room, she saw a device called a “hopper” or “sluice.”

“A sluice is used in surgical settings to dispose of liquid medical waste such as blood and maybe urine,” she said. “In some clinics, the remains of very early terminated pregnancies are reported to be flushed down these systems.”

She noticed the shelves.

“I would imagine that these were used to hold onto blood, urine, and fetal remains until they were disposed of,” Vanderkooi said.

That was the end of her tour. It was not an easy one, and the experience remained with her.

“I went to Mass and then spent some time in a Holy Hour, grieving,” she shared.

“To be honest, my job is sort of a perpetual mourning for those lost to abortion and those hurt by it,” said Vanderkooi. “I think that it is important for anyone who is engaged in a pro-life mission to embrace the reality of that grief and work through it on a regular basis.”

Tweet This: It is important for anyone who is engaged in a pro-life mission to embrace the reality of the loss and hurt of abortion and work through it

The property has been delisted for sale, but it is unclear whether the building has been sold or if the delisting was due to some ongoing legal troubles with the building’s owner.

If the building returns to the market, Vanderkooi said she and the GCRTL board would consider it. Funding would have to fall into place, but the darkness of the space would not drive them away.

“It was always going to be a bit of a stretch plan because the facility is very large, and it would’ve taken a considerable amount of money to not only buy it but also renovate it,” Vanderkooi said of her organization taking over the abortion space.

“If we were to end up doing so, we would create office space for us and some other life-affirming organizations, as well as meeting space,” she said. “And we would convert the abortion rooms into a memorial and a chapel.”