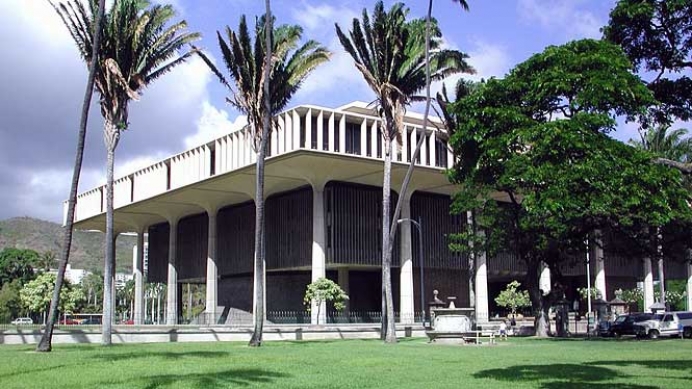 Sailing through the Democrat-controlled senate on a 22-3 tally, a Hawaiian bill that would force the state’s five pro-life pregnancy centers to advertise taxpayer-funded abortions was sent along to the house Tuesday in Honolulu.
Patterned along similar lines with a 2015 law in California that is likely headed to the U.S. Supreme Court as soon as this year, the Hawaiian senate bill (SB 501) was originally introduced with a parallel house bill, which was on hold as the senate bill went through.
Planned Parenthood Northwest and Hawaii—which is currently suing an Idaho pregnancy center over use of a shared parking lot—has been a vocal supporter of the legislation
“In its rush to appease Big Abortion, the Hawaii legislature is running roughshod over the First Amendment rights guaranteed to its own citizens,” Jor-El Godsey, president of Heartbeat International—an affiliation network that includes Hawaiian centers—said. “If the state can force its own people to violate their own deeply held religious convictions by advertising for abortions, then free speech and free religious exercise are effectively dead.”
Leaders at pro-life pregnancy help organizations on the islands—who receive no state funding whatsoever—had testified against the bill at an earlier senate hearing, but their written testimony was held back from the senate’s Ways and Means Committee ahead of its vote last week.
Pro-life advocates, including National Institute of Family and Life Advocates (NIFLA) vice president Anne O’Connor, said the breach of protocol ahead of the Ways and Means Committee vote indicated the state’s disregard for the First Amendment’s guarantee of citizens’ rights to “petition the government for a redress of grievances.”

Tweet This: "Hawaii is running roughshod over its #prolife citizens' rights." @HeartbeatIntl @jorelgodsey

Ironically, that breach underscores the law’s clear intent to trample on the First Amendment rights of free speech and free exercise of religion, O’Connor argued, calling the censorship—intentional or not—“mind-boggling in our democracy.”
The bill as it currently stands would threaten pregnancy centers with a $500 first-time penalty and a $1,000 penalty for future infractions, forcing them to post or disseminate the following notice to women seeking care at their facilities:
"This clinic does not provide abortion services or abortion referrals.  Only ultrasounds    performed by qualified healthcare professionals and read by licensed clinicians should be considered medically accurate.  Hawaii has public programs that provide immediate free or low-cost access to comprehensive family planning services including all FDA-approved methods of contraception, prenatal care, and abortion for eligible women.  To apply for medical insurance coverage that will cover the full range of family planning and prenatal care services, apply on-line at mybenefits.hawaii.gov.”
Adopted in the fall of 2015, California’s law similarly mandates that pro-life pregnancy help medical clinics post signage and/or online notices advertising state taxpayer-funded birth control and abortions.
Though it went into effect in January of 2016, only one municipality—the City of Los Angeles—has enforced the law. Under pressure from abortion lobby group NARAL Pro-Choice, the City of Los Angeles conducted undercover investigations of pregnancy centers starting in the summer of 2016, but could find no evidence of the organizations misleading clients or acting dishonestly in any way.
California’s law was upheld by the 9th Circuit Court of Appeals—the most reversed appeals court in the U.S.—in the fall of 2016, prompting NIFLA and others to file an appeal to the Supreme Court.
In addition to the law in California and the bill in Hawaii, the state of Illinois gutted its Healthcare Right of Conscience Act in 2016 to allow pro-life medicos of all stripes—including those at pregnancy centers—to be liable to civil penalties if they refuse to counsel on the so-called “benefits” of abortion and refer their patients directly to local abortion businesses.
A judge has granted a preliminary injunction for three pregnancy centers in Illinois that pro-life advocates hope will set the stage for a larger victory in that state. Lawsuits challenging the mandate have been filed by Alliance Defending Freedom and the Thomas More Society.
While at least one state—Connecticut—is also considering attacking the free speech and religious liberty rights of pro-lifers involved in pregnancy help work, the strategy has failed repeatedly at the local level.

Tweet This: Even the process for Hawaii's pro-abortion law is "mind-boggling." @annenifla @NIFLA #prolife

Past attempts by local authorities to compel pro-life pregnancy centers to post signage either declaring the services they do not offer or referring patients—even indirectly—to abortion providers have been struck down in New York City, Austin (TX), Baltimore (MD) and Montgomery County (MD), the latter of which cost taxpayers $330,000 in attorneys fees.
Godsey has urged pregnancy help centers and medical clinics in Illinois to refuse compliance, but has stopped short of doing the same for California and Hawaii, where the issue of referral for abortion services is less direct than its Illinois counterpart.
“Hawaii’s pregnancy help organizations are delivering caring, compassionate help for women and families at absolutely zero cost to the state’s taxpayers,” Godsey said. “No woman should ever feel so alone or trapped that she feels abortion is her only option, but this is exactly the situation laws like these create. Every woman deserves to have all the information she needs to make the healthiest choice for everyone involved in an unexpected pregnancy.”
Tagged under
Tweet