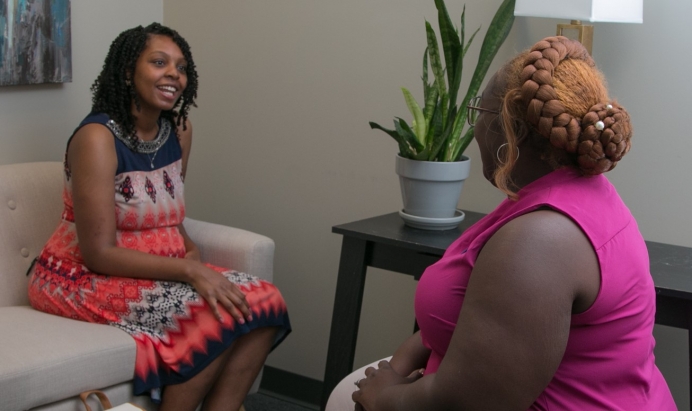 (Madison County Journal) This fall while a significant part of the country’s focus is turned towards Mississippi and the Dobbs v. Jackson Women’s Health Organization case being heard at the U.S. Supreme Court, little attention is being given to the long-standing work of Mississippians providing holistic help to women facing unplanned pregnancies. Life-affirming pregnancy centers across the Hospitality State are central to that pregnancy work. Their goal is to empower each woman (or couple) in every unique situation with hope and provide her with personally tailored support and resources for a way forward, all the while valuing both her life and the one she is carrying.

Many Americans have awaited the reversal of the extremely wrongly decided Roe v. Wade, and now the question emerges, “Are we ready for a post-Roe era?”  The 2,700 life-affirming pregnancy centers in the country, 33 of which are located in Mississippi, have laid a strong foundation for grassroots help through which professional-level care has been built up for many decades. These faith-based organizations represent a model for compassionate alternatives to abortion coupled with excellence in care during times of social, emotional and physical uncertainty.

Tweet This: The 2,700 U.S. pregnancy centers have laid a strong foundation for grassroots help where professional-level care has been built over decades

Tweet This: Pregnancy centers are compassionate alternatives to abortion with excellence in care during times of social/emotional/physical uncertainty

The value of all services and material items provided to 12,351 Mississippians at centers in 2019 was nearly $1.9 million. These figures don’t include the dollar value of linkages to care (housing, social service agencies, and more) and healthcare provided at centers. None of the centers studied received government funding.

Pregnancy center leaders typically study health statistics in their respective communities and seek ways to address both disparities and specific health objectives through their programming. Centers identify and target gaps in education and access to care to improve outcomes.

The Center for Pregnancy Choices (CPC) – Metro Area in Jackson has addressed maternal and child health outcomes through its Equipped Mom seminars. Mississippi ranks poorly in the nation in many maternal and child health categories, and the Equipped Mom seminars offer a route for education interventions. Of the 30 moms who responded to a survey after attending seminars, 100 percent attended regular obstetrical appointments; 97 percent were extremely satisfied with resources and information received in their group; 97 percent indicated they received information on dealing with stress; and 100 percent felt they received information on their rights during labor.

At the CPC, the goal is to see women thrive. It matters that they leave the clinic equipped and supported to have the best life possible for themselves and their families. If the services to women ended at the pregnancy decision, the CPC would not be providing a transformational experience. Through programs that address the whole woman, mind, body and soul, she is empowered for the rest of her life. The Jackson community has overwhelmingly supported this approach, because it ultimately eliminates the need for abortion by tackling barriers and obstacles women face.

As one CPC client recently shared, “I’m confident. I’m bold. If it wasn’t for the Center for Pregnancy Choices, I don’t know where’d I’d be. I’m very thankful for the resources that they have provided…the networks that they have collaborated with to help me to be where I’m at today.”

Tweet This: The CPC's programs address the whole woman, mind, body and soul- empowering her for the rest of her life- eliminating the need for abortion

Nationally, a 2020 CLI report showed that 2,700 pregnancy center locations served almost 2 million people in 2019 with services and materials conservatively valued at over $266 million. This included nearly half a million free pregnancy confirmation ultrasounds as well as free prenatal and parenting education provided by 86 percent of centers as core services. Over 10,000 licensed medical providers supplied professional care at centers as either staff or volunteers. Volunteers nationally number nearly 54,000. Women overwhelmingly reported positive client satisfaction at 99 percent on average per center for over 2,000 centers studied in 2019. In addition, services are expanding at many pregnancy centers which now include childbirth classes, STI treatment, and lactation consultations as well as newer initiatives such as outreach to victims of human trafficking who often suffer forced abortions.

Referral networks and allocations to pregnancy help continue to grow at the state level. All the while, pregnancy centers, along with groups like adoption agencies and maternity housing specialists, often called the service arm of the pro-life movement, set a bold example for what’s possible in a post-Roe era.  Truly, Mississippi is pointing to a better way forward.

Editor's note: This email address is being protected from spambots. You need JavaScript enabled to view it. is the executive director of the Center for Pregnancy Choices – Metro Area in Jackson, Mississippi. Moira Gaul is an associate scholar at the Charlotte Lozier Institute. This article was published by the Madison County Journal and is reprinted with permission.