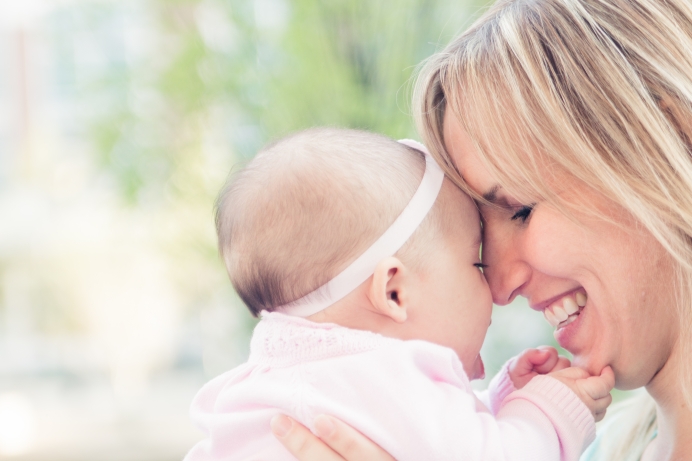 Next to Abortion Mill, Pregnancy Center Helping Moms Fall in Love with Their Babies via Ultrasound

When "Jenny" saw her son, "Michael", for the first time via ultrasound in 2014, the “crisis” of her unplanned pregnancy took an immediate back seat. She had fallen in love, and there was no going back.

Working a full-time job and planning to start college the next semester, Jenny would have been an easy target for the abortion industry and its Duluth outpost—kitty-corner from Women’s Care Center. Instead, she’s now the mother of a 3-year-old and pursuing her newfound goal of working with babies in the medical field.

“The ultrasound made it so real,” Jenny said. “He kept moving his little arms like, ‘Hey, I’m here!’”

Adding a new, upgraded ultrasound machine this summer, Women’s Care Center is hoping the machine’s 4-D capabilities will help even more women like Jenny fall in love and choose life for their babies.

Jennifer Woodall, executive director for Women’s Care Center of Duluth, told reporters at a local Fox affiliate the donation was “an incredible blessing,” especially considering the need represented by Duluth’s poverty rate—which is 10 percent higher than the state’s average.

“Being able to offer this no matter what their financial background is or whether they have health insurance or not—it’s a way to give back to our community,” Woodall said.

The machine was donated by a local chapter of the Knights of Columbus, a Catholic fraternal organization that has raised over $36 million to place 752 ultrasound units at local pregnancy help medical clinics in all 50 U.S. states since 2009.

Located just across the street from the only abortion mill in Northern Minnesota, Women’s Care Center of Duluth is part of a 26-site group that serves in nine states.

Tweet This: "The ultrasound made it so real. He kept moving his little arms like, 'I'm here!'" #prolife @KofC

Since opening its doors in March of 2013 the center has performed more than 800 free ultrasounds and reached over 1,500 individual clients just a matter of steps from an abortion business that claimed 398 preborn lives in 2015.

Over 40 locally funded pregnancy help centers offer ultrasound in Minnesota, compared to just six abortion businesses and a total of 12 abortionists still in practice throughout the state, where a recent report shows 2015 overall abortion numbers at their lowest since 1980.

Abortion numbers are falling steadily in Minnesota—even while the state has seen a recent uptick in taxpayer-funded abortions—in large part because of the life-saving work going on every day at outreaches like Women’s Care Center.