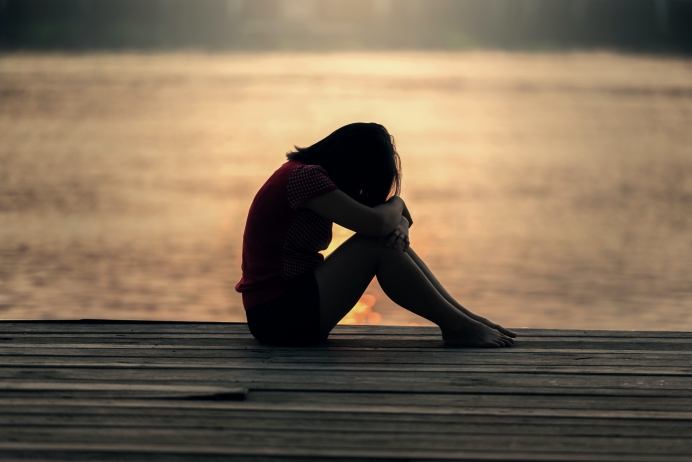 The U.S. Food and Drug Administration (FDA) has said it will not enforce abortion pill safety requirements that have been in place for two decades to help keep women safer, drawing condemnation from pro-life supporters.

The Biden administration’s FDA said this week it “intends to exercise enforcement discretion” of its Risk Evaluation and Mitigation Strategy (REMS) for the abortion pill as long as the COVID-19 “public health emergency” is in effect. This allows the abortion drug to be dispensed without an in-person exam with a physician and for it to be procured through the mail.

This drew strong reaction from advocates for life, who say this “puts women's lives at risk,” and called it “pure politics,” a political agenda superseding the health of patients, and “callous capitulation” with big abortion.

Pro-life advocates have long said that the REMS is necessary to help protect women from the dangerous abortion drugs.

The pro-abortion American College of Obstetrics and Gynecology (ACOG) sued the FDA in May of last year to lift the restrictions during the pandemic.

Then last July U.S. District Judge Theodore Chuang suspended the REMS requiring women to visit a hospital, clinic or medical office to get the abortion pill.

The Trump administration appealed the decision, also seeking review from the Supreme Court, which upheld the FDA REMS in January, pending the lower court reaching a decision on the appeal.

In a modified court order later last August, Chuang had also allowed the abortion drugs to be accessed online and in pharmacies without an in-person doctor visit.

Earlier this week on April 12, Acting FDA Commissioner Janet Woodcock informed ACOG that the FDA lifted the requirement for women to get the abortion pill in person from a doctor, consequently thwarting the SCOTUS ruling.

Nothing to see here

The FDA’s Center for Drug Evaluation and Research (CDER) “conducted a literature search for studies pertinent to the in-person dispensing requirement,” Woodcock’s letter stated, and found overall that “these studies do not appear to show increases in serious safety concerns (such as hemorrhage, ectopic pregnancy, or surgical interventions)” due to relaxing the REMS during the COVID-19 pandemic.

The chemical abortion process involves two drugs. The first drug, RU-486, or mifepristone/Mifeprex, blocks progesterone, the natural hormone in the mother’s body necessary for a pregnancy to thrive. The second abortion drug, misoprostol, is taken a day or so later, and causes the mother to then deliver her deceased child.

The possible complications associated with chemical abortion include an incomplete abortion, potentially resulting in the need for a follow-up surgical abortion, heavy and prolonged bleeding, infection, fever and digestive system discomfort, according to the Mayo Clinic. Numerous additional negative side effects have also been reported.

Given the prevalence of the “at-home” circumstance with chemical abortion, when complications occur, the woman is largely left to deal with them at home, potentially alone.

A great cost to the health and safety of women

Representatives of Heartbeat International were among those to criticize the FDA’s declining to uphold the REMS. Heartbeat, in its 50th year, is a network of nearly 3,000 pregnancy help organizations worldwide, including pregnancy centers, medical clinics, non-profit adoption agencies and maternity homes.

“We’ve long known that mifepristone is a dangerous drug with chemical abortion having four times the risk of surgical abortion,” Brown said. “This move of the FDA is not in the best interest of women who will be put at greater risk as they manage their own abortions with very little assessment or medical oversight.”

“The idea of safe and rare abortions has been replaced with access to immediate abortion at all cost,” Brown said, “even if it costs the health and safety of women.”

Heartbeat International President Jor-El Godsey noted the discrepancy between the FDA decision not to uphold the REMS and other safety measures related to the pandemic.

“Just as the FDA is recommending a pause on Johnson and Johnson vaccine "over six reported U.S. cases" associated with blood clots, they are relaxing rules for chemical abortion,’ said Godsey, “even though there is a substantially greater percentage of women adversely affected by chemical abortion; mifepristone.”

“Elections should not matter when it comes to protecting women's health,” Godsey continued. “Clearly they do when it takes only three months and an "Acting" Director to rule in favor of Big Abortion over women's health.”

"I have worked in the pregnancy help community for more than 25 years,” said Heartbeat’s Vice President of Mission Advancement Cindi Boston-Bilotta. “Experience teaches us, through the feedback of women we serve and advertising available to the public at large, that abortion providers do not always follow the dates recommended by the FDA for chemical abortions or surgical abortions.”

“If this is a woman's health issue,” she added, “you would think they would want to follow the strongest health standards of care."

Not good healthcare; Not good medicine

The FDA’s decision is not good medicine and threatens women’s lives, said Dr. William Lile, a practicing OB-GYN who advocates for life through his website ProLifeDoc.org.

A pregnancy test only tells a woman that she is pregnant, Lile said, but it does not tell the woman where she is in her pregnancy. Further, side effects from the chemical abortion pill can mirror symptoms of ectopic or tubal pregnancy.

“Not only are women being sold the lie that abortion will solve their problems, but also that chemical abortion is a safe and easy way to go about it”

The chairman of the U.S. Conference of Catholic Bishops’ Committee on Pro-Life Activities offered a stern response as well.

“It is difficult to see the FDA’s decision to not enforce important safety protocols as anything other than callous capitulation to the requests of abortion activists without regard for the health and safety of the women involved,” Archbishop Joseph F. Naumann of Kansas City said in a statement.

Tweet This: It's difficult to see the FDA’s decision to not enforce safety protocols as anything other than callous capitulation to abortion activists

Naumann also pointed that an in-person evaluation by a medical professional is necessary to accurately determine the age of the baby, and also to test and treat for Rh-incompatibility between mother and baby.

“Without this information and proper treatment, a woman’s health, future fertility, and life are placed in serious jeopardy,” he said.

“With this decision, not only are women being sold the lie that abortion will solve their problems, but also that chemical abortion is a safe and easy way to go about it,” said Naumann. “By pushing women away from medical oversight, abortion advocates are luring women into isolated, unsafe, and medically unwise decisions. The inalienable dignity of women and their unborn children deserves so much more.”

“The FDA’s announcement [] that they plan to lift safety restrictions that govern the dispensing of medication abortions makes women’s health simply a pawn in the effort to push for more abortion,” AAPLOG said in a detailed statement.

“They have chosen to completely ignore the thousands of women who are showing up in their local emergency rooms due to heavy bleeding, retained tissue, infection, or other complications as a result of medication abortions,” it said.

A recent analysis of the Adverse Events submitted to the FDA with the REMS in place shows over 3000 women suffering with complications, AAPLOG said further, of which 24 of those women died, and another 500 would have died if they had not reached emergency medical care in time.

“These numbers will only increase if the current REMS, which require that a woman be seen and evaluated by a licensed healthcare practitioner prior to receiving the medications for an abortion, are removed,” AAPLOG said. “This requirement is not restrictive – it is protective.”

“Abortion industry profits over the health and safety of women”

Pro-abortion activists have exploited the COVID pandemic from its beginning, SBA List said in a statement, working to end safety precautions to facilitate expansion of the spread of “dangerous chemical abortion drugs.”

“This decision prioritizes abortion industry profits over the health and safety of women and puts the abortion extremism of the Biden-Harris administration on full display,” said SBA List President Marjorie Dannenfelser.

The group noted a recent study that reviewed reported adverse events over a 20-year period resulting from the chemical abortion pill which found that women can experience severe side-effects after taking the abortion pill, including heavy bleeding, intense pain and even death.

“This decision is pure politics,” Dannenfelser added. “The Biden-Harris FDA is acting in the financial interest of the big abortion lobby. This is flagrant and dangerous disregard for the health and safety of American women and girls.”

The Charlotte Lozier Institute (CLI), the research and education arm for SBA List, determined that the FDA’s decision to relax enforcement of safety protocols for chemical abortion “ignores the risk of increased mortality and morbidity for women taking the abortion pill.”

The FDA’s literature review did not include numerous studies and articles that have found the abortion pill leads to higher health risks and “deprives women of critical medical information and safety precautions related to the use of abortion pills,” CLI said.

“Beyond the health risks, the FDA’s action to facilitate abortion by mail aggravates the risk to women from unsafe black-market abortion pills and from being subjected to chemical abortions without their consent,” CLI President Chuck Donovan stated. “This decision is dangerous for women and will invite additional abuse of women at the hands of abusive partners and sex traffickers.”

Giving Planned Parenthood what it wants

The FDA decision to do away with the in-person requirement for chemical abortion “ is exactly what Planned Parenthood wants in order to prevent women from encountering pro-life sidewalk counselors who offer them accurate information about the devastating consequences of abortion,” Life Legal Defense Foundation (LLDF) said in a statement.

“Because women no longer have to take the first dose of the abortion pills in the presence of a physician, it will be impossible to know whether they actually take the drugs or not – or whether abortions are forced on them without their consent,” LLDF said.

Chemical abortions currently comprise over 40% of all U.S. abortions, the legal non-profit noted, “so data on abortion rates and complications will be unreliable at best, and ultimately meaningless. Again, this is exactly what Planned Parenthood wants – zero factual reporting and zero accountability.”

“With this action, the Biden administration has made it clear that it will prioritize abortion over women’s safety,” said Jeanne Mancini, president of the March for Life, in a statement.

“Allowing unsupervised chemical abortions via telemedicine, without requiring timely access to medical care, will put women in grave danger,” Mancini said. “Data released in 2018 by the FDA shows thousands of adverse events caused by abortion pills, including 768 hospitalizations and 24 deaths since 2000. Chemical abortions should have more medical oversight not less.”

Heartbeat International’s Brown said that the FDA’s failure to protect patients in disregarding the REMS implies that chemical abortion is just a magic pill that makes a pregnancy disappear - and nothing could be farther from the truth.

Given this, Brown asked, “How many more women have to be harmed for our society to see that this is not healthcare and not safe for women?”