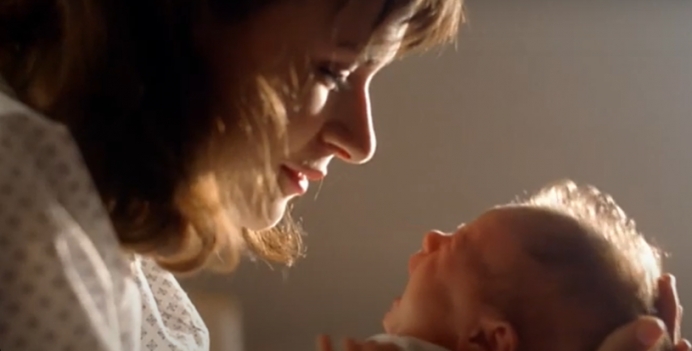 A coalition of leading pro-life organizations has embarked on a major effort to promote abortion pill reversal in the medical community.

On Monday, the American Association of Pro-life Obstetricians and Gynecologists (AAPLOG) launched a new page of its website dedicated to Abortion Pill Reversal, a renowned life-saving treatment proven to stop in-progress chemical abortions. Together with Heartbeat International and Live Action, the group presents an in-depth video and FAQ section targeted at educating health care workers about the science and success of the treatment.

“Everyday women take the first dose of the abortion pill and regret their decisions,” said Christa Brown, director of Medical Impact for Heartbeat International. “Thankfully there is help available and a way that they can reverse the effects of the abortion pill.”

Tweet This: Every day women take the 1st abortion pill & regret their decision. There is help and a way they can reverse the abortion pill's effects

Brown oversees the daily operations of the nurse-staffed hotline that takes calls 24/7 for the Abortion Pill Rescue® Network (APRN), which is managed by Heartbeat.

Heartbeat International is the largest network of pro-life pregnancy help organizations in the world. The APRN, which the organization acquired in 2018, consists of some 1,000 medical providers and pregnancy help centers who facilitate Abortion Pill Reversal.

“We have a hotline and a team of nurses waiting to help 24 hours a day, seven days a week,” Brown said. “Every woman who has regret after starting a chemical abortion deserves the chance to continue her pregnancy – to save the life of her child.”

Tweet This: Every woman who has regret after starting a chemical abortion deserves the chance to continue her pregnancy – to save the life of her child.

Each month, more than 150 women who regret their abortion decisions start abortion pill reversal through the APR Network. Data shows that more than 2,500 lives have been saved through the Abortion Pill Reversal protocol.

“These lives have been saved because of brave women who chose life after starting a chemical abortion and the work of our network providers,” said Brown.

Developed more than a decade ago by physicians George Delgado and Matt Harrison, Abortion Pill Reversal is based on the decades-old medical use of progesterone to prevent miscarriage and preterm birth. Progesterone is an essential, natural hormone that a woman’s body produces to sustain her baby through pregnancy.

A chemical abortion, otherwise known as a “medication abortion” or “the abortion pill,” consists of two drugs, typically mifepristone and misoprostol.

However, if a woman changes her mind after taking the first drug, there may still be hope.

Brown said that AAPLOG is a powerful organization that speaks boldly on behalf of the preborn children that APR saves from abortion, but they also understand the potential long term adverse consequences of abortion on women.

“Their practice bulletins, committee opinions, position statements, and journal empowers medical professionals to practice medicine in the Hippocratic tradition by promoting health and healing and never taking the life of a patient,” she told Pregnancy Help News.

“They want the best for both patients,” added Brown. “AAPLOG is the largest group of board certified. professional medical experts in the pro-life movement. They have long been supporters of Abortion Pill Rescue, pregnancy help clinics, and the rights of women to have choices after starting a chemical abortion.”

The success of Abortion Pill Reversal has garnered the scorn of pro-abortion activists over the last decade.

With this rise in chemical abortions has come a rabid defense of the practice by abortion advocates. Instead of embracing abortion pill reversal as a “reproductive choice,” they have lashed out at the protocol and its providers, smearing the treatment as “junk science.”

In 2019, they initiated a small study on abortion pill reversal, cutting it short when the chemical abortion process caused excessive bleeding in the women being studied. The lead researcher of the study, Mitchell Creinin, and the media falsely blamed the bleeding on Abortion Pill Reversal itself.

In September, at the behest of abortion activists, both Google and Facebook banned advertisements for the life-saving protocol. Heartbeat International and Live Action, which had both orchestrated ad campaigns promoting the treatment, were immediately impacted.

And so too were the lives of mothers and their unborn children.

This week’s announcement on expanding the use of abortion pill reversal shows the pro-life medical community won’t be throwing in the towel any time soon.

“AAPLOG is a group of 4,500 medical professionals and are a voice of reason to those who strive to care for their patients in a way that supports dignity and the value of life,” Brown said.

As chemical abortions continue to rise, the need and desire for Abortion Pill Reversal will also grow. As it does, a whole network of life-affirming medical providers will be there to offer women and their babies a second chance at life.