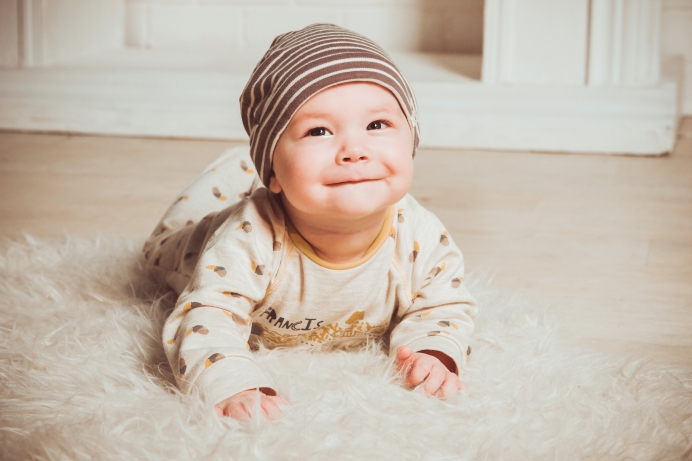 Sanctity of Human Life Month 2022 - much to celebrate

January 2022 marks almost five decades since the U.S. Supreme Court Roe v. Wade decision that legalized abortion in our country. During the past 49 years, more than 63 million unborn lives have been sacrificed. Despite that horrific number, this January, the month, Sanctity of Human Life Month, the pro-life movement has much to celebrate at the national, state, and community levels.

The Supreme Court took up Mississippi’s Dobbs case last month, a move many in the pro-life movement view as a positive step.

Speculation in a recent Live Action article offered that: “The fact that the Court agreed to hear the case in the first place indicates that it is ready to issue a change in abortion-related decisions. If the Court intended to strike down Mississippi’s law and reaffirm Roe v. Wade, it could have accomplished that by refusing to grant the request for a hearing. The Court’s hearing of the case gives a strong indication that at the very least the Court intends to uphold the constitutional validity of Mississippi’s 15-week protection.”

The Justices also heard arguments on the Texas heartbeat law, letting the measure stand for now, but also allowing for lawsuits on different aspects of the law.

Because of these national court actions, many people anticipate a potential reversal on Roe, with abortion regulation going back to the states.

Federal courts don’t always look favorable upon pro-life measures. The same is true with big business. Technology plays a pivotal role in daily life. Women seeking abortion search online, and women seeking information about stopping their abortion look for answers on the internet as well. Despite the censorship for online ads regarding Abortion Pill Reversal from tech companies like Google and Facebook, Heartbeat International’s Abortion Pill Rescue Network® achieved a milestone in 2021 with 3,000 lives saved from abortion since the protocol began more than a decade ago.

Celebrations continue at other levels.

From Washington D.C. to Chicago, from Casper, Wyoming, and beyond, pro-life marches are taking place across the country this month.

The National March for Life happens in the nation’s capital Friday, January 21, and Students for Life will host a National Pro-Life Summit the following day. In my own community of Casper, a March for Life took place on Saturday, with people walking from a downtown church to the courthouse. On Saturday, January 22, a march takes place in Wyoming’s capital, Cheyenne.

Since the Supreme Court upheld the Texas heartbeat bill, several other states are eying similar legislation. South Dakota Governor Kristi Noem requested that legislators bring a similar bill to her desk this year in her state-of-the-state address to, and a Florida state legislator recently introduced a measure mirroring the Texas law.

Additionally in South Dakota, Noem signed a measure and the legislature approved her executive order that prohibits the mailing of abortion pills into the state. Such moves by state officials to protect women, who may or may not know what they would be putting into their bodies through such “pills by post” schemes, could save lives, both the unborn and the mother.

Individual communities have also begun taking a stand for life. Sanctuary cities for the unborn continue to spread. The movement began in Texas; communities in other states, including Nebraska and Ohio, soon followed. City ordinances banning abortion in their communities may not always be well-received but still arise.

So do pregnancy centers. In the past few years, new life-affirming centers launched in North Carolina, Georgia, and Napa, Ca.

Pregnancy centers commit to the communities in which they serve. True Care Women’s Resource Center celebrates 35 years in Casper this year; other centers possess such longevity, which is also something to celebrate.

Pregnancy centers have significant positive impact on communities and individuals. Each day, staff and volunteers speak with women and men who often see abortion as their only option. They provide services free of charge and offer people the opportunity to know the love and grace of Christ.

Individuals make up communities, and in those communities, many openly take a pro-life stance. Whether a person works or volunteers at a pregnancy center, donates through Baby Bottle campaigns, walks, and other fundraisers, or participates in marches or prayer vigils at abortion clinics, their impact is widespread. For example, the 2021 40 Days for Life campaigns saw double the impact over the previous year, with more than 2,500 women and babies saved from abortion. Additionally, at least 18 abortion workers leave their jobs. The next campaign takes place in March 2022.

No matter what happens in the court systems or at the local, state, and federal legislative levels, this world will always need pregnancy centers. Unplanned pregnancies have taken place since time began, and further, sexual violence, including human trafficking, is, sadly, an unending blight. Compassion, education, and services are, and will always be, in great need.

Tweet This: No matter what happens in the court systems or at the local, state, and federal legislative levels, this world will need pregnancy centers.

Those of us in the pro-life and pregnancy help arenas will not sit on our laurels; we will continue to impact others for life, celebrate each big and small win, and trust the God who knows, and holds, the future.