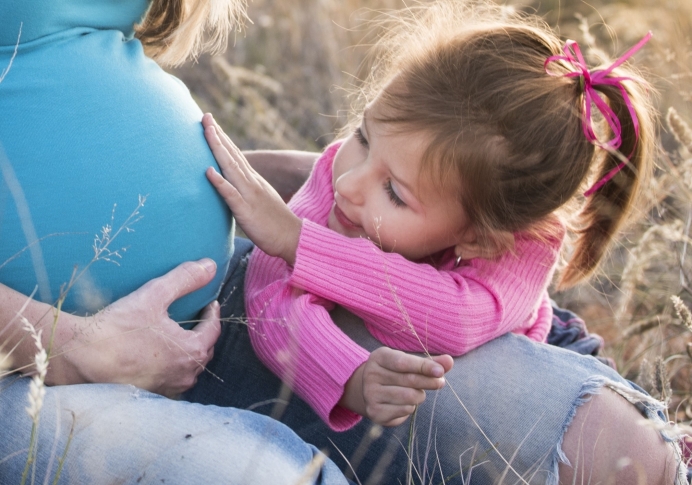 With chemical abortion on the rise, approaching nearly half of all abortions conducted in the U.S., Abortion Pill Reversal (APR) is regularly subject to pro-abortion attack. A leading pro-life research group has released a study showing the safety and effectiveness of the medical protocol that gives women who have started a chemical abortion a second chance.

The CLI report, titled, "Abortion Pill Reversal: A Record of Safety and Efficacy," provides detailed descriptions of how chemical abortion works, as well as how and why the APR protocol works.

It also covers how progesterone has been used in pregnancy since the 1950s, offering supporting research, including case studies, and stating that it "has an extensive safety record."

The report also notes how abortion provider, abortion pill manufacturer consultant and APR critic Mitchell Creinin wrote along with other abortion doctors in a 2020 practice bulletin for the American College of Obstetricians and Gynecologists (ACOG) that administering a particular form of progesterone during a chemical abortion “may increase the risk of ongoing pregnancy.”

CLI’s report includes as well how Creinin’s incomplete study, intended to debunk APR and frequently used to debase the protocol, actually demonstrated that progesterone taken following mifepristone has a protective effect against hemorrhage.

CLI’s final takeaway in the report:

“Multiple studies throughout the world continuously produce positive results regarding the use of progesterone in pregnant women. Progesterone has been shown to help reduce the risk of miscarriages and lower the rates of preterm birth. APR is a cutting-edge application of this time-tested, FDA-approved treatment used for decades to provide women who regret taking the first abortion pill with a chance to reverse the effects and ultimately save their pregnancies.”

Tweet This: APR is a cutting-edge application of a time-tested, FDA-approved treatment used for decades in pregnancy

Christa Brown, Heartbeat International’s director of Medical Impact, remarked on how CLI’s analysis shows that there is a need for Abortion Pill Reversal to be available to women.

“This report makes clear the increased need for APR, its safety and its effectiveness,” Brown said. “As the numbers of chemical abortions increase, there are also a growing number of women also changing their minds after starting these abortions.”

Demand for chemical abortions is on the rise as noted in another CLI report on abortion trends and therefore the abortion industry is focused on increasing distribution of abortion pills to ride the wave of this trend.

The choice the abortion industry always supports is abortion, with militant consistency.

While abortion providers and other abortion proponents pressure the Food and Drug Administration (FDA) to open the floodgates of abortion pill distribution online without a doctor visit to verify gestational age or uterine implantation, they continuously attack the opportunity for women to have the choice to change their mind after starting a chemical abortion.

In response to these practices, Dr. Brent Boles, ARPN provider and medical director, stated, “Undoubtedly, women will be harmed by this callous and careless attitude toward the safety of women who choose abortion.”

With chemical abortion there is also now a rise in women second guessing their choice at a moment when there is still opportunity to save the unborn child.

“This strong regret doesn’t fit the narrative of Big Abortion,” Brown said, “but we hear it every day from women who call the APR hotline.”

“The desperation for assistance is often swift, most calling us within 24 hours of taking the first drug in a chemical abortion, mifepristone,” she said. “Thankfully we have a protocol that is very simple and works to quickly counteract the effects of that drug and women are commonly thrilled to hear that there is still hope.”

Chemical abortion is a pill-induced process, usually performed in the U.S. within 10 weeks of conception. It involves two pills, the first of which opposes the actions of a hormone called progesterone; the second pill acts to trigger contractions so that the unborn baby is expelled.

APR enables women who have taken the first abortion pill to potentially change the outcome of the anti-progesterone pill and thus have another chance to choose life for their unborn child.

Progesterone has been used for nearly 70 years to help preserve pregnancy during other events that threaten the fetus and has generally been considered safe.

CLI’s report is great news bringing hope and a future to women and their families.

Heartbeat International documents many APR stories where this breakthrough in medical care has resulted in the birth of a healthy baby, with over 2,500 successful reversals so far.

Still, the abortion lobby continues its attempts to cast doubt on the safety and efficacy of the protocol - even standing in the way of women learning about this option. The idea that women could regret their abortion and desire a different choice is not in line with either the abortion industry’s mission or business model.

Leading abortion providers in the abortion industry have admitted that continued pregnancy is a potential “side effect” of progesterone administered before the second chemical abortion drug. Other entities have acknowledged this as well.

The pregnancy help community and the APRN serve women every day armed with the knowledge that progesterone is safe and effective.

“As the CLI report outlines, this (APR) reversal process is safe for both mom and baby, is highly effective,” Brown pointed out, “and should be available to anyone who has regret after taking mifepristone.”

“No one should be forced to complete an abortion,” she said.

“Each of these are children,” Brown continued, referencing the more than 2,500 lives saved through APR to date. “They were once counted as an abortion statistic, but their mothers found the courage and fortitude to make a different choice and save the lives of their children.”

For more information on Abortion Pill Reversal and the APRN, click HERE and HERE.